As I approach a questionable back alley in Singapore and enter a huge unassuming steel door sat along graffiti walls, I can’t help but feel a little like Alice wandering through some dystopian rabbit hole. Meandering through a jungle-like walkway complete with a winding concrete tunnel, I find myself at an underground club—the Kilo Lounge. Famously known among Singapore partygoers, Kilo is the perfect setting for the Braun Büffel Autumn/Winter ’18 preview. With raw concrete finishings, shuttered grills, and low wood-panelled ceilings, the venue screams grungy nights, and is precisely what inspired Fabio Panzeri, creative director of Braun Büffel, this season. 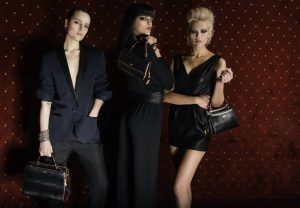 Panzeri, who worked with Prada and Dolce & Gabbana in the past, is known for his malleable and versatile design approach, and that landed him at Braun Büffel earlier this year, with the task of refashioning the 131-year-old German brand. I spot him from across the room, with his signature all-black ensemble and full-sleeve tattooed arms folded over each other—intimidating, to say the very least. But as we sit down to speak about his work, his enthusiasm and desire to bring a touch of modernity to the heritage brand comes through, and it all clicks: his soaring career is made possible by his ability to look at the brand as an outsider. “I try to translate the potential of the brand and push it in a new direction in respect of the brand,” he explains. “If you’re really stuck inside the brand, it is difficult.” 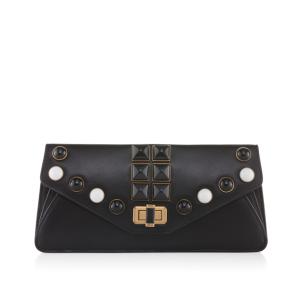 Gaining perspective may be easy for the designer but reinventing a brand that’s been around for over a century certainly is not. Evolution is key, he says. “To be classic means to be modern. With a classic brand, you have a lot of power to try new styles and you must believe in the brand to introduce new products,” he elaborates. “It’s a question of evolution. If you want to be classic, you have to evolve.” And evolve, it certainly has. Braun Büffel Autumn/Winter ’18 screams edgy-grunge, with a hint of rock ’n’ roll glamour. Panzeri brings the brand back to the glamorous ’70s, with a collection that’s reminiscent of Studio 54 nights in its heyday. He also incorporates pop art influences to give a playful twist to the sophisticated collection. Case in point: the whimsical adventures of Buffy & Bully are captured in an imaginative envisioning of Andy Warhol and Edie Sedgwick, set in contrast against the radical nature of ’60s New York. 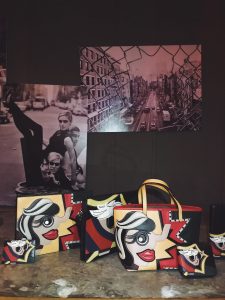 A homage to Andy Warhol and Edie Sedgwick 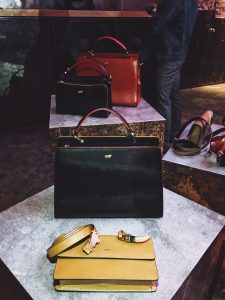 Panzeri’s reasoning for the decision to inject pop art into the collection is to create a small revolution within the brand. “[Don’t] consider it as a men’s or a ladies collection but more of a unisex image,” he says. “The subliminal message is to be really futuristic. To be classic is to be modern, and to be classic is to have an open mind.”

24 hours in Singapore to discover @braunbuffel’s FW18 collection with creative director @_fabiopanzeri_ that is inspired by the glamorous 70’s and the grunginess of Studio 54. From a rock ‘n’ roll adaptation of the brands signature Kelis bag to an injection of youth with the whimsical Bully and Buffy collection, bringing a message of women empowerment through pop art. We have our eyes on the Kelis to bring out that rocker chick! Which arm candy are you ogling at? ? #BraunBuffelMY #BBFW18

Here, Panzeri’s conveys a more optimistic future—one that is not constricted to social confines. “The new generation is totally open. That’s why the next collection will be in a different country in a different age, with no time and without borders,” muses Panzeri. “A new energy, to be open.” The way Panzeri is steering Braun Büffel is reflected in his own career progression; an unassuming start but a journey as remarkable as the tale.