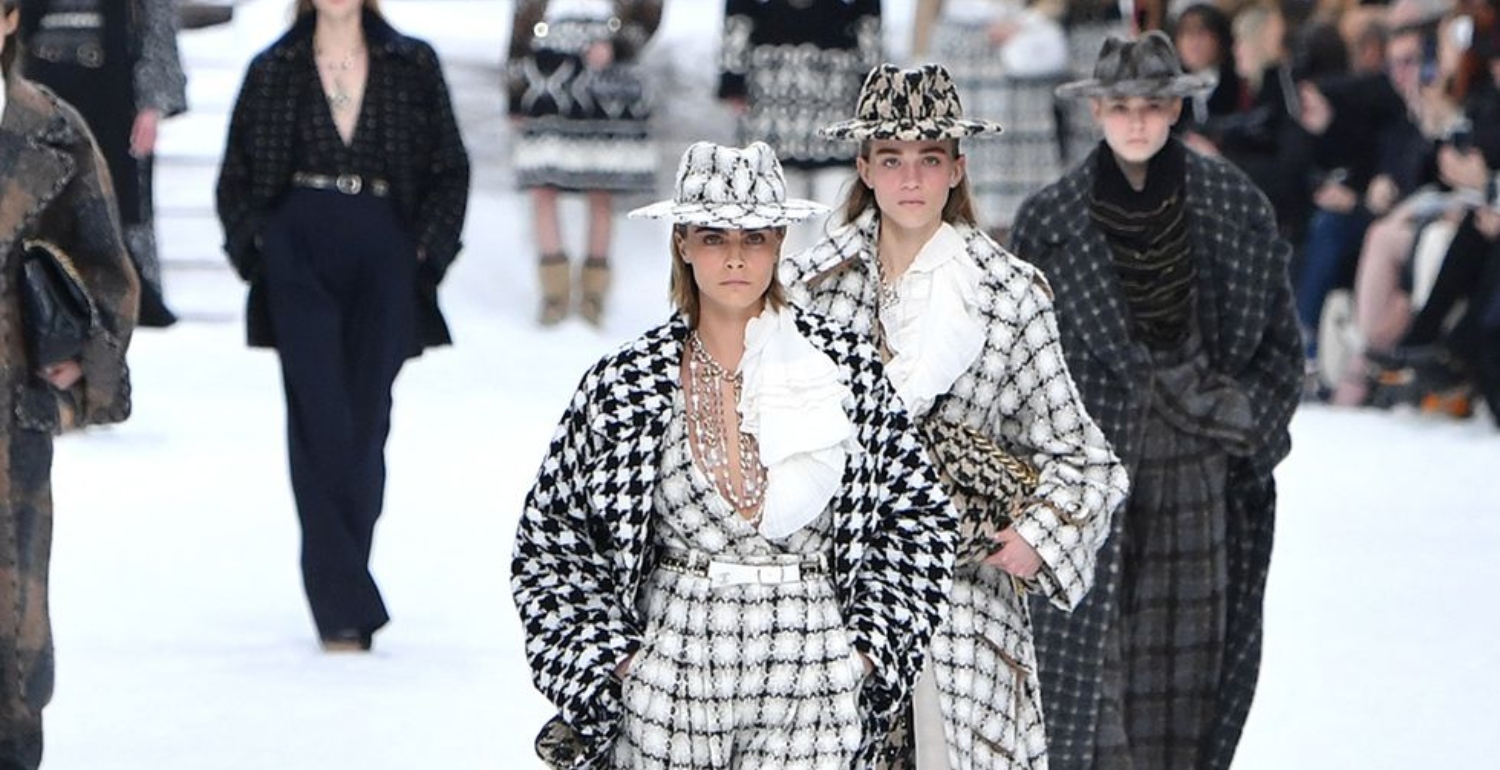 Fashion /
Fashion News
“This was a moment to look to the future, as well as honouring the past.”
By Justine Picardie 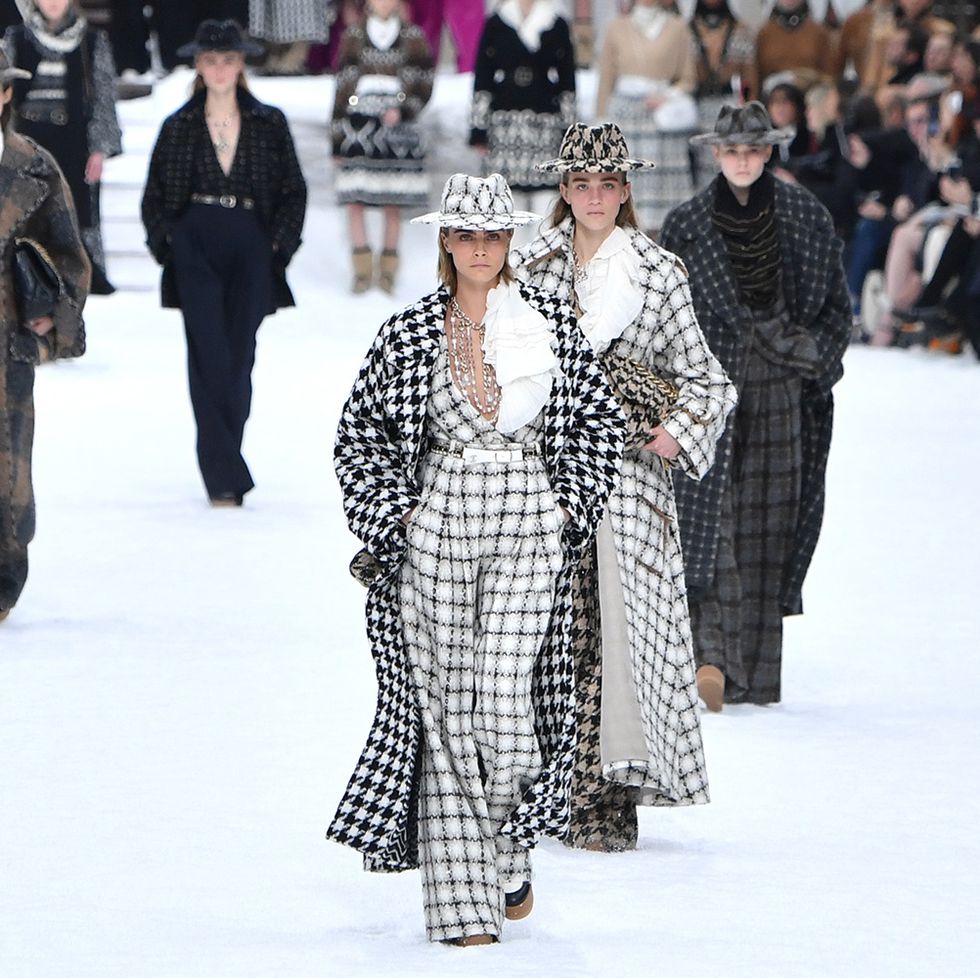 It began with a minute’s silence, and ended with a standing ovation: Karl Lagerfeld’s final collection for Chanel was accompanied by tears (from the models and the audience alike), and, perhaps, by an implicit acknowledgement that this was a moment to look to the future, as well as honouring the past. Lagerfeld would have wanted nothing less for Chanel, a brand that cherishes its extraordinary legacy, while also moving forward, and endlessly shaping a new era. 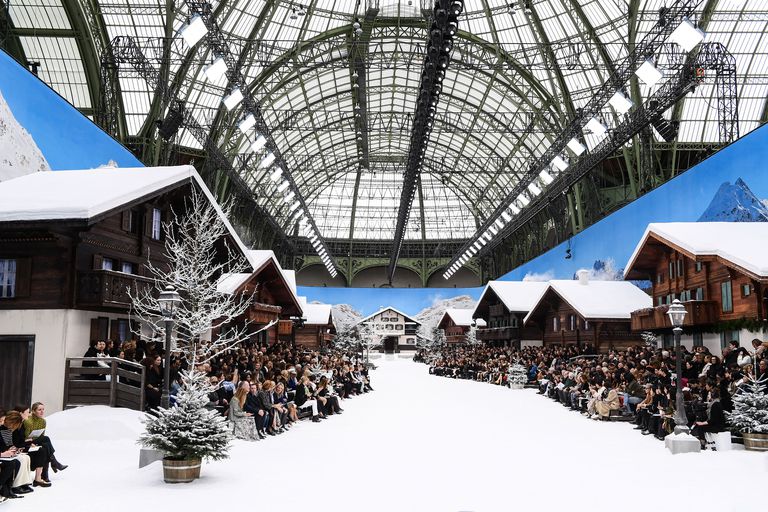 The concept for the collection – an Alpine landscape, with a snow-covered runway and charming wooden chalets – would have been dreamt up by Lagerfeld before his death two weeks ago, and the outline of the designs was his. But it was Karl’s right-hand woman – Virginie Viard, recently announced as Chanel’s new artistic director of fashion – who brought his ideas to fruition for this show, with an intuitive understanding born of 32 years working beside him.

And, even before Karl took over at Chanel in 1983, the spirit of its founder still influenced the look and feel of the brand. Coco Chanel was born in 1883, launched her business in 1910, and by the time of her death in 1971 she had forever changed the way that women dressed. Her iconography remained visible in the latest collection: camellias, pearls, the double C logos, black and white silks and sequins, fluid tweed jackets, feather-light cashmere and soft jersey. 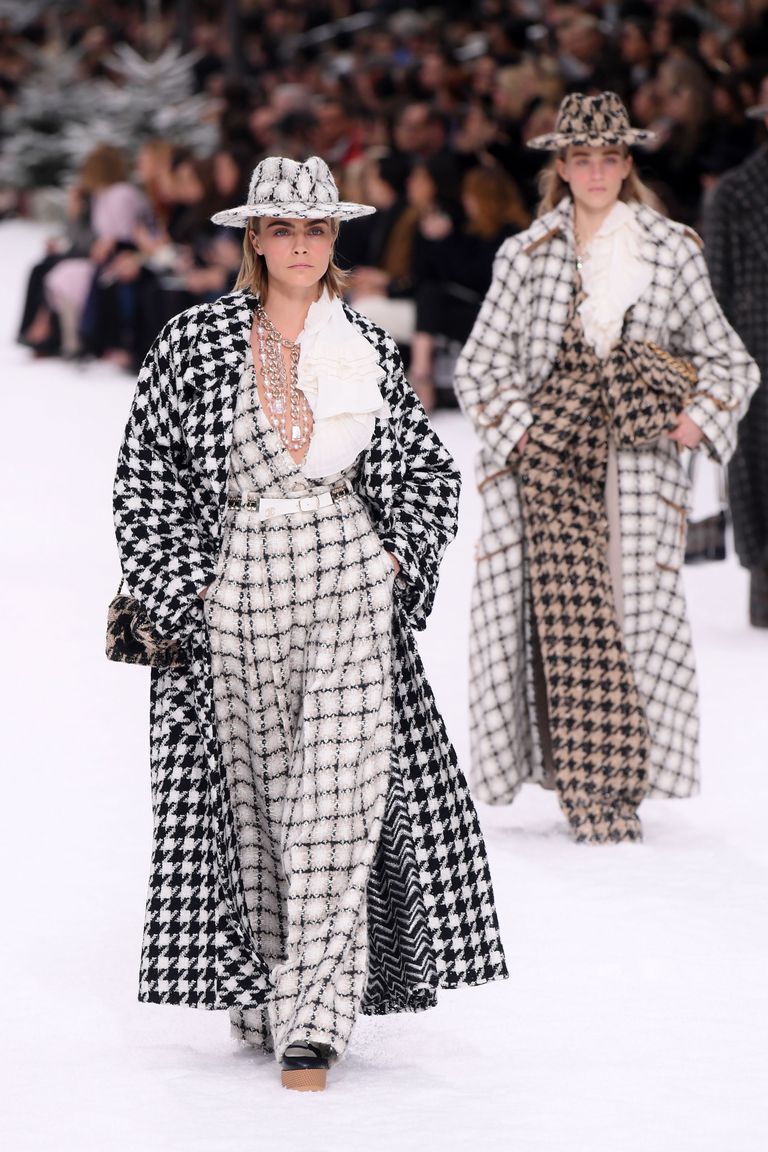 Chanel came of age in a world where women were defined by the men who controlled them – but she conceived a form of female sartorial dignity, stripping away corsets, introducing trousers for women, and sporting outfits that allowed them to run, to dance, to work, to breathe, and yes, to go skiing if they so chose. 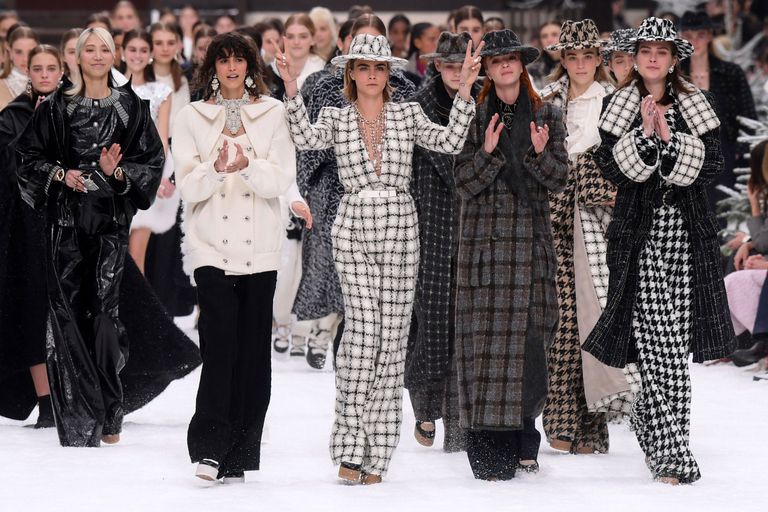 All of this freedom was manifested in today’s collection, which showed a modern version of the slouchy trousers that Chanel made so desirable in the 1920s; graceful capes, perfect tailoring, and boots to traverse mountains, as well as navigate city streets. As Karl himself observed, in one of his last and most evocative illustrations, which depicted him standing alongside Coco Chanel, ‘The beat goes on…’ And long may we march to their drum.