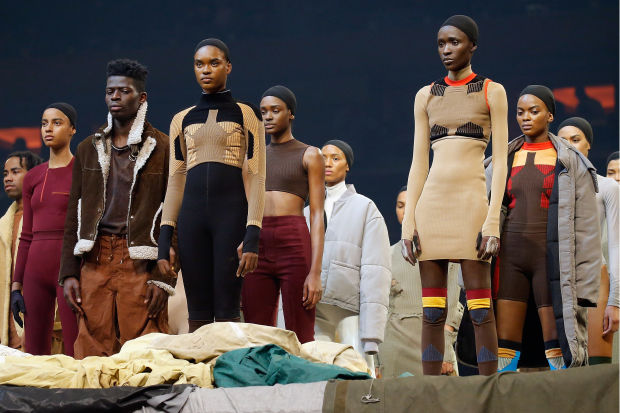 When Kanye West announced that his “Saint Pablo” tour would pass through New York City’s Madison Square Garden on Sept. 5 and 6 — just days before the official kickoff of New York Fashion Week — we had a sneaking suspicion that he’d stay in town to present his next Yeezy collection, created in collaboration with Adidas. So, it doesn’t quite surprise us that Yeezy Season 4 is officially happening: WWD broke the news on Wednesday that West will follow up his February MSG album release slash fashion show spectacular on Wednesday Sept. 7, the (unofficial) first day of NYFW. A rep for West confirmed the news to Fashionista, saying the event will take place during the day, with the time and location to be determined. West has developed a track record of announcing his shows at the last minute, forcing smaller brands toc hange time slots or compete with him, and his decision to show on a day with fewer shows on the schedule seems a tad more considerate.

While the first two Yeezy Season presentations were held at gallery-like venues typically used for fashion shows, Yeezy Season 3 blew that far out of the water with a packed arena — tickets were available for purchase to the public — and a cast of over 1,000 models. Now that Adidas and West have expanded their partnership — the brand is hiring an entire team to support the Yeezy design vision, and has plans to dedicate stand-alone stores to the line and add more categories — we’re thinking the upcoming event will be mega-sized, too.