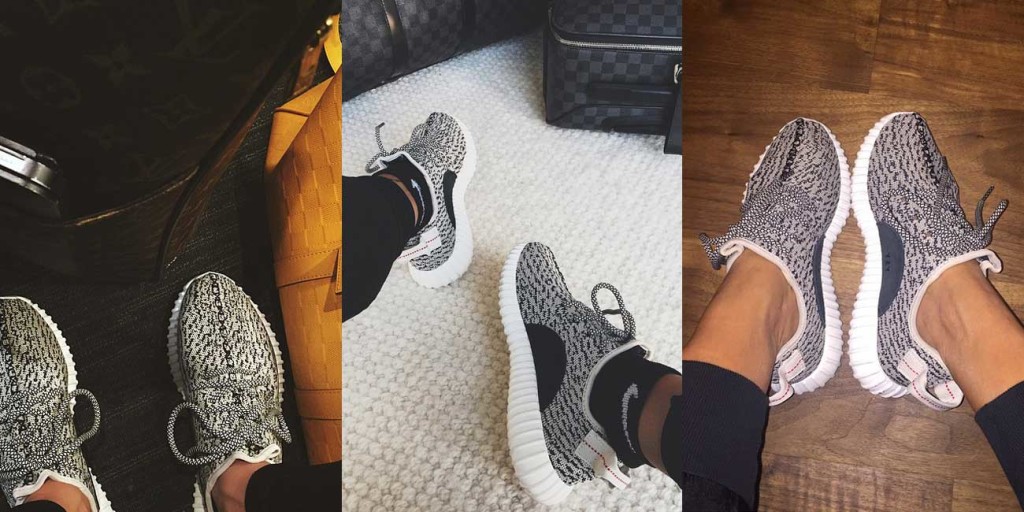 Kim Kardashian and the rest of the Kardashian/Jenner clan have been teasing us with their privileged access (see above) to Kanye West’s highly anticipated sneakers from his line with Adidas. The Yeezy Boost 350 hit stores in Canada and Europe early Saturday morning and were out of stock in barely an hour.

Yeezy season. @KanyeWest celebrates the launch of #YEEZYBOOST 350 at the adidas Originals in London #originalslondon pic.twitter.com/Sm3NqbwSeC

Sneakerheads stateside must’ve been even more eager to snag a pair of Kanye’s kicks because the shoes sold out in the U.S. in less than 15 minutes. It looks like the rest of us will have to stick to our Stan Smiths.