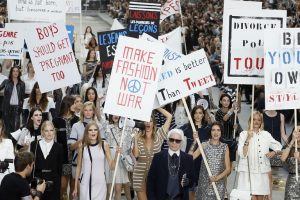 Lagerfeld staged a feminist protest on the spring/summer 2015 catwalk in Paris, where models including Gisele Bündchen and Cara Delevingne held political placards.