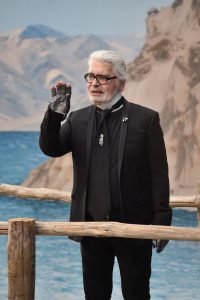 Lagerfeld showcased his newly grown beard at Chanel’s spring/summer 2019 show, where he transformed the Grande Palais into a beach.