For Cruise 2022, Maria Grazia Chiuri brought us to the Panathenaic Stadium in Athens, Greece. No surprises as to what the inspiration was here. This season, fluidity and sports were a central theme at Dior, focused on the freedom of movement and ease of the human form. Echoing post-lockdown sentiments and cravings? Perhaps. Swirls of flowing white peplos dresses floated down the runway, armoured with beaming radiance that took shape as golden flashes on shoes and belts. The modern Goddesses who roamed the track in trainers and boots were confident and carefree. Now and again, athleisure broke through the calm in swatches of mesmerising print and colour—Greek blue was most prominent—followed by contemporary ready-to-wear pieces treated with sporty elements and harnesses that brought images of gladiators to the forefront. As always, feminism works her way into the folds of the collection with effortless grace. Light as her footsteps may be, she bore an empowered and confident demeanour that revelled in the delights of freedom and nonchalance—a vision of modernity and sophistication. 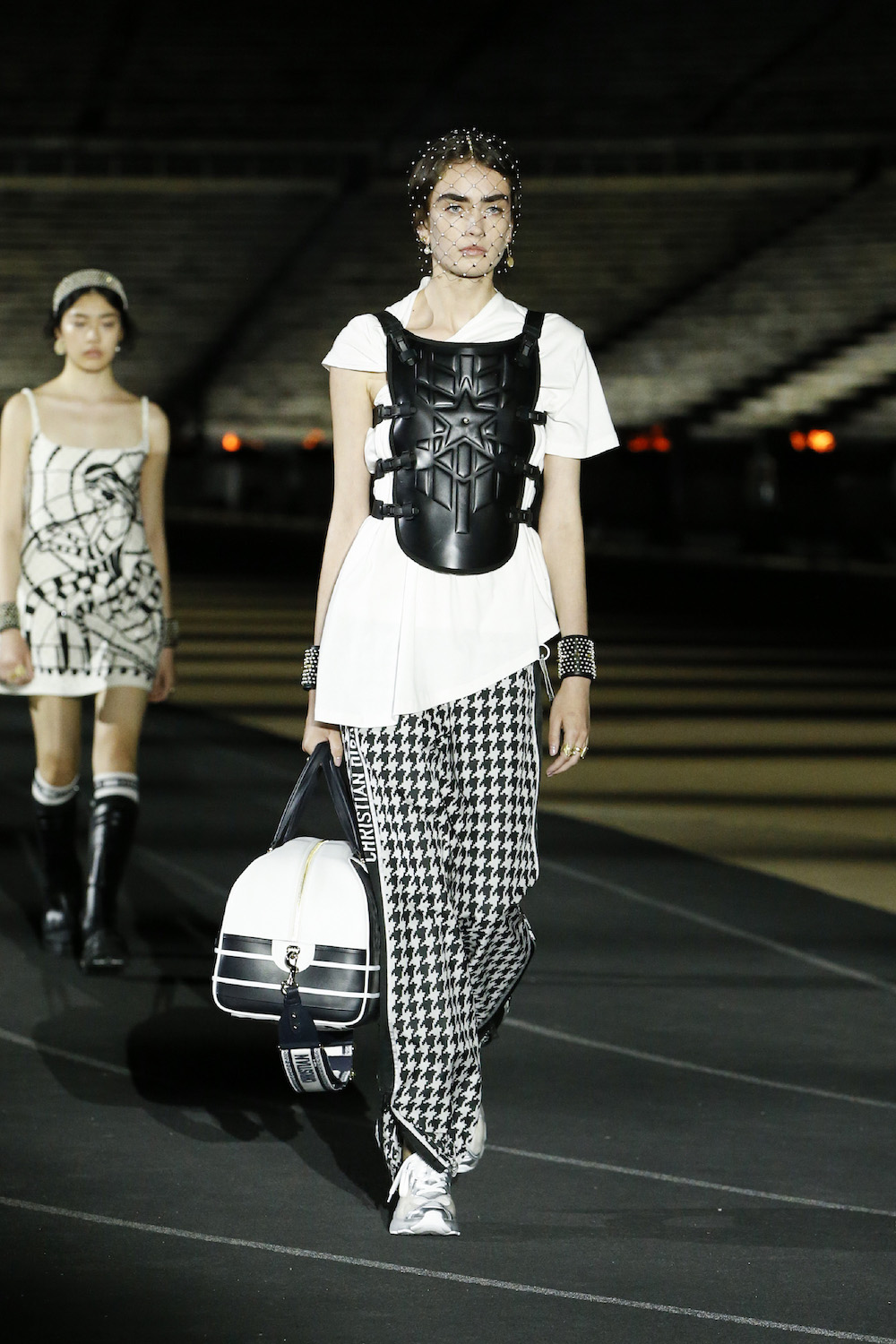 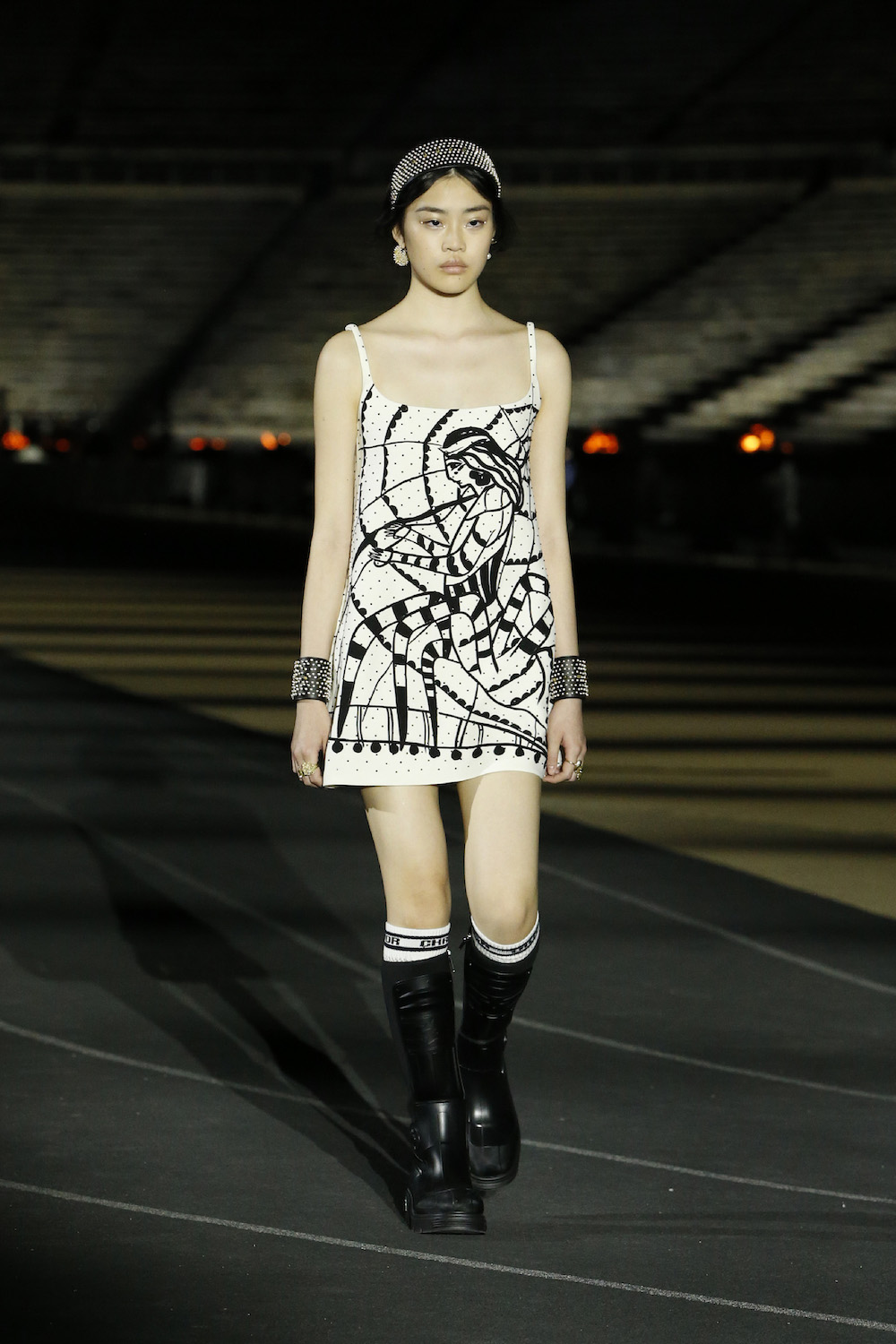 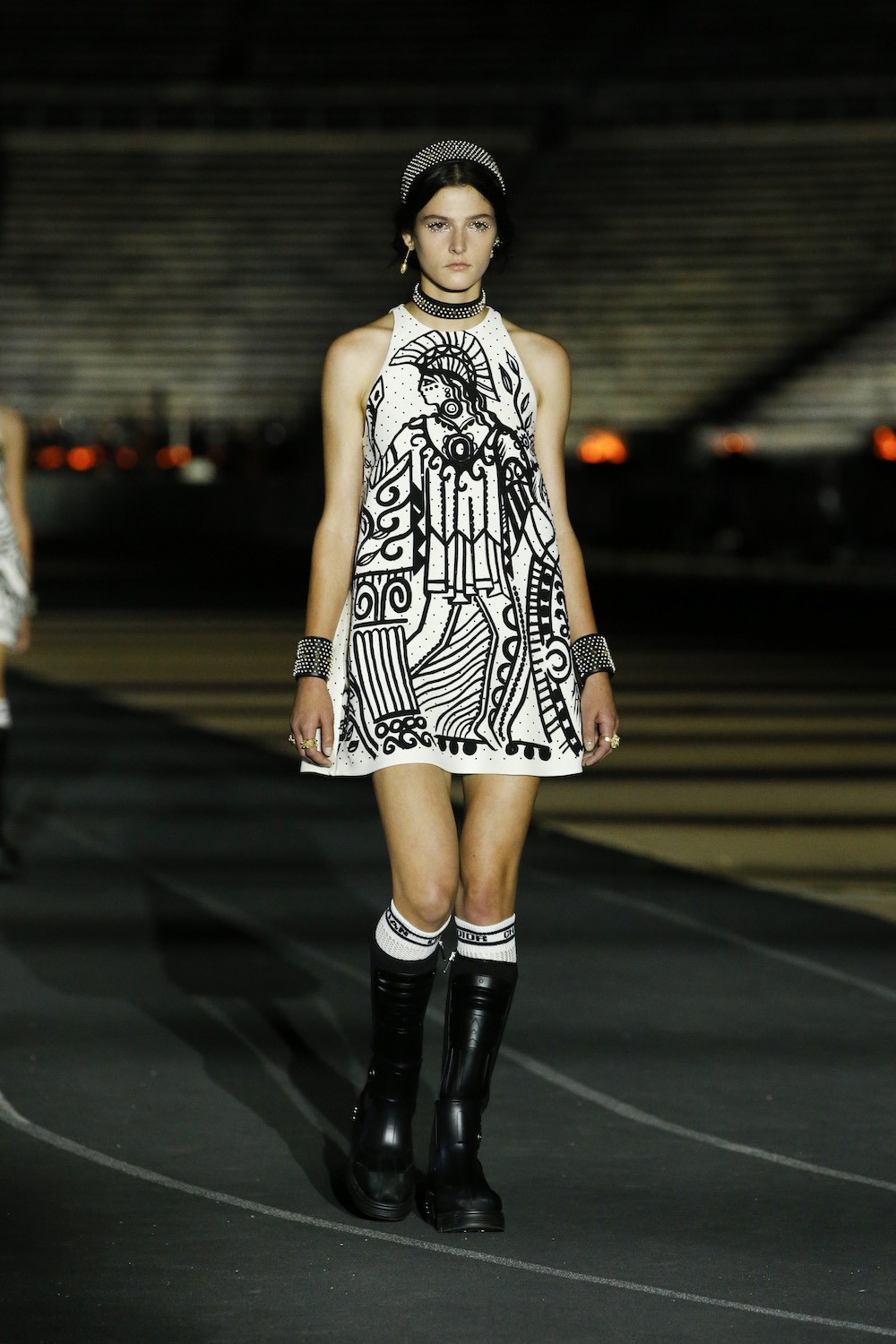