The white flower delicately adorned on the low cut neckline was one of the detailing to complete the look. 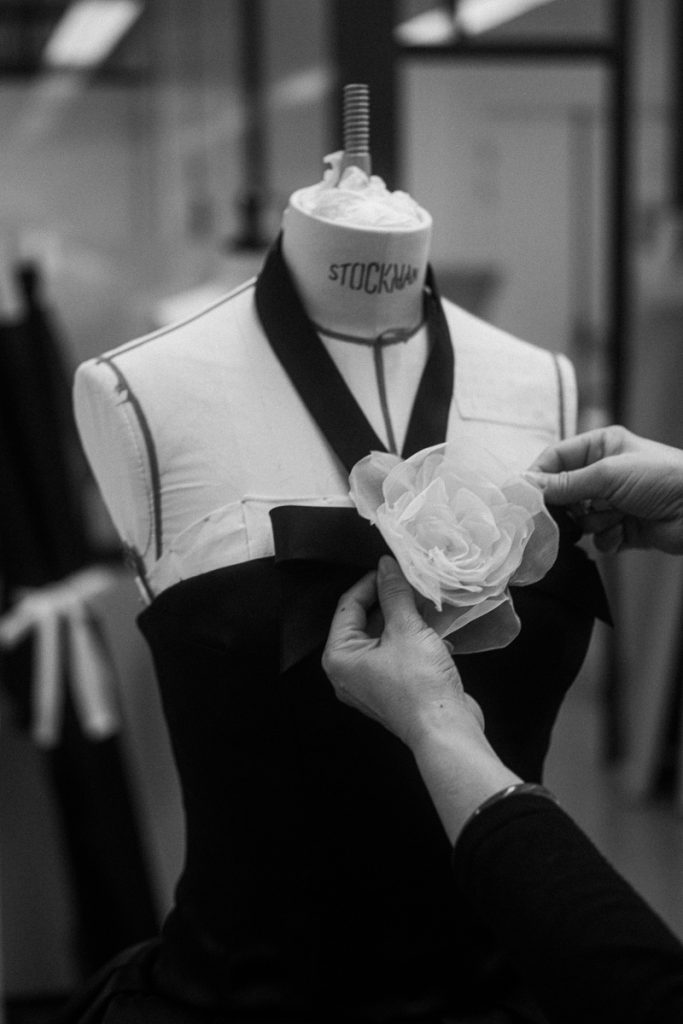