The designer and the novelist discuss finding beauty, how feminism informs their work, and fighting the patriarchy. 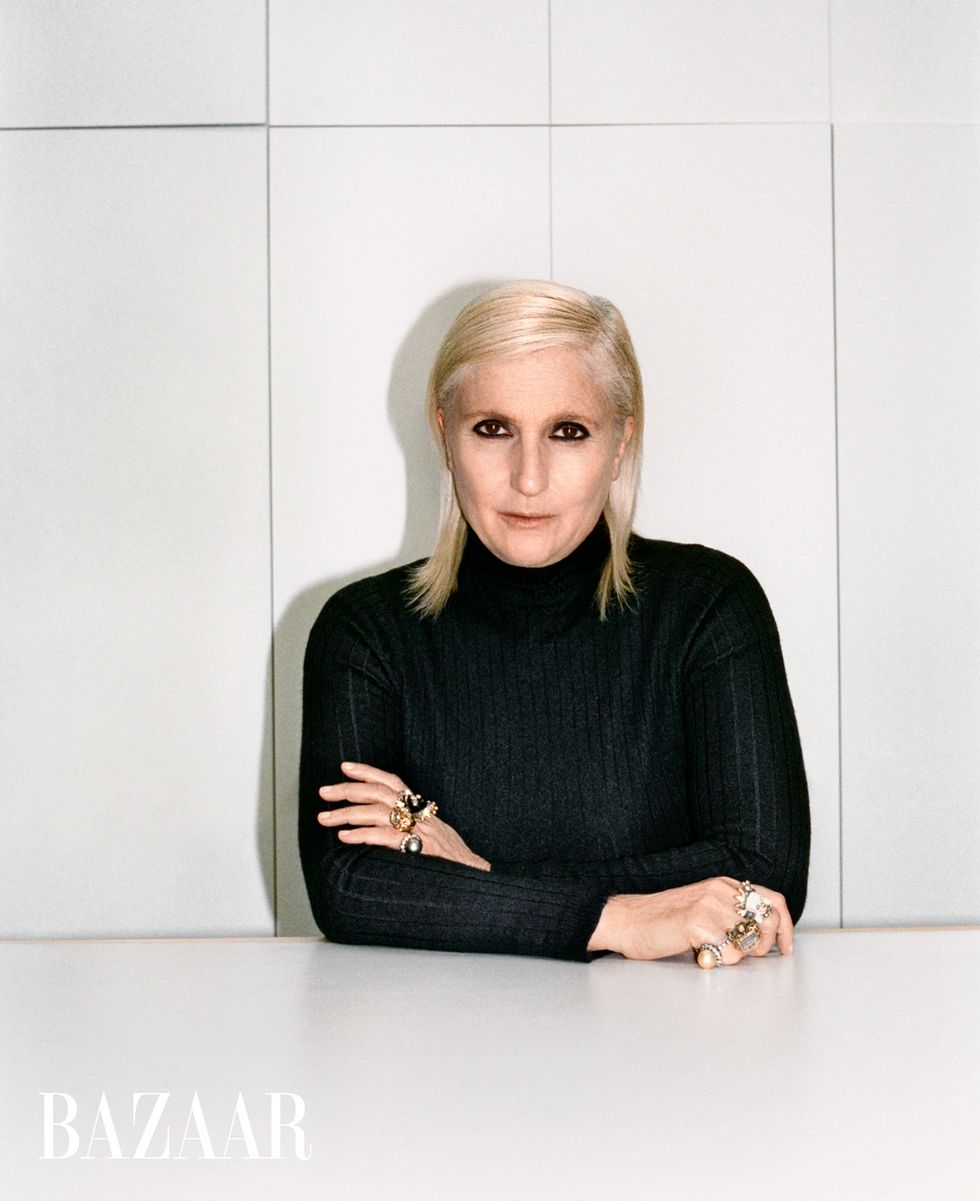 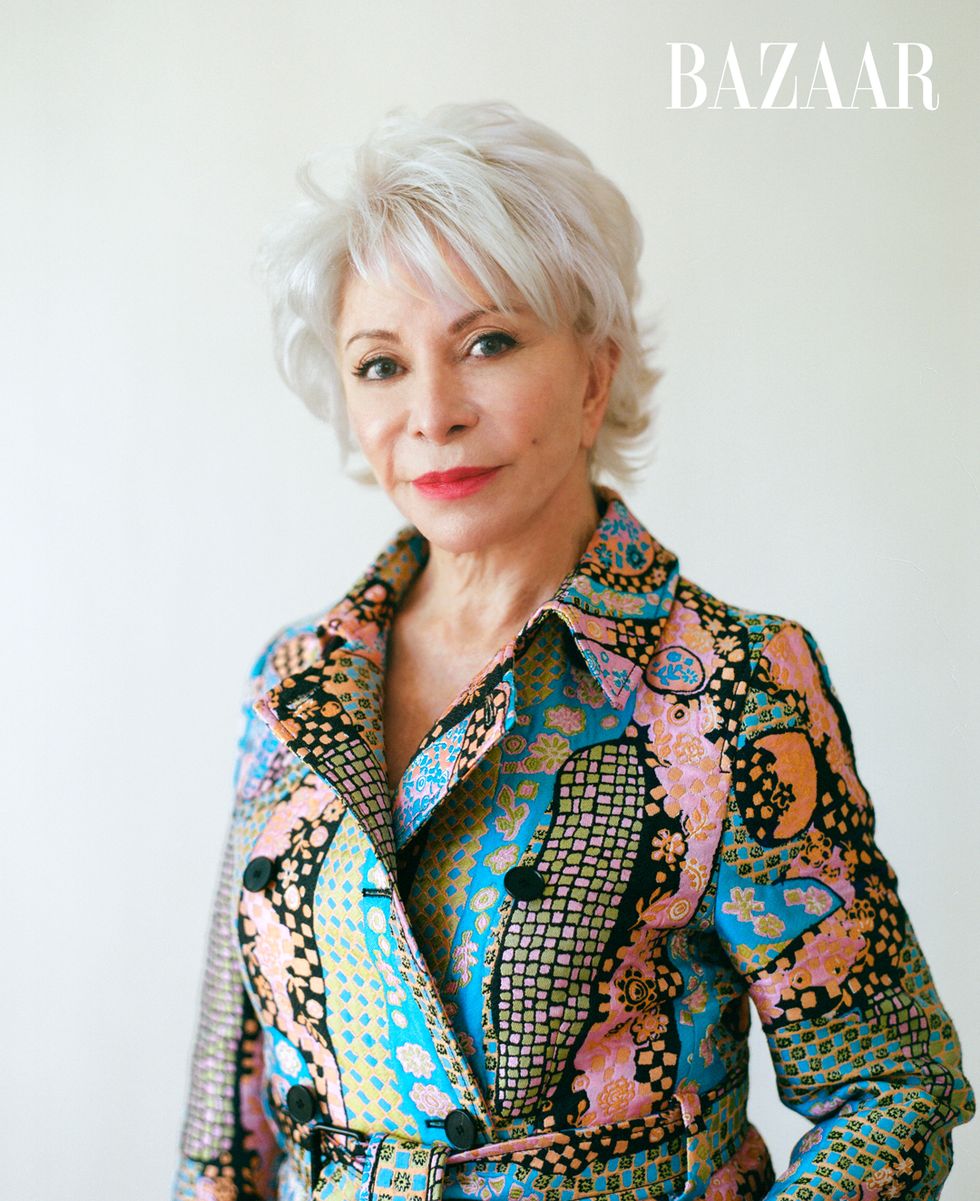 If Maria Grazia Chiuri’s designs for Dior had a thesis, it would be to prove that feminism and fashion are inextricably linked. As the house’s first female creative director, Chiuri made this clear with her debut collection in September 2016, where models wore T-shirts inscribed with the words WE SHOULD ALL BE FEMINISTS, the result of a partnership with writer Chimamanda Ngozi Adichie. Subsequent collections have showcased and uplifted the voices of women artists, scholars, and creators; Chiuri’s designs are often made in collaboration with women artisans around the world, and she tends to cite strong female characters and feminist works of art among her primary inspirations.

Novelist and activist Isabel Allende, whose characters in The House of the Spirits helped inspire Chiuri’s 2019 resort collection, has also centered her prolific body of work, which includes more than 25 books, around empowering women. But what is the project of making feminist art in a pandemic? Its effects have been catastrophic for women, forcing them out of the workplace in record numbers, the burden of childcare disproportionately on their shoulders. How do you find space to create? And how do you ensure that it meets the moment with the urgency required? During the pandemic, Chiuri produced five collections. Allende wrote two books, The Soul of a Woman, about her own feminist journey, published in March, and another novel that is being translated. Chiuri was motivated to protect the livelihoods of her team; Allende found productivity in the isolation. Earlier this spring, they gathered virtually, Chiuri in Paris and Allende in San Francisco, to discuss how feminism informs their work.

MARIA GRAZIA CHIURI: Isabel, the women in your books are so brave and so free. I think it’s difficult for women to be brave and free because they are born into patriarchy.

ISABEL ALLENDE: Feminism has been the backbone of my whole life. It started when I was very little, with a sense of anger at how unfair the world was for my mother. And later, as I grew up and I realized that I was not a lunatic, that there was a movement out there called the women’s movement and there were millions of women feeling the same anger, I was relieved. Then I could work; I could channel this anger into action. And that is what I have tried to do all my life. I have never thought of this as a war against men but a war against the patriarchy, which is a system that controls everything.

MGC: I was born in Rome in 1964, and during the 1970s there was a very strong feminist movement in Italy. I remember how much my mother, and also my father, fought. There was no abortion or divorce then because Catholicism was so strong. I was lucky because I never thought of myself as a woman but as Maria Grazia. My parents said to me, “You have to study; you have to be independent.” Nobody ever said, “You have to marry, or you have to have kids.” And I was lucky because one of my first jobs was at Fendi, where there are five sisters in charge of everything. When I design my clothes, I am not trying to impose a point of view. The idea is to mix it in with your personal style.

IA: I was born some 20 years before you, Maria Grazia, and in Chile there was, of course, no divorce until 2004. There was no abortion. No women’s rights. I started with a lot of handicaps, and it was very lonely.

When I design my clothes, I am not trying to impose a point of view.
— Maria Grazia Chiuri —

MGC: There is this idea that artistic “genius” can only come from a man. I don’t know why. A genius is always a man. This is in fashion too. It’s because of that that I push this argument that the kind of craftsmanship, textile work, and embroidery women do in their homes around the world is recognized as artistic work. It’s so rarely celebrated like art because it’s considered domestic work.

MGC: Growing up, I didn’t have many references for women artists because in Italy all the geniuses are men: Leonardo, Raphael, and so on. When I started to study art, in my books I never encountered a woman artist. When I saw a Frida Kahlo exhibition in Rome, I went crazy. I was completely obsessed with her because it was the first exhibition that I saw featuring the work of a woman artist.

IA: The House of the Spirits was published in 1982, and that was the time of the Boom in Latin American literature. It was a choir of extraordinary writers writing about South America for the world. But there were no women in the Boom. Not one female writer, none. When I published my book, and it was successful everywhere, I wasn’t included in the Boom. I was Post-Boom. Because the Boom was a male phenomenon, and the geniuses were all men, as you’ve said.

I admire Judy Chicago because she wants to make monumental art. It makes me so happy because I think it’s difficult for women to use their voices. We’re not supposed to. If we do, we are too much.

IA: My mother used to say: “You can do anything you want. You can be a feminist, whatever you want, but do it nicely. Don’t make too much noise.” How can you have a revolution without noise? Give me a break. If you raise your hand and if you make your voice heard, that’s aggressive. But when a man does it, that’s assertive.

MGC: I think it’s funny to speak about feminism in this way because it’s so clear how ridiculous the patriarchy is.

IA: There is something that feminism has forgotten, and I think we have to bring it to the discourse, and that is aging. Because women are now living longer than their mothers, and at least in the West, most can live in good health and with enough resources to have a second life. And society, culture, and I would say fashion also, forget that we exist. I’m 78, and I don’t want to be invisible.

MGC: Absolutely, but I think age is only a number. And I feel much better now than when I was younger. I wouldn’t want to go back. I think the future has to come to you. I completely agree.

I have a lot of critics because I speak so much about feminism. I think sometimes women don’t realize how much patriarchal culture they have internalized. They don’t believe enough in this idea of sisterhood, something Robin Morgan [cofounder of the Women’s Media Center and editor of the feminist anthology Sisterhood Is Powerful] speaks about. For the new generation, I don’t think it’s easy for them. People believe, “Oh, everything is resolved now.” It’s not true.

When women get together, men get nervous. They get nervous because we are probably conspiring, colluding, and most of the time we are.”
— Isabel Allende —

IA: Look, in my lifetime I have seen the progress, and I think that the curve of evolution goes up. We are not going back to the Middle Ages. The thing is that every time there is a crisis of any kind, an economic crisis, war, occupation, a pandemic, women lose. The first victims are women. Women are the ones in the pandemic who lost their jobs first, they are the ones who are suffering poverty, at home, sometimes with an abuser in the house, taking care of the kids, unemployed, depressed; and they have no resources and no one to help. So the situation for women is always worse than for men, in any circumstance. We have to be very aware of that and help our sisters, as you say. The sisterhood of women is what men fear the most. When women get together, men get nervous. They get nervous because we are probably conspiring, colluding, and we are, most of the time we are.

MGC: This past year was very hard for women around the world.

IA: I think that women everywhere, they want beauty in their lives. The beauty of nature, the beauty of color, of texture, of crafts; they adorn their home with whatever they have. You see the poorest women in Guatemala creating the most beautiful, colorful textiles. That desire for beauty is part of the feminine soul, and in some people it’s more prevalent than in others because they have more opportunities in life to develop it.

My mother was an extraordinary woman who created beauty around her in her house with flowers, with the objects she bought, with her clothes. I grew up with that as an example, but with this fierce desire to be independent and make a living and fend for myself. But I never thought that meant that I could not dress up. I have been wearing makeup since I was 15. I get up very early, around five in the morning. First thing I do? The shower, the coffee, and makeup. I’m not going to see anybody; we’re in the middle of the pandemic, not even the mailman comes with the mail, but I want my makeup. And I put my clothes together because I want things to match and look good. I’m going to be sitting in front of a computer all day; it doesn’t matter, I do it for myself. So now that finally I entered the stage of invisibility, I found myself. I am happy with who I am. I enjoy my body, I am healthy. I don’t want to change at all, but it has taken me 70 years, for God’s sake.

MGC: I think we have to accept that we are all different and everyone desires different things. When the pandemic is over, I want to go dance, not go buy a dress. But this is my desire, and there is probably another woman who wants to have a beautiful dress to go to a dinner party.

This article originally appears in the May 2021 issue of Harper’s BAZAAR, available on newsstands now. 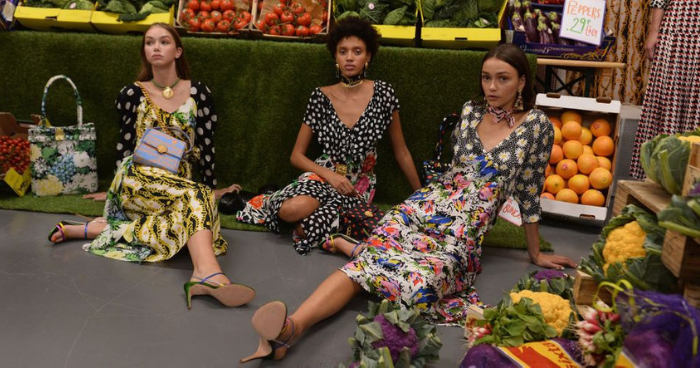 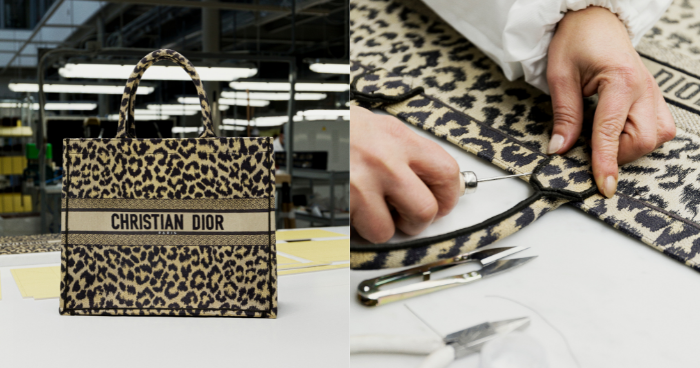