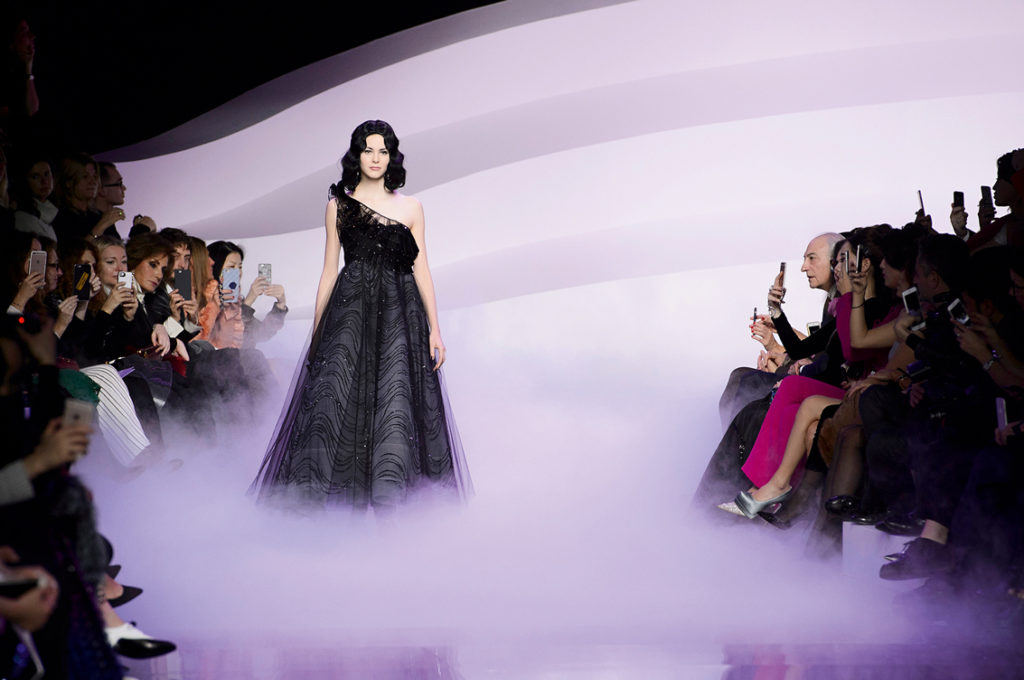 Strike Three, You’re Out
When it comes to the art of dressing, couture collectors know the importance of not wearing the same outfit twice. While it’s one thing to be an outfit repeater on a high-street/ready-to-wear level (guilty as charged), it’s another to be doing it with couture. Betsy Bloomingdale, widow to Alfred S Bloomingdale, is the perfect example, seeing that she owns more than 100 couture pieces. A particular red one-shoulder Dior couture dress from 1985 was only worn on two occasions: a state dinner at Washington DC, and at the Metropolitan Museum of Art in New York City, while another cream-coloured couture number was only worn three times—the last being a dinner at home.

The Fast Track
Purchasing a EUR200,000 dress doesn’t necessarily get you a full membership to the exclusive Couture Club. Instead, throwing a lavish fundraising event will certainly put you on the map. This is most evident with philanthropist and wife to Texan oil magnate Becca Cason Thrash, who after having raised USD2.7 million for the Louvre Museum in 2008, was sent straight to the front row at the most sought-after couture shows. Since then, the Houston socialite has been seen front and centre at every other major show at Paris Couture Week.

This is In
While we don’t encourage unhealthy dieting, the truth is, there are certain perks to being a sample size. While other patrons of couture have to have their pieces custom-made, those who are lucky enough to fit into sample couture pieces actually get 30 percent off the selling price! The ateliers save themselves time spent reconstructing the entire couture piece for another client, so it really is a win-win situation.

Celebrity Faux Pas
While the rest of us pine for trends made popular by our favourite celebrities (Rihanna, we’re looking at you), members of The Couture Club are on the complete opposing end of that stance. Heiress and socialite Daphne Guinness previously made her thoughts known: “If I see it on a movie star, I don’t want it anymore—it’s done.” Considering the amount of money you have to fork out for one couture dress, the need for exclusivity is warranted.

Life and Death
What happens to a private couture collection towards the end of its life has always been shrouded in mystery. The most common route is when it is lent to a museum as part of a grand exhibition, like when Betsy Bloomingdale did ‘High Style’ in 2009. Others, however, donate their exquisite pieces to a museum, while declaring it as a tax loss. Win some, lose some.