Remembering My Uncle Alexander McQueen: “It Was Always About The Shock Factor With Lee”

Alexander McQueen was one of the most influential designers to have ever lived. While many were inspired by his life’s work, few can say they knew him as well as his nephew, Gary, who looked up to him not only as an uncle, but also as a mentor. To honour what would have been Lee’s 50th birthday on 17 March, Gary – who now runs his own fashion brand – writes for us about his memories of his funny, boundary-pushing uncle.

My earliest memory of Lee is probably from when I was around five. My mum was a black cab driver and Lee used to babysit a lot. We would go and stay with my nan where they lived together, and Lee would show us a lot of horror films and draw. I remember going to the video shop with my mum and pointing at the top shelf wanting the scary films. She’d say, ‘no you can’t have those, why do you want those?’ It was an early influence from Lee. 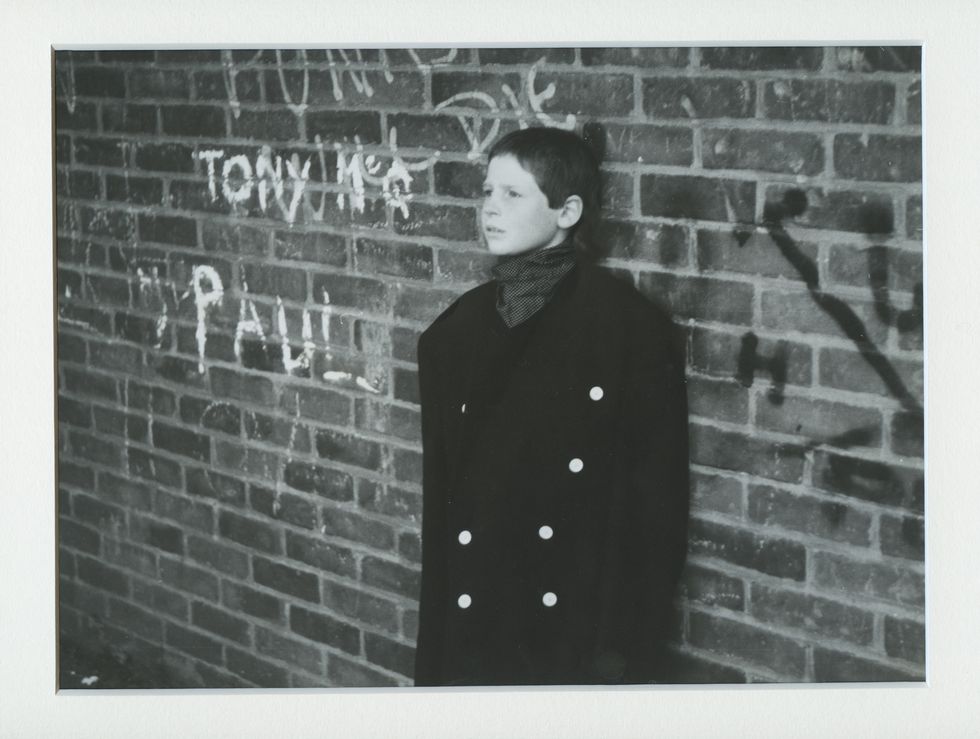 I used to watch him draw then I’d draw my own characters based on the horror films we watched. It’s something that’s developed and become more sophisticated through my fashion label and the kind of characters that I design and the worlds I create with them. My mum and I moved to Cologne when I was 12 where I went to school. Not long before I moved back to Dagenham and just afterwards, Lee really started coming up in the fashion world and I started work at a publishing company as a junior, which eventually went into liquidation. Another position came up at Lee’s company as a menswear textiles designer, so that’s when he gave me the opportunity to work for him and pursue fashion.

“Lee would show us a lot of horror films and draw”

Before that, I had never considered fashion, but because Alexander McQueen embraced the digital movement quite early on in terms of textiles, I fitted in well. I learnt to adapt my skills and it ended up being a really good platform for me to express myself as an artist. It was about me embracing something within myself and Lee giving me that opportunity to do that with the fashion industry; he helped me to realise what the future could hold. He gave people opportunities, but it was up to them to do something with it. Being his nephew was no different. 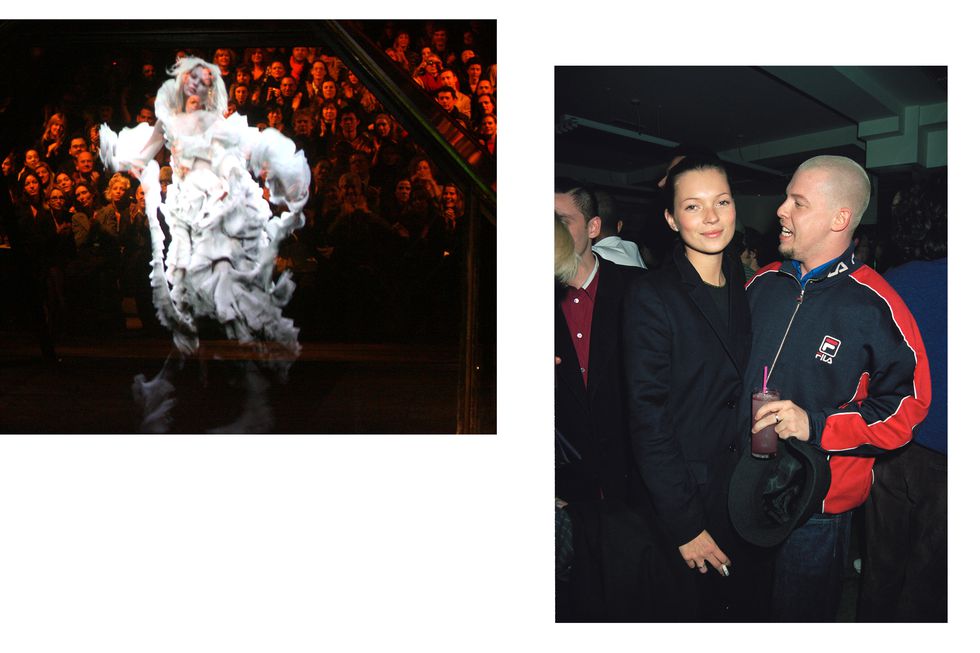 I felt protected by him, but at the same time, if I wasn’t doing my job properly then he would tell me; he did more than tell me. I might get the sharp end of his tongue one day and then, the next day, he could be giving me a pat on the back and asking how things were. We did have that closeness as nephew and uncle. Work-wise it was fun. I remember being so drunk at an Alexander McQueen party at Shoreditch House when I was about 27 that I ended up somewhere dodgy in the middle of nowhere. I had to ring my mum the cab driver to come find me.

“I felt protected by him”

Lee had an alter-ego; there were two worlds. At home, and even as he became more successful, he was really down to earth. He was always a bit eccentric anyway and had this wicked sense of humour. He loved playing tricks on people. When we stayed at his seaside cottage in Sussex, at night he would take leftovers out for the foxes and then he would pop up at the window with a torch on his face to scare you. It was always about the shock factor with Lee. He would say things to try and get a reaction and that would usually be his opening statement – just to knock you off balance and then from there he would tone things down. 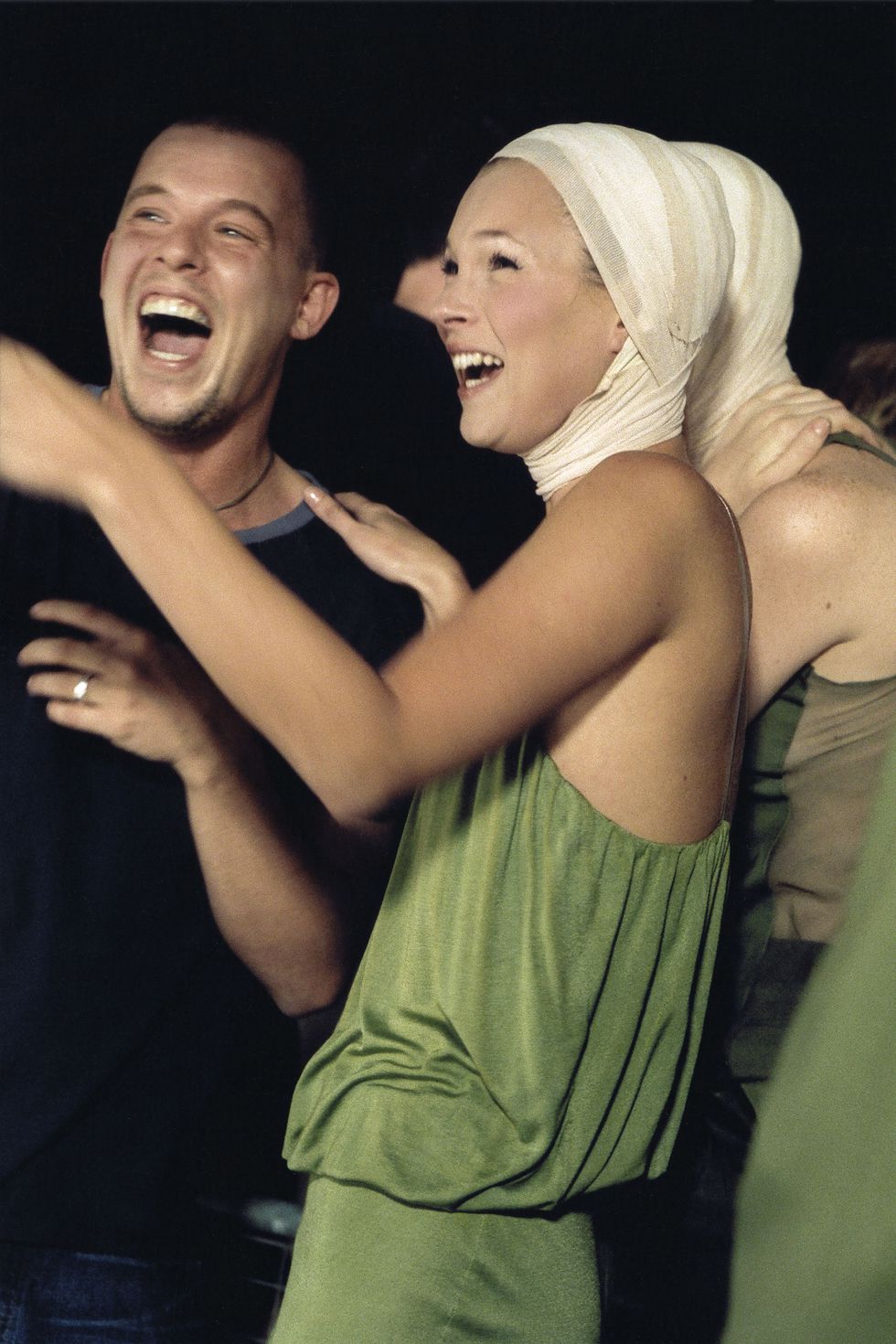 As he got older, he became tired with all the pressure and, I don’t like speaking for him because I don’t know for sure, but I felt as though he was declining, especially in the last couple of weeks. When I saw him in the studio, particularly after my grandmother’s death, he was in a bad way. I didn’t feel like I could reach out to him because he was this almost godly figure in that world.

“Lee had an alter-ego; there were two worlds”

There are so many regrets. I wish I felt confident enough to ask how he was doing after my nan passed away. I could see he wasn’t in a good place, but I didn’t reach out to him as a nephew. There was a fine line in being his nephew and also an employee. But I’ve grown so much more confidence as a designer since his passing and there is so much I would like to show him now.

I saw him the day before he died, because I was designing my nan’s gravestone which he gave me the responsibility to do, giving me an unlimited budget. When I saw him that day, he said, ‘I am leaving this all to you to handle’ and approved my sketches. I just thought that it was something that he was letting me do. I live with this every day and I have done for 10 years. You start in a bad way, but then you learn to live with it. Just by doing what I do now is, for me, is a tribute to Lee. You have to live; you just have to carry on. In a way you live for them, like I’m doing. I want to try and continue his spirit through my clothes and fashion.

Immediately after he passed away, the company just seemed a little bit lost. Lee was the entity; he was the person everyone wanted to please and the person that everyone was there for. I did stay for a further two years but, personally, it got increasingly hard for me to be there. I decided to go, and I knew that I had my own ideas and wanted to pursue those.

“In a way you live for them, like I’m doing”

One of the projects I’ve worked on since Lee’s death was to design the ‘Vanitas Skull’ that appeared in last year’s documentary, McQueen. I was approached by the directors to take part, but was apprehensive at first as I get approached by a lot of people. They asked me to sum up Lee’s personality in one image, which is very hard, but I had a vision straight away. I compiled the skull from birds, butterflies and flowers, which felt very Lee, and communicated how life and death can co-exist in one image.

One day, I’d like to run an academy that helps those who don’t necessarily come from fashion, people like myself who have a digital background and who thought that gaming was the only platform. It’s only since Lee passed away that I have grown in confidence as an artist. There is just so much that I could have done with him, especially with the technology that I’ve learnt.

I hope that Lee would be proud of what I’m doing now. I’m channelling a certain spirit that he had. It’s just a shame that he’s not here to see it.

As told to Jessica Davis