Nothing makes more of a statement than an all-leather Versace ensemble, which is exactly what Selena Gomez wore during a Los Angeles screening of new Netflix docu-series Living Undocumented.

The actress and pop star wore a matching leather Versace blazer and skirt, each brandishing the fashion house’s signature safety pin. She paired the look with a black top tucked into her skirt, shiny black pumps, and thick gold hoop earrings. 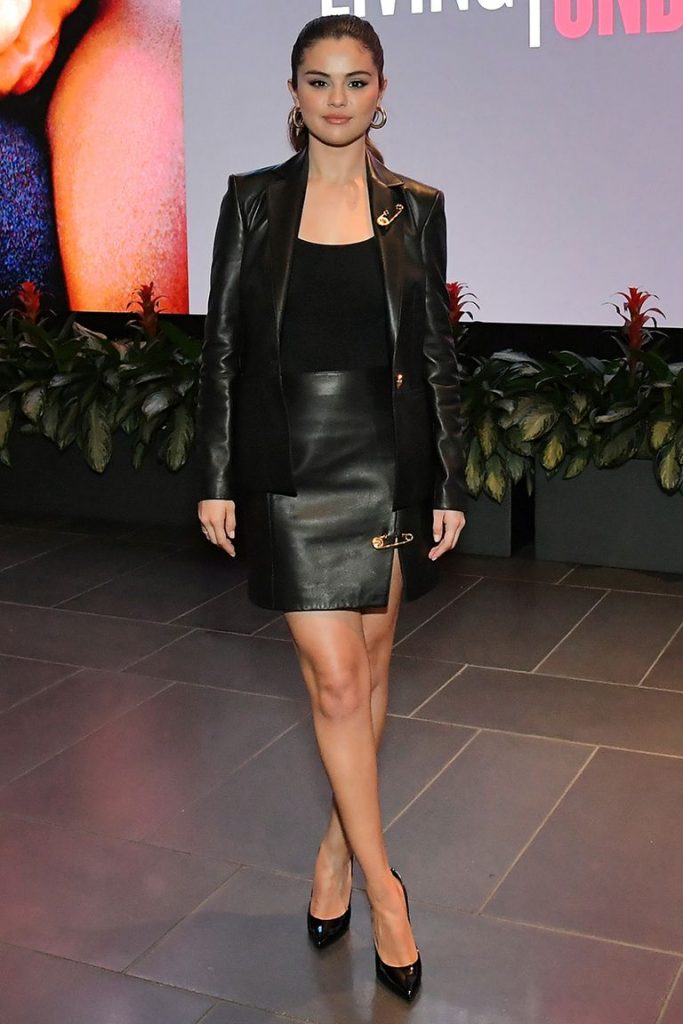 In her sleek-meets-professional outfit, Gomez looked every bit the part of an executive producer, which she serves as for the new Netflix series.

Living Undocumented, which dropped yesterday, tracks the lives of eight undocumented families who are coping with the increasingly stringent immigration policies put in place by President Donald Trump’s administration.

Earlier this month, Gomez wrote an essay for Time about the country’s “immigration crisis.” In the essay, she thanks her family’s “bravery and sacrifice” for crossing the border from Mexico to the United States, actions that have allowed her to be born on American soil and thus become an American citizen.

“I don’t claim to be an expert. I’m not a politician, I’m not a doctor, and I don’t work in the system at all,” Gomez wrote. “I understand it’s flawed and that we need rules and regulations, but we also have to remember that our country was formed by people who came here from other countries. It’s time to listen to the people whose lives are being directly affected by immigration policies. It’s time to get to know the individuals whose complex stories have been reduced to basic headlines.”