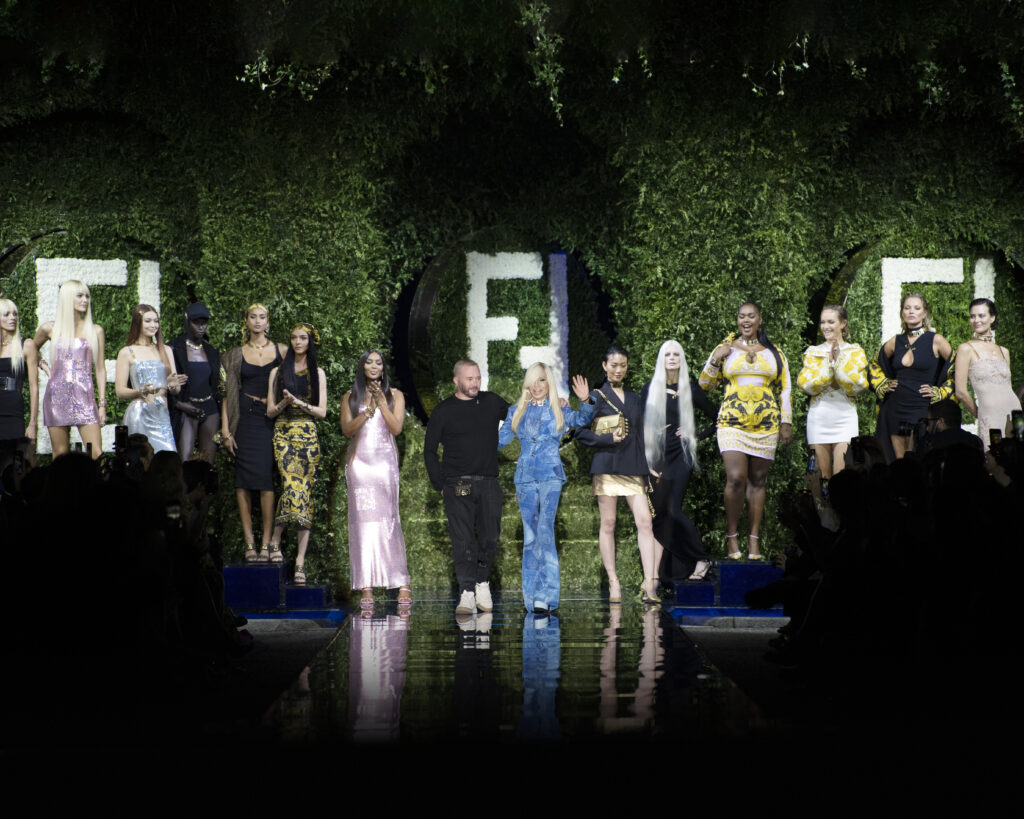 In the midst of the Milan Fashion Week Spring/Summer ’22 frenzy, excitement was further enhanced with the news of a secret collaboration – two prominent Italian fashion labels, Fendi and Versace, were said to host a second runway show to close the week-long affair. That indeed was the case – last Sunday, 26 September, the two iconic fashion houses joined hands, in an unprecedented move, to present a beautiful celebration of Italian fashion, in a show called Fendace.

If the coming together of two major luxury labels sound largely familiar to you, that’s because earlier this year, Gucci presented a high-profile collection called Aria in honour of its 100th year anniversary, which saw the brand mixing its house codes with those of Balenciaga’s on a selection of clothes and accessories. It was, however, not called an official collaboration.

The alliance between Fendi and Versace, on the other hand, takes a completely different approach with a #FendiVersaceSwap – Versace by Fendi and Fendi by Versace. With roles exchanged, Kim Jones, the Artistic Director of Fendi Couture and Womenswear takes inspiration from the mid-to-late ‘90s archives under the direction of Gianni Versace, and presented his interpretation of Versace with an exceptional vision of duality, most pointedly seen in a melding of the double F monogram with the Versace Greek Key motif. Versace’s gold baroque print is also used heavily throughout. 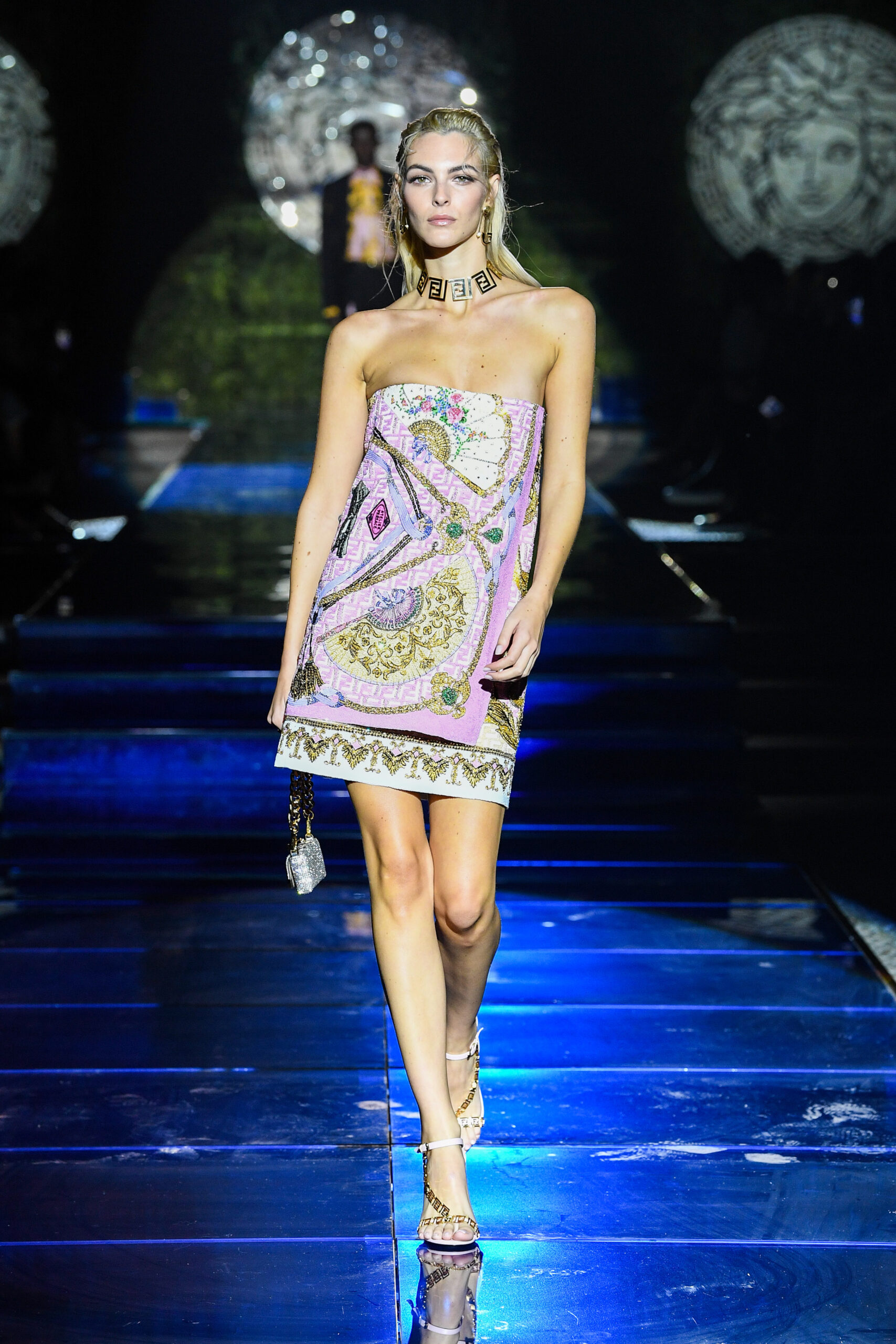 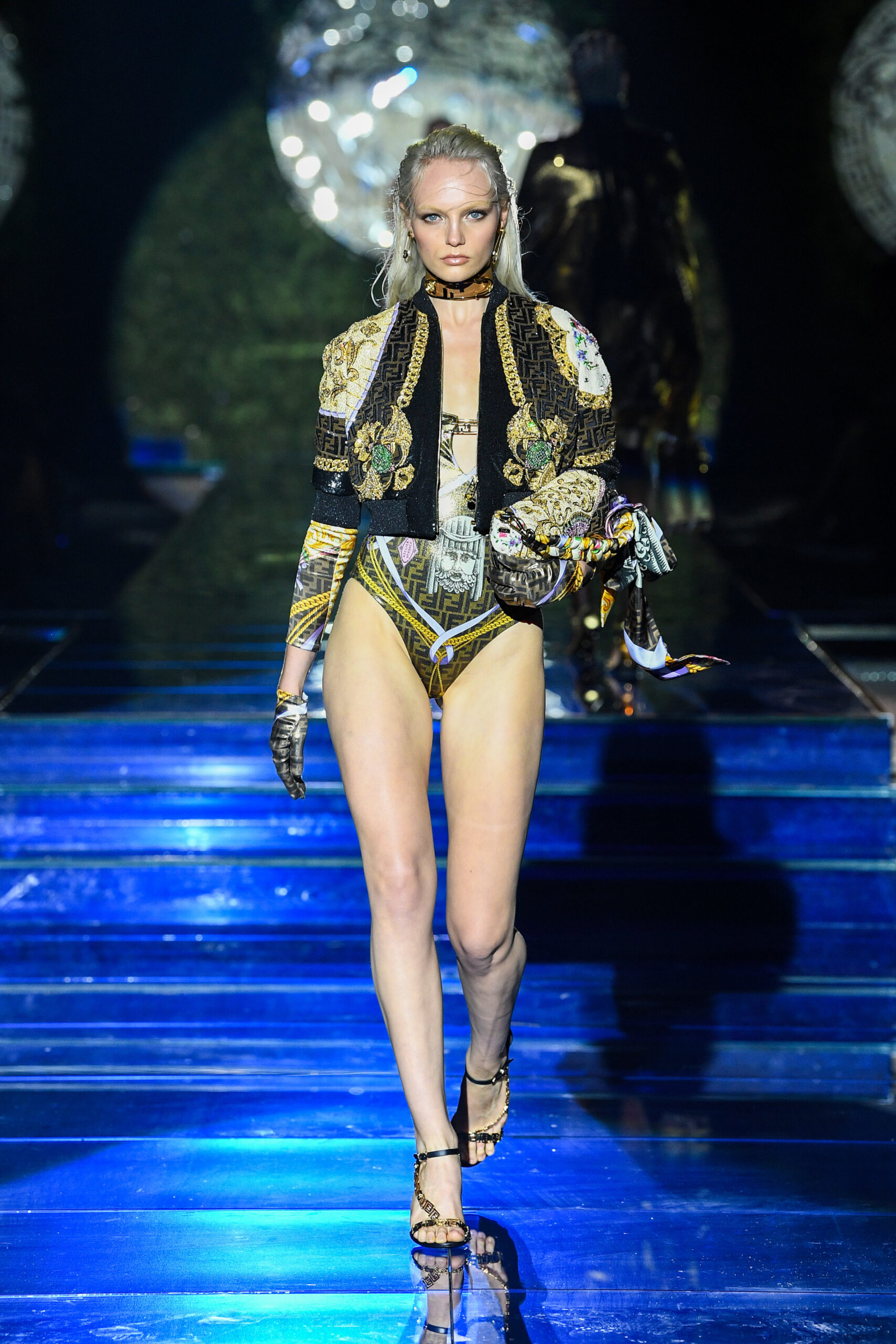 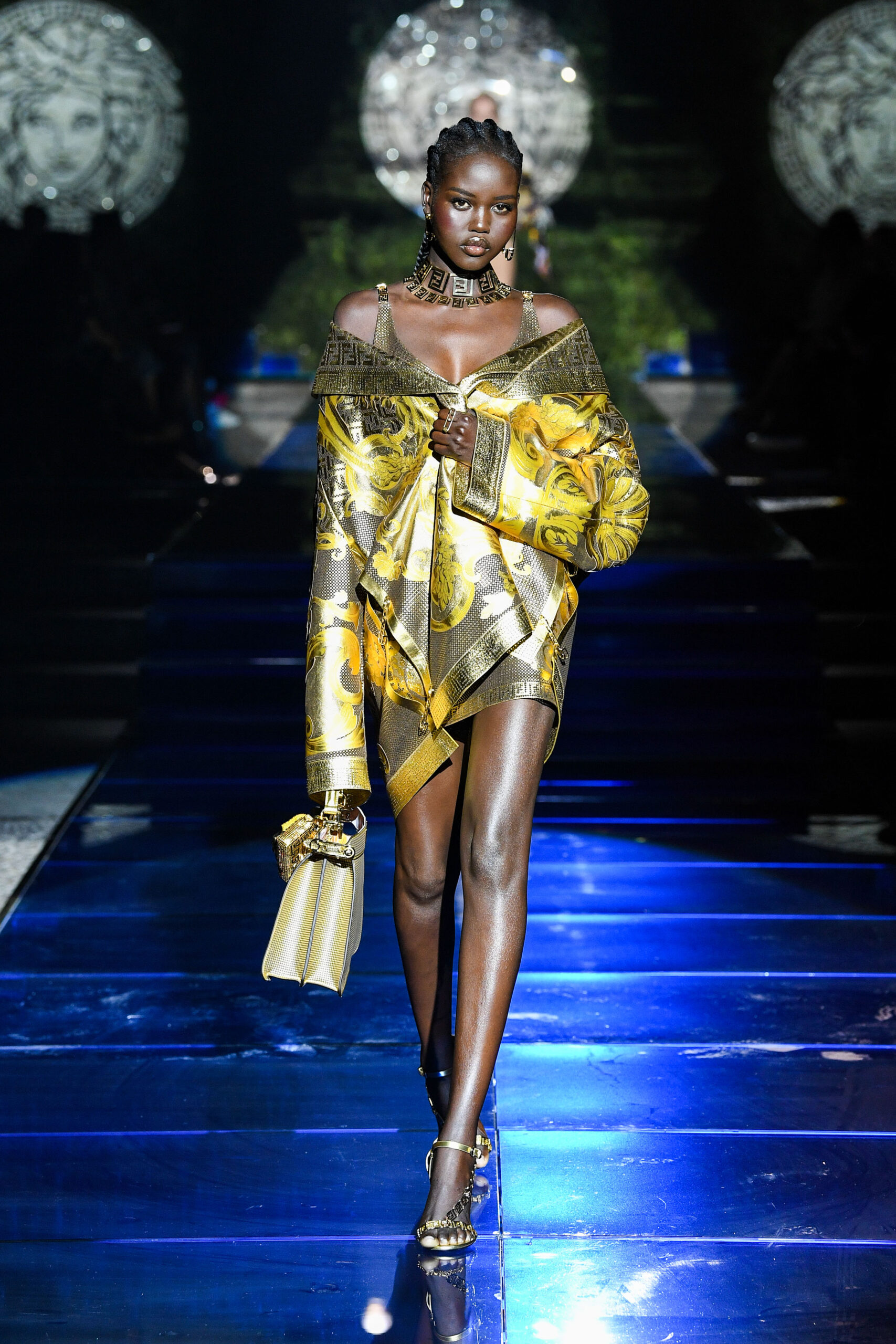 Donatella Versace takes a punk rock approach to Fendi, declaring, as stated in the press statement, “contamination and disruption to be key”. Chainmail fabric is encrusted with crystal F’s in an interpretation of Fendi’s monogram. Silk faille mimics denim and neon pink lace and fur trimmings punctuate several looks, lending a youthfully rebellious appeal to the collection. 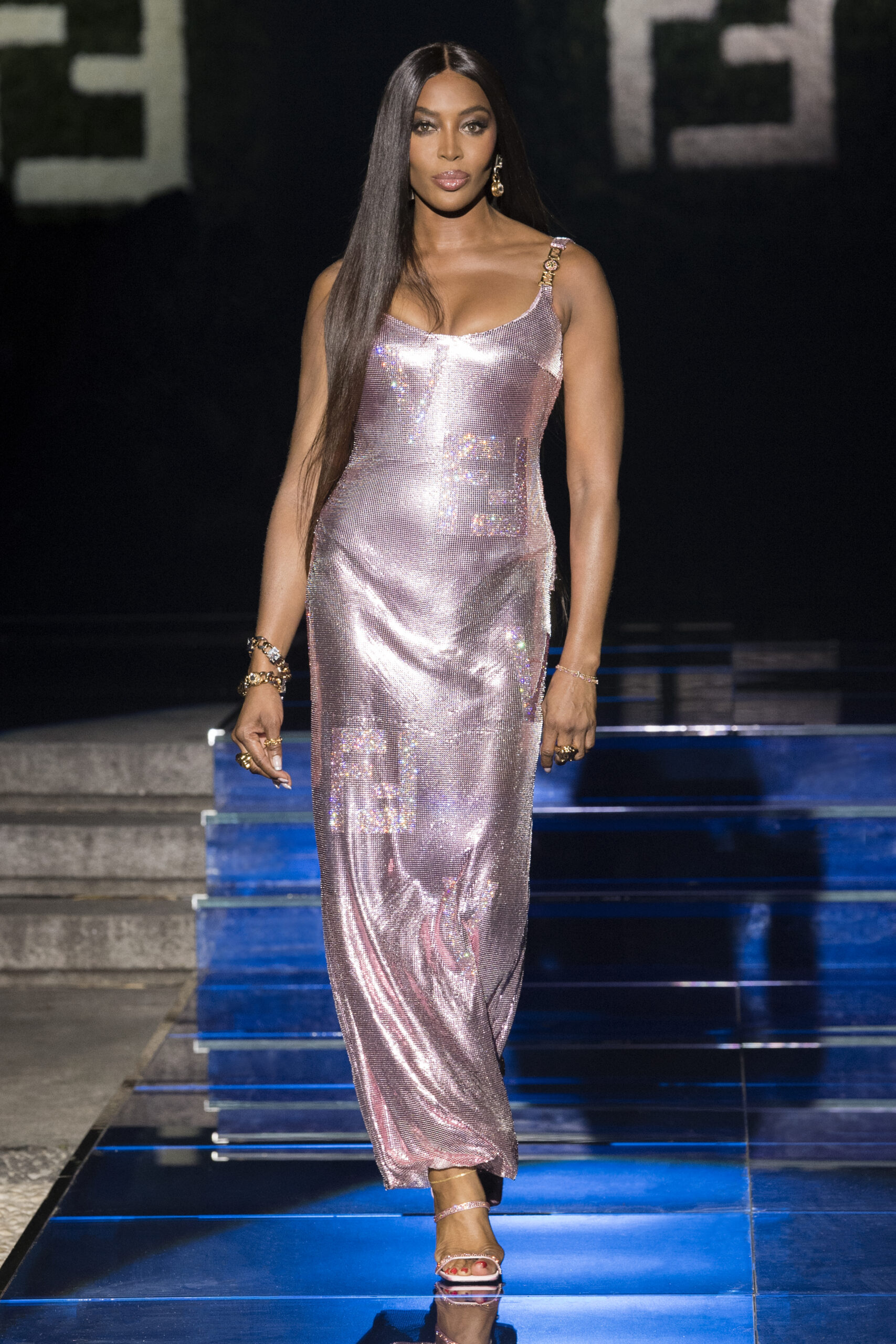 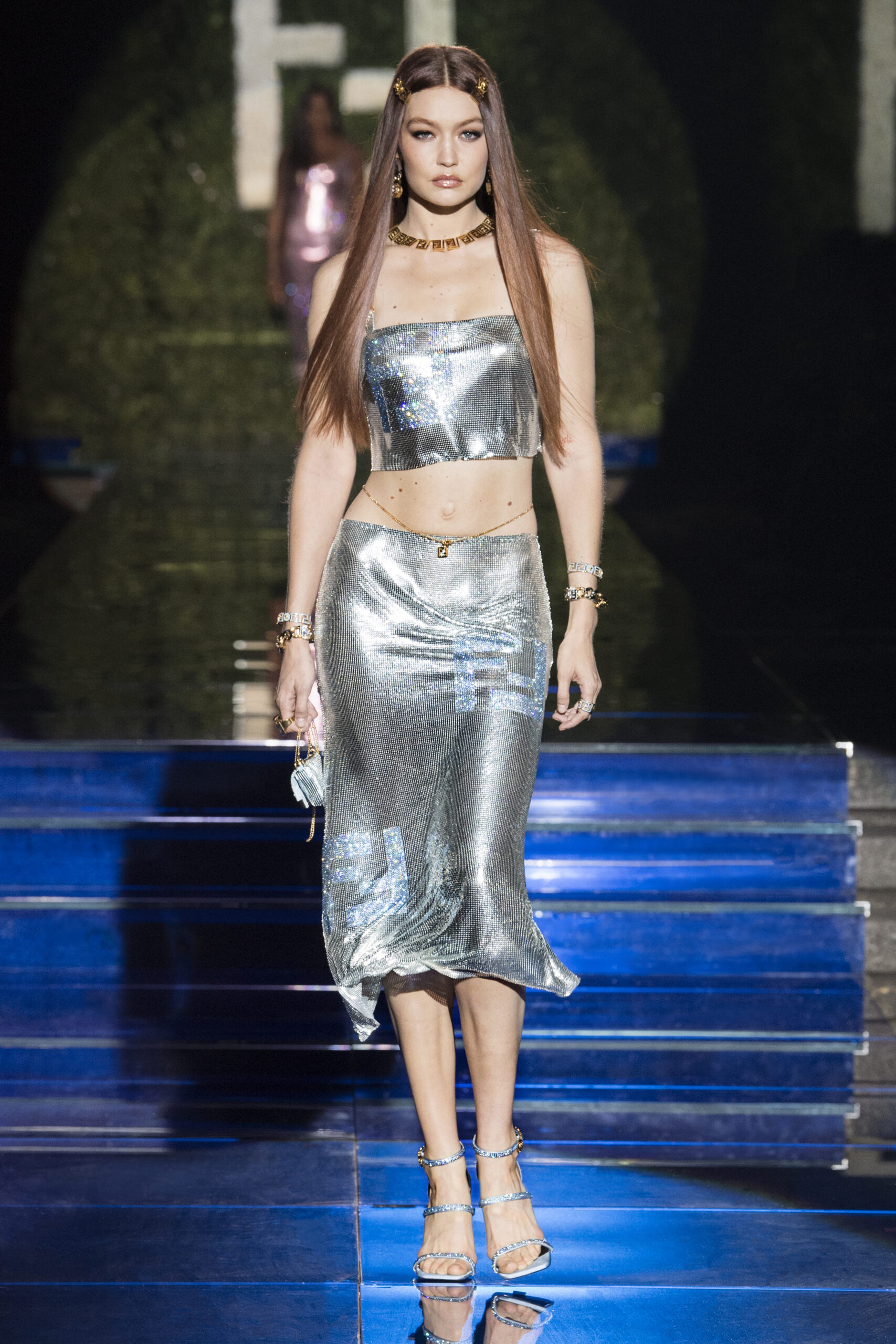 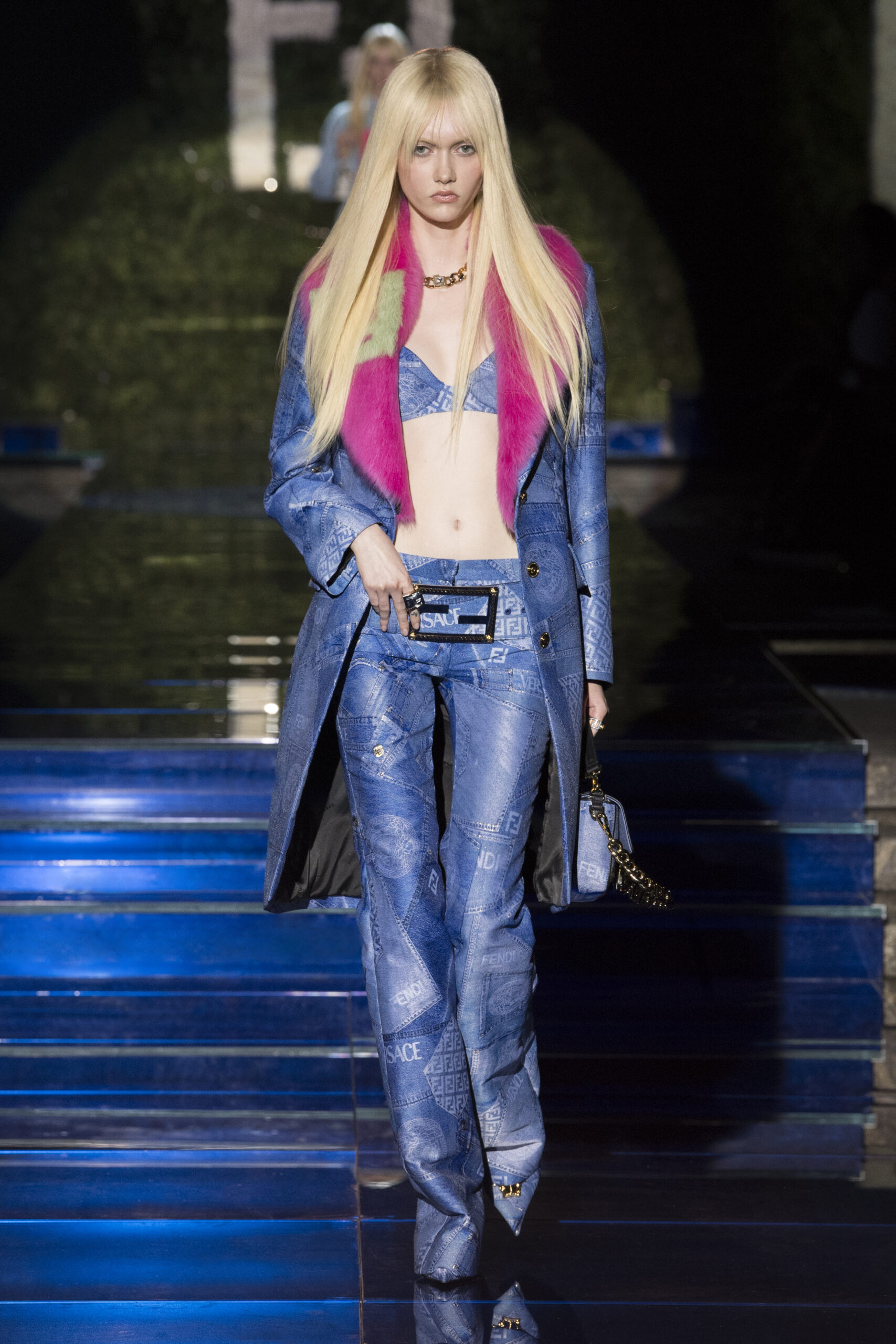 “It’s a first in the history of fashion: two designers having a true creative dialogue that stems from respect and friendship. It led to us swapping roles to create these two collections,” says Donatella. Now, could Fendace be the nucleus for more spectacular, high-fashion alliances to come? We certainly think so. 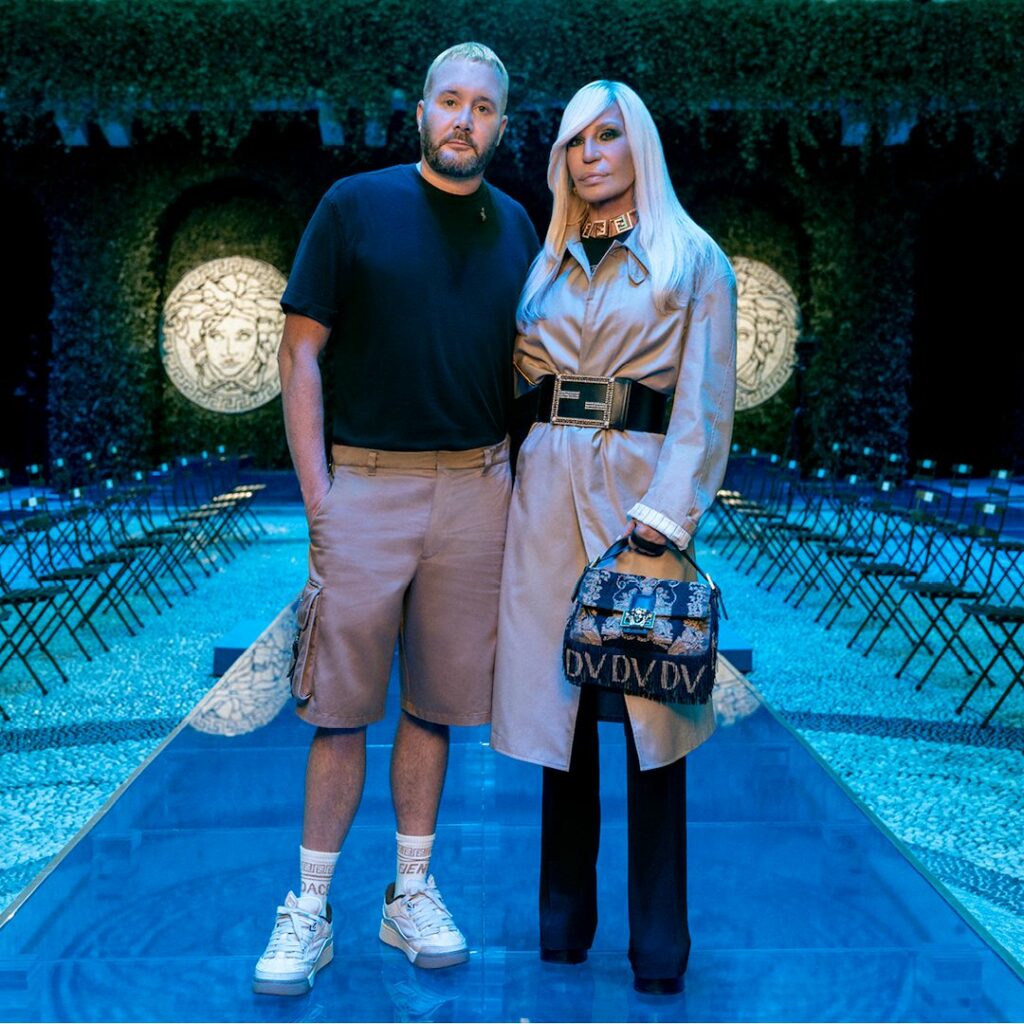