The Truth About Fashion Blogging 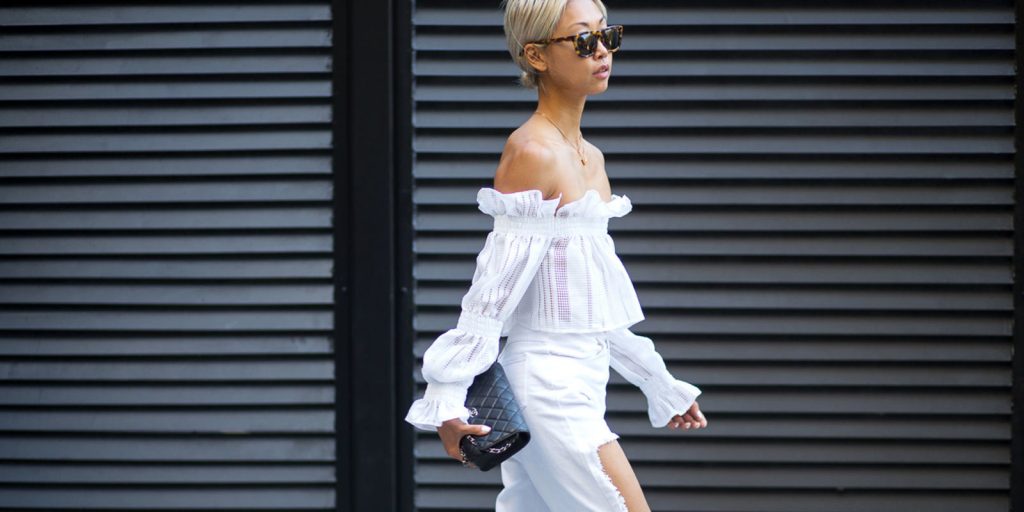 After a mere 50 minutes, The Haute Pursuit Instagram, home to blogger Vanessa Hong, had garnered 3,239 likes on an image taken of her during New York Fashion Week, wearing shredded white jeans and a cropped, modern lace, off-the-shoulder white top with smocking at the top and on the arms—by designer JH Zane. We did some investigating during fashion week to determine the designer of this on-trend, eye-catching shirt—and apparently we weren’t alone in our sleuthing. The Chinese born, London-based designer who launched his brand two years ago has seen the top worn by Hong become an immediate best seller, “It’s already sold out, it’s really exciting,” he explains. And outside of individual sales, Zane has seen his profile raise as a result of images of the blogger being strewn across fashion web sites and social media, “I’ve received a lot of interest from stores and boutiques in New York, who have started contacting me, and they’re interested to view the collection,” Zane explains. Clearly, editorial sites, including this one, have shown interest as well.

In an age of bloggers getting paid to wear head-to-toe luxury brands to sit front row at shows and be photographed on their way in and out, a little-designer-who-could success story feels all the more refreshing. So how did this “organic” partnership come about? Hong discovered Zane on Instagram, of course. “Designers like Zane are setting trends,” the popular blogger and  designer says, “what he and others are doing is ahead of the curve. I love hearing the narrative directly from the designer; it really elevates the clothing to another level. Unknowns and upcoming labels are what makes fashion so magical for me.” 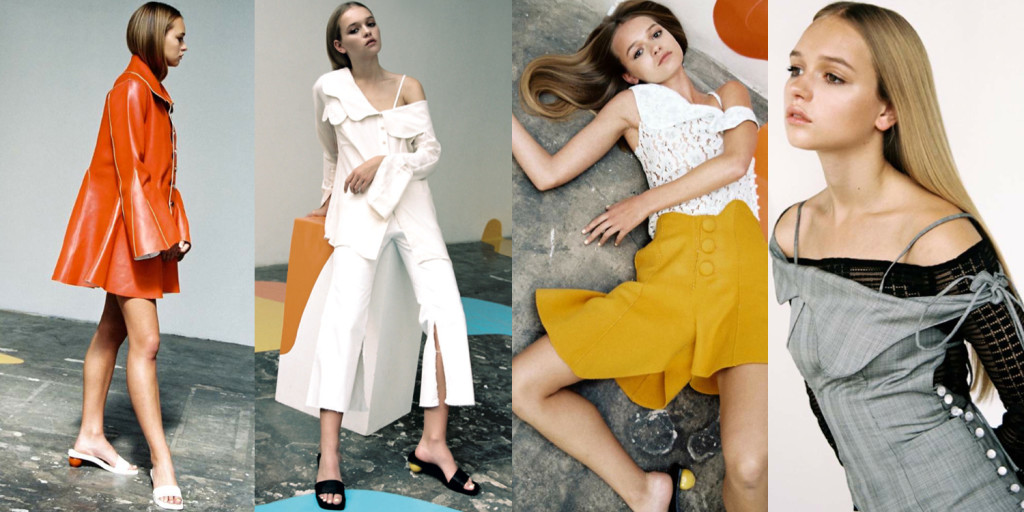 At their core, bloggers serve as model and editor, choosing the star pieces to wear (and be photographed in) for her legions of fans to fawn over. “She’s really supported my brand, she wanted to wear a dress to Paris Fashion Week, which also became really popular. And this season, she wore a top from my collection, which made it even more popular,” Zane explain of the symbiotic relationship, “Now, we’ve met a few times, and we’re kind of friends…I don’t know why. You just feel like you’ve known this person for a long time.”

Zane considers Hong a muse of sorts. “I think my women are quite androgynous, but not in appearance, more like the attitude. So I like them to look very feminine in what they wear, but deep inside they’re quite powerful, independent, and strong.” Of Hong, the Winchester School of Arts in London graduate says, “she’s just so powerful and she knows what she’s doing, she’s got her own brand running, that’s why we really just clicked. We talked a lot about business especially, not really anything to do with fashion when we first met… I think she’s genuine, like my brand, and I really do find her really inspiring.”

The power of social media is no longer up for debate—which is why brands are willing to cough up the big bucks to get girls with large followings into their wears. But it’s the naturally occurring partnerships that feel the most authentic. “I think people now are really looking for instant excitement. That’s why Instagram, Twitter and the rest really work for a small brand like me. Working with bloggers really helps to promote the brand and get people aware,” Zane explains.

Is the future of fashion blogging finding a way back to (some) authenticity as opposed to the constant ​website and Instagram feeds of pay-for-play? “I don’t know about other bloggers, but I know for myself, emerging talent is where it’s at it,” Hong says.