Bulgari Magnifica is a superlative high jewellery and watches collection emblematic of artistry and craftsmanship of the highest order. 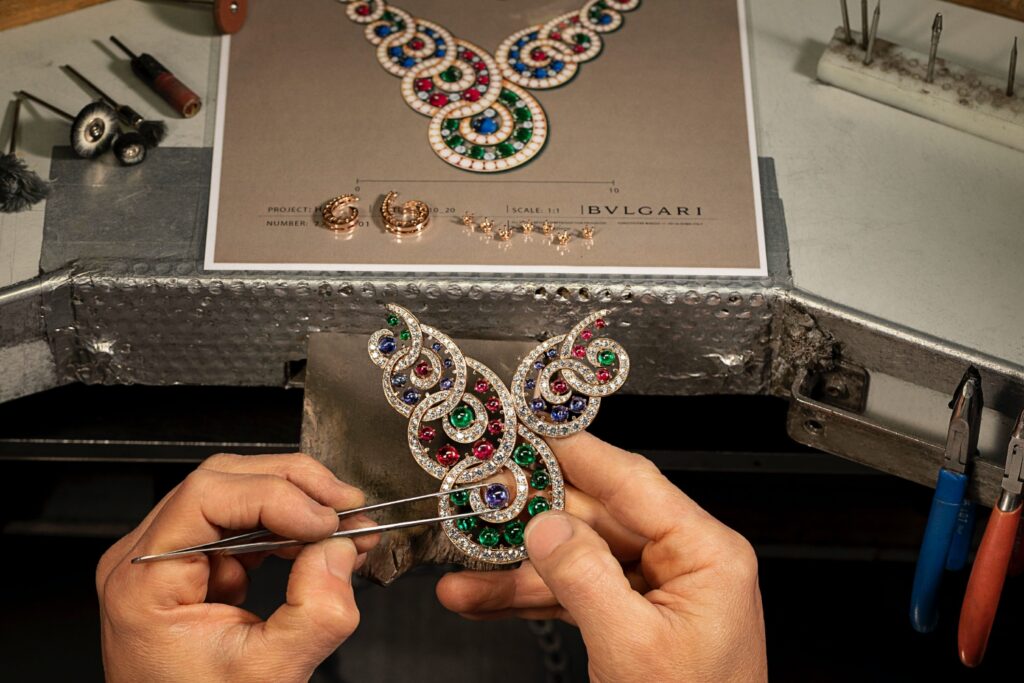 In its 137 years of business, one can say that Bulgari truly outdid themselves with the Magnifica high jewellery collection, resulting in some of the most precious works of art by the maison, or by any other jeweller for that matter. The numbers alone seem staggering: 350 masterpieces of high jewellery and watches, with 122 never seen before creations, and 60 pieces valued in the millions, some of which required 2,500 hours of handiwork—without the aid of computers. 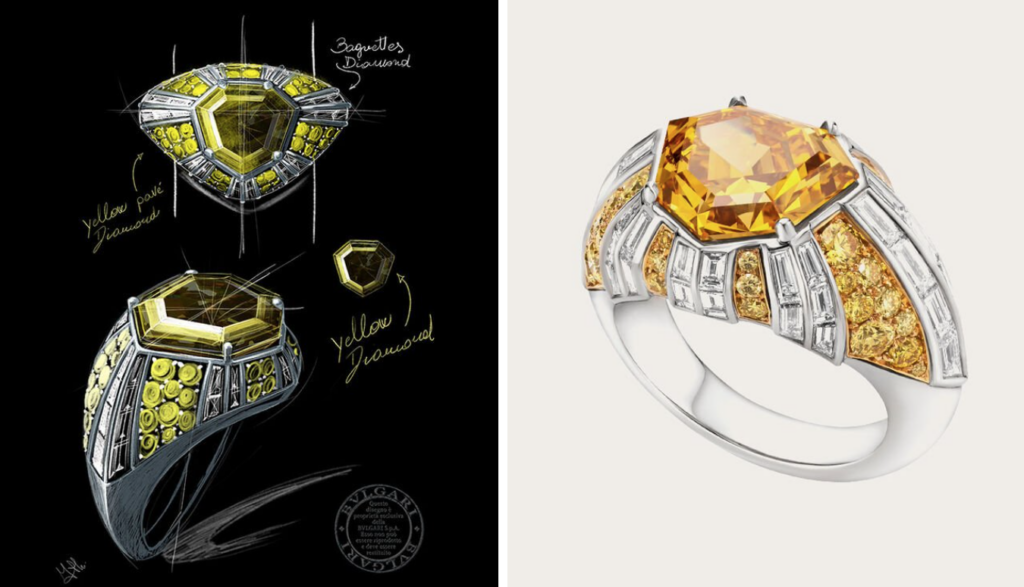 The Raggio Di Luce ring from Bulgari Magnifica. Inspired by the Baroque sculptures of Italian artist Bernini, Bulgari crafts the Raggio di Luce, a bedazzling ring that flaunts an incredibly rare 5.02-ct yellow diamond, shaped in a most unconventional and innovative shield cut.

Each Magnifica masterpiece was crafted in the Bvlgari high jewellery laboratory in Roma where skilled artisans transform imagination captured in bidimensional sketches into mesmerising three-dimensional high jewellery artworks, some of which can even be separated into different parts to encourage multiple wearability, thus breaking new grounds in the versatility of high jewellery design and excellence. 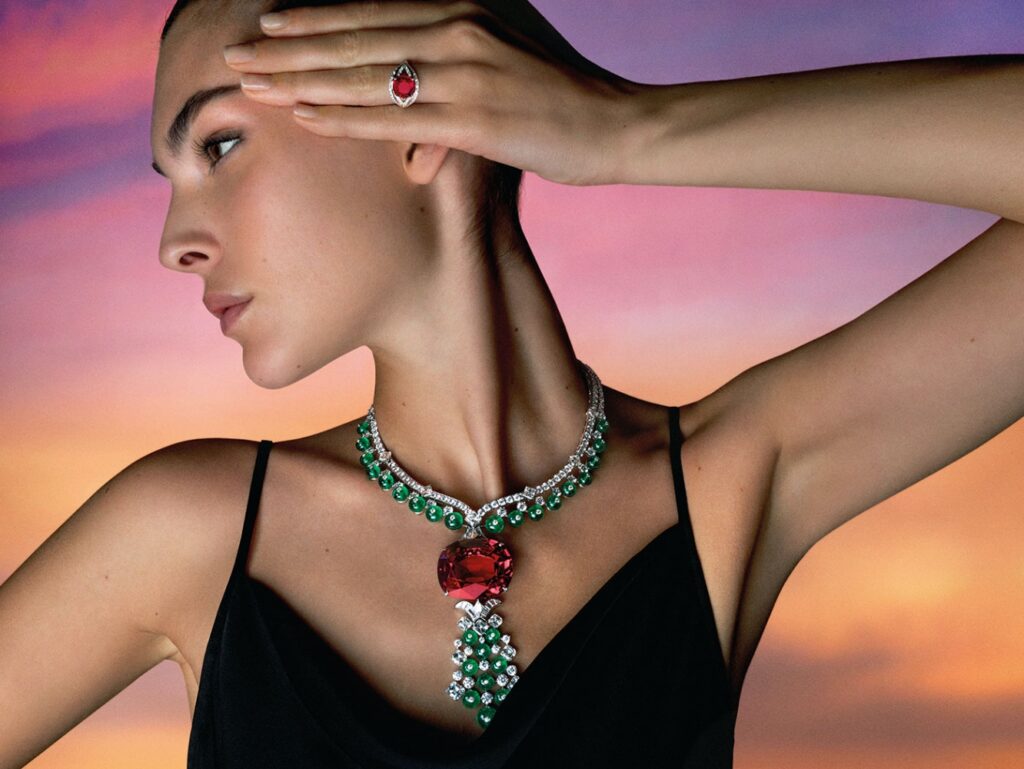 The collection is also as much an ode to the most precious stones as it is to the masterpieces and artisans that create them. It involves the rarest of gems that Bulgari has unearthed from around the world, spanning from an incredible 131.24 carats spinel—only the fourth in the world by carat weight but the most beautiful in terms of quality—to a 93 carats cabochon Colombian emerald. Not forgetting five marvellous oval cushion-cut Paraiba tourmalines, the rarest gems in the world, carrying a total weight of about 500 carats. 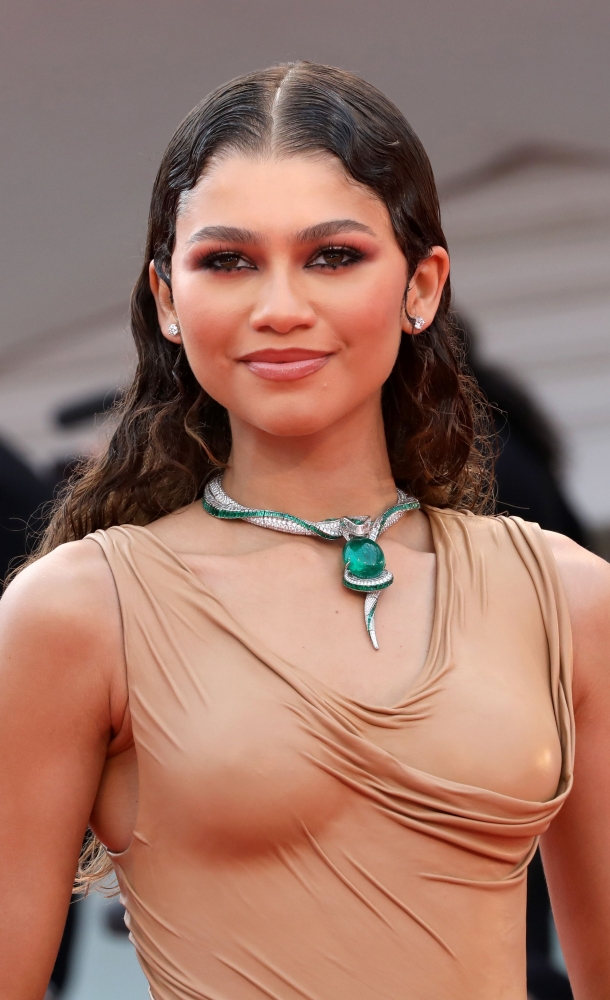 A superlative collection comprising of superlative gems, Magnifica demonstrates Bulgari at its boldest and finest. Check out some of its masterpieces below or visit here for a teaser of its launch last year. 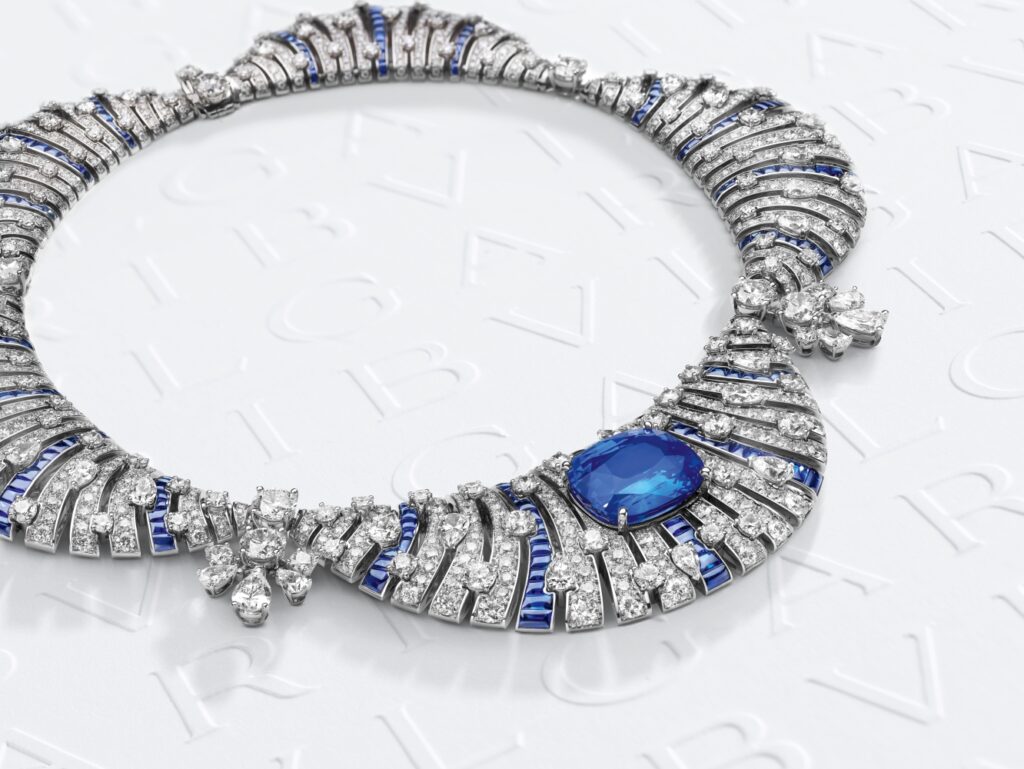