French culture has been a coveted and fashionable lifestyle adopted in pocketed niche societies in Malaysia. After many initiatives over the past decade by Alliance Française and the French Embassy, Malaysians have embraced a myriad of cultural experiences hosted by communities of expatriates and locals. Today, what is understood as French culture has become a celebrated collaboration of two societies. Every year, we are treated to what was formerly known as the French Art & Film Festival that has thrilled a following for 14 years returns with a new name this year – Le French Festival (LFF) 2016 from 6 May – 19 June 2016.

A collaboration with University of Malaya inbreds educational elements to the line up, with an extension to other parts of Malaysia such as Penang, Johor Bahru and Borneo. This 15th year edition is trademarked with much credibility, making this annual event a signature in Malaysia’s culture calendar.

BAZAAR’s Culture Guide will navigate you across an assortment of French film based on iconic novels written across time from animation and children to thrillers. Held all GSC Cinemas in Pavilion KL, Mid Valley Megamall, Nu Sentral and 1 Utama, a generous amount of showtimes conveniently on weekends and after 6pm on weekdays. The Official Le French Film Festival Trailer Malaysia 2016 – a cinematic showcase of 14 featured films.

For the full listing of showtimes, GSC Cinema. 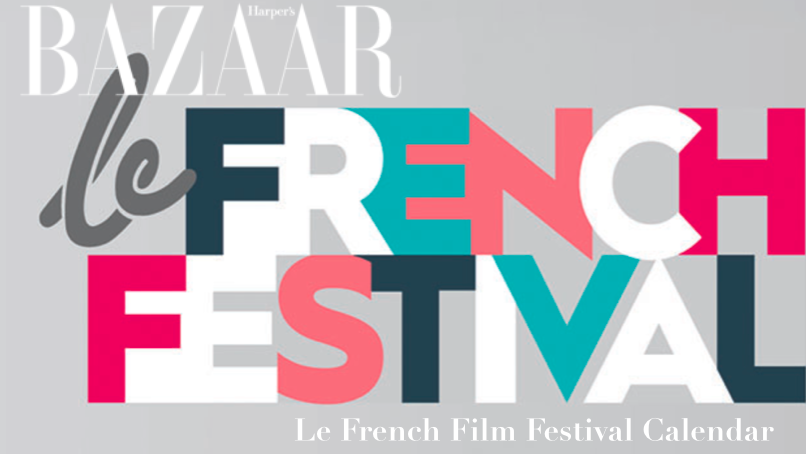 #BAZAARWord: L’apéro: A sacred moment in the daily Parisian life (right next to the morning cigarette) that refers to the pink champagne French people have right after work and right before dinner.

BAZAAR is celebrating all things French for the weeks of Le French Film Festival, explore our pages with the BAZAAR Culture Guide tag.