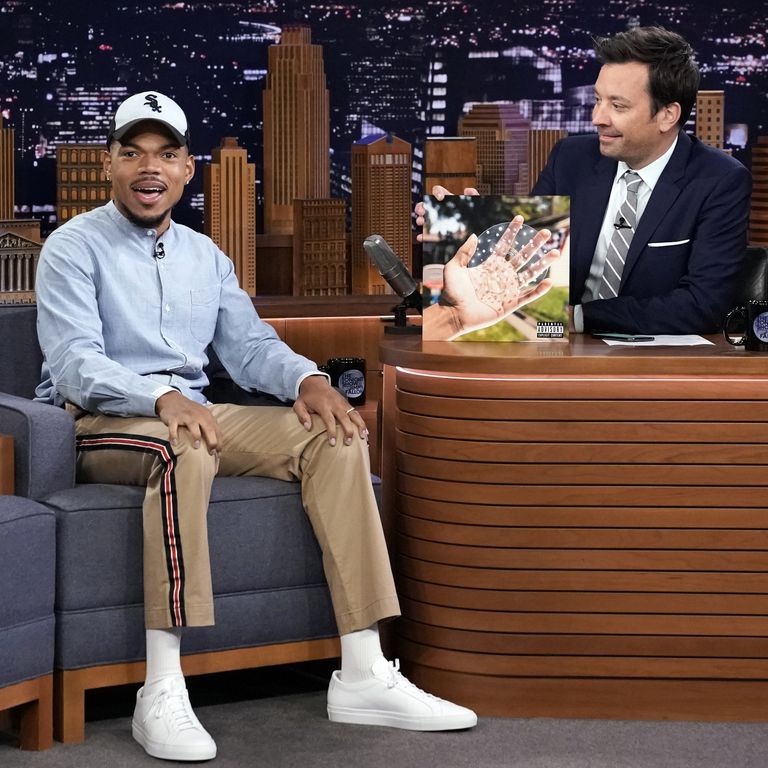 If you needed confirmation that Chance the Rapper’s album was going to be different from his other projects, all you had to do was look at the cover art. The Chicago–bred MC had a signature format for his past covers: They’re bold, whimsical portraits of him amid colorful backdrops, created by Brandon Breaux, and when put together, all three illustrations seem to tell a story. He appears awestruck on the cover of 10 Day, frenzied on Acid Rap, and blissful on Coloring Book. His newest drop, The Big Day, looks nothing like the rest.

Instead of the classic Chance bust, we get a photograph of a translucent CD embedded with crystals, glimmering in the light as the rapper holds it in his hand. For that, Chance the Rapper, née Chancelor Bennett, hired the perfect artist for the job: Sara Shakeel, a former dentist-turned-viral visual artist who turns the mundane into sparkling masterpieces.

You’ve probably scrolled past some of Shakeel’s work already. She edits diamonds and crystals into photos of celebrities from Kendall Jenner to Lana Del Rey, or into pictures of blunts, McDonald’s fries, stretch marks, fried eggs, and subways. At least one of her “digital illusions” is likely on your favorite mood board Instagram account. They’re so ubiquitous that Bennett took notice.

“Like, all of a sudden I saw someone, like, messaging me, Chance the Rapper, saying, ‘Hey, Sara, I love your work,’” Shakeel explains to BAZAAR.com. He sent her a screenshot of a piece she posted in April of someone holding a glittery, crystalline CD. “He was like, ‘Sara, I really want this work to be my next album cover.’” Shakeel jumped on the opportunity. “I said, ‘Okay, for sure. Let’s do this.’”

First, Shakeel created a digital image as she usually does, editing diamonds onto a photo of a disc, but Bennett wanted something tangible. He invited her to Chicago and she obliged, equipped with Swarovski crystals. (She’s close with the owner, Markus Langes-Swarovski.)

After about three trials, Shakeel landed on the final product: a clear resin disc embellished with 20 to 30 clear, diamond-cut Swarovski crystals. It took a day for her to create a mold for the disc and set in the resin, and then it took about a week for the material to harden to a plastic-like state. “If you see the image, the concept is 100 percent of what we made in reality,” Shakeel says. She just had to digitally enhance the flashes and sparkles emanating from the gems for a more enchanting effect.

Earlier this month, Bennett shared a video that shows him and his team with Shakeel, working on the disc concept and photographing it in a backyard. Clips include him flaunting the work at the The Lion Kingpremiere and his three-year-old daughter playing with it in her car seat. “He’s a very nice person, a very, very cool and humble person,” Shakeel says of the rapper. “To work with someone like that is amazing.”

The crystal disc, though a departure from Bennett’s past covers, makes sense for this drop. “The diamond itself and the crystals and sparkle itself represent happiness, and it presents something very exclusive, something very precious,” Shakeel explains. To Bennett, perhaps his debut album is just that. It’s a treasured milestone for one of the biggest musicians who spun the music industry on his head and won Grammys without a record deal.

To add to the album release celebrations, Bennett is also setting up a crystal-infused pop-up that Shakeel creative-directed; it features multiple rooms inspired by the rapper’s life, from his music-making to his wedding. Considering the sneak peeks from Shakeel’s Instagram Stories, the spectacle is a Kira-Kira fan’s paradise.

Shakeel, who lives in Pakistan, “never imagined” the life she has now. She says her popularity was an “accident”; she was a dentist with no formal artistic training, but she loved creating collages in her free time. Her big break occurred two years ago, when she digitally added crystals into a stash of lipsticks, posted the photo on Instagram, and awoke to 15,000 new followers and media coverage. “I was like, ‘This is something that people like, and let me just carry on with that,’” she says.

Shakeel acknowledges that social media propelled her unexpected career as an artist. “I love how Instagram and social media has made me who I am today in one way or another,” she says. “I found a new talent, which I never knew I had.” But her works also exist beyond the ‘gram. Earlier this year, she transformed her glitzy creations into sculptures at London’s NOW Gallery. The exhibition, called The Great Supper, featured a diamanté dinner table, complete with gem-coated food and utensils. The display closed in June, but she’ll have another, bigger art installation in London later this year.

The crystals have an emotional significance for Shakeel. She once edited diamonds dripping from a woman’s nose when she was suffering from severe sinuses. She created sparkly McDonald’s fries when she was craving fast food during a diet. “I was like, ‘This is how I see my food right now: Holy, and I can’t touch them,’ and it’s just sparkling there like, ‘Eat me!’” she recalls.

Shakeel’s Instagram bio reads, “Each picture heals a part of me and I hope it heals a part of you too.” The best thing about her pieces, she says, isn’t the fame; it’s the reactions she gets from her viewers. “That makes me so happy,” she says. “And that’s the reason why I came up with this creation.” 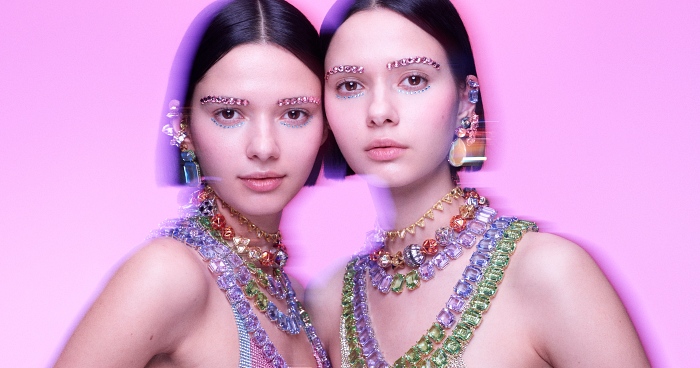 Swarovski’s New Collection is Vibrant and Full of Energy