Meet The Woman Behind Netflix’s Most Heartbreaking Documentary

“The great thing I’ve learnt from this film,” says Lucy Cohen of her directorial debut, “is that you don’t need permission to make anything, just go out there and do it.” Cohen’s go-getting spirit served her well when she first embarked on her affecting documentary Kingdom of Us, which follows the Shanks family as they come to terms with their father Paul’s suicide. The film-maker – who has spent the past 14 years as a documentarian at the BBC and Channel 4 – first met her subjects while scouting for a television project. “It didn’t happen for various reasons,” she tells Bazaar, “But I’d met this wonderful, chaotic, incredibly articulate family. I just felt something really special there and they were very open to the idea of a film. So, although there wasn’t any interest then from broadcasters, I felt a real pull and didn’t want to leave it there.”

Without funding or a clear narrative concept, Cohen set about conducting interviews with the seven children (all in their teens and early twenties) and their mother. How did Cohen manage to make them so comfortable with her? “We tried to create an atmosphere where you really do stand back and enable people to be as natural as possible,” she reveals. “They got used to the [small hand-held] camera very quickly. You develop a relationship as well, and there were no lights or sound crew or anything like that. It was very low-key.” 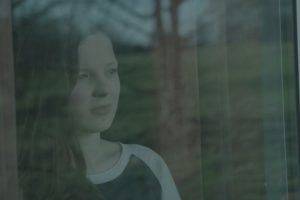 Even so, the family is remarkably candid, reliving traumatic memories in their heartbreaking testimonials covering everything from anxiety to anorexia. “The family are very open in talking about their father’s suicide and, indeed, about mental-health struggles,” says Cohen. “I think that’s incredibly brave and it’s important that there is more of a dialogue around mental illness. I hope that shares a positive message for people.”

In its very structure, Kingdom of Us underscores the cataclysmic effects of suicide on the bereaved. The film-maker combed through 100 hours of home-video footage to piece together an overarching picture of the family’s domestic life, which is systematically defined in relation to Paul’s death. The audience is originally sequestered in the Shanks’ Coventry home amid the emotional turmoil, only leaving it via expertly cross-cut archive clips. These cassettes are presented as a blessing and a curse, at once keeping Paul alive and conjuring painful memories. Cohen believes that, overall, the children are grateful for this record. “It’s the tender times and the good times. Memories are often a mix of the good and the bad, but I know they continue to watch those tapes with a lot of fondness.” 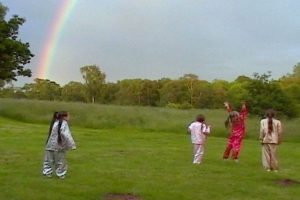 The Shanks clan are also overjoyed that the documentary has been picked up by Netflix. “The family really wanted the film to reach young people, who aren’t the audience who go to film festivals. But are an audience who watches Netflix,” says Cohen. Indeed, according to Lisa Nishimura, Netflix’s vice-president of original documentary and comedy programming, 75 per cent of all users have watched a documentary on the site. Since Kingdom of Us rolled out onto the streaming giant’s 190-country base, “the family have had messages from across the world, from people who have watched the film online, who have been incredibly supportive and touching in how it’s moved or helped them”. True to its non-disclosure policy with ratings, Netflix has not divulged the film’s audience figures to Cohen, but she assures me that “a wide range of people: male, female and different ages” have been tuning in to Kingdom of Us.

After emerging from her deep-dive into the Shanks’ psyches, Cohen secured initial funding for Kingdom of Us from Chicken & Egg, an organisation that supports female film-makers. So far, she has found that being a woman in the industry has not stymied her success. “Within documentaries there is greater representation of female film-makers than there is in fiction or commercials or music videos. It gets more difficult where there are higher budgets in different areas that I haven’t got into yet.” Despite Greta Gerwig’s historic Best Director Oscar nomination last week, Cohen maintains that it is still an uphill struggle for women breaking into cinema. “This is my first feature and the statistics of women who make a first feature but never make another film are not great at all.” She’s not wrong: research by the University of Southern California has shown that a whopping 80 per cent of female directors never make a second feature. “I wonder whether my biggest challenges are yet to come,” she concludes, wistfully.

Future challenges aside, Lucy Cohen has had a phenomenal year, scooping up the Grierson Award for Best Documentary at last October’s London Film Festival, where the Shanks family lit up the red carpet with their beaming smiles. The film-maker also earnt a Bafta nomination for outstanding debut by a British writer, director or producer. “It was a huge surprise, partly because I hadn’t known that we’d been entered in that category!” she gushes. “It’s a great honour and it’s really unexpected and I’m absolutely delighted.”

What’s next on the cards for this rising star? “I am interested in moving into the fiction space,” she says. “I’m very much determined to make another film and I think it will be interesting because so far I have been an observational film-maker and I’m now going to need to adapt.” By making “a film about this family in search of a story”, Cohen has in turn penned her own. We’re certainly looking forward to reading her next chapter.

‘Kingdom of Us’ is available now on Netflix.