The Obamas Set to Produce Their Own Netflix Show

Barack Obama is reportedly in talks to produce his own Netflix show. The former president is said to be discussing a proposed deal which would see him and wife Michelle create exclusive content for the online streaming site, The New York Times reports. 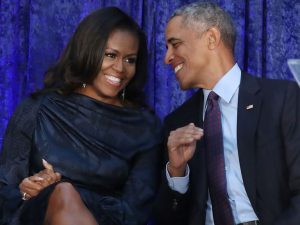 Obama is planning to “highlight inspirational stories” on the platform, rather than using it to criticise Donald Trump or discuss his policies. A deal has not yet been finalised, but the show may well follow the former president as he explores key matters from his presidency, including healthcare, voting rights and immigration. The programme may also be centred around one of Michelle’s biggest passions (which she championed in the White House) – nutrition. 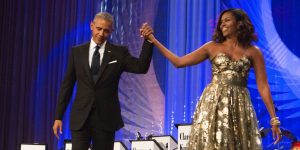 “President and Mrs Obama have always believed in the power of storytelling to inspire,” Eric Schultz, senior advisor to former president said in a statement. “Throughout their lives, they have lifted up stories of people whose efforts to make a difference are quietly changing the world for the better. As they consider their future personal plans, they continue to explore new ways to help others tell and share their stories.”

If Netflix and the Obamas do reach a deal on a show, it will not mark the first time the former president has appeared on the site. Obama was the first guest on David Letterman’s new Netflix show, which saw him talk about everything from his childhood to post-presidency, race relations and the current state of the US media.

“If you watch Fox News, you are living on a different planet than you are if you are listening to NPR,” Obama said on the show, highlighting the significantly different ways he was portrayed on different channels.

This issue of the flow of information in the media has long been a concern of the former president – and having his own Netflix show would give him the opportunity to have an unfiltered method of communication to people all over the world. The streaming site currently has 118 million subscribers globally, giving him the potential for a huge audience. And, considering the Obamas’ popularity, this deal will be a major coup for Netflix too.