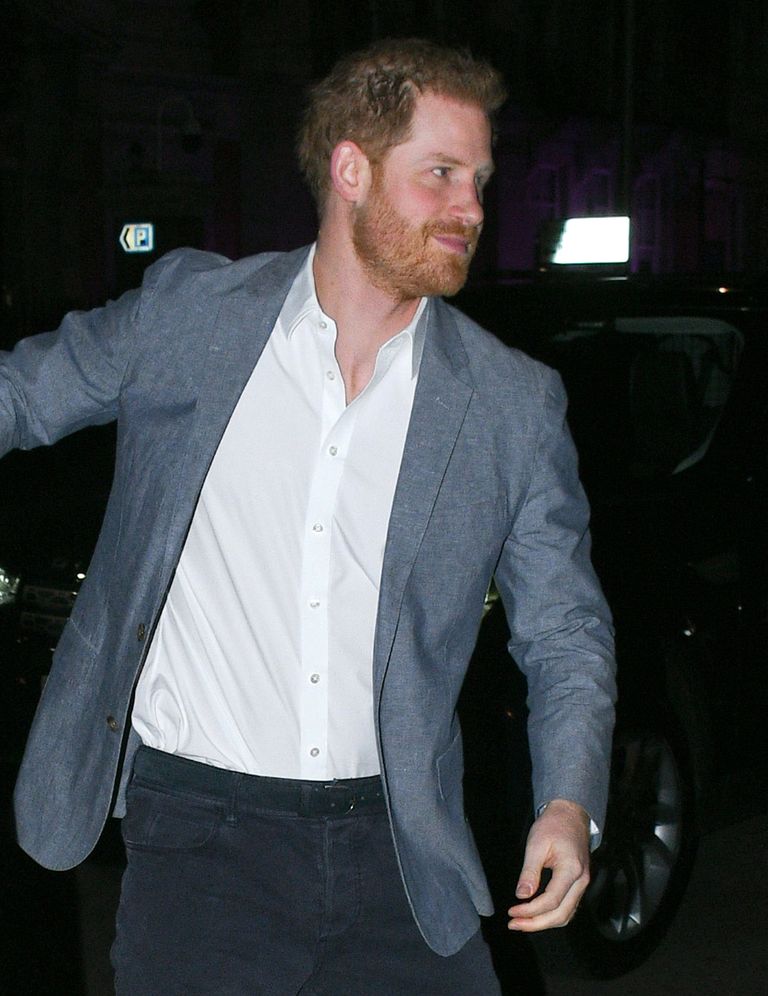 Following the announcement that the royal family has reached an agreement regarding the future of the Sussexes, Prince Harry stepped out in London on Sunday night.

The Duke of Sussex gave a speech at the event, which was held in honor of his charity, Sentebale. Hosted by The Caring Foundation, the event was organized to raise essential funding to support young people living with HIV in Africa.

Prince Harry addressed his decision to step down as a senior member of the royal family. He revealed, “it brings me great sadness that it has come to this. The decision that I have made for my wife and I to step back, is not one I made lightly. It was so many months of talks after so many years of challenges.”

The duke also spoke of losing his “mum 23 years ago,” and the support he has always felt in the United Kingdom. Looking forward, Harry discussed his hope for “a more peaceful life.” 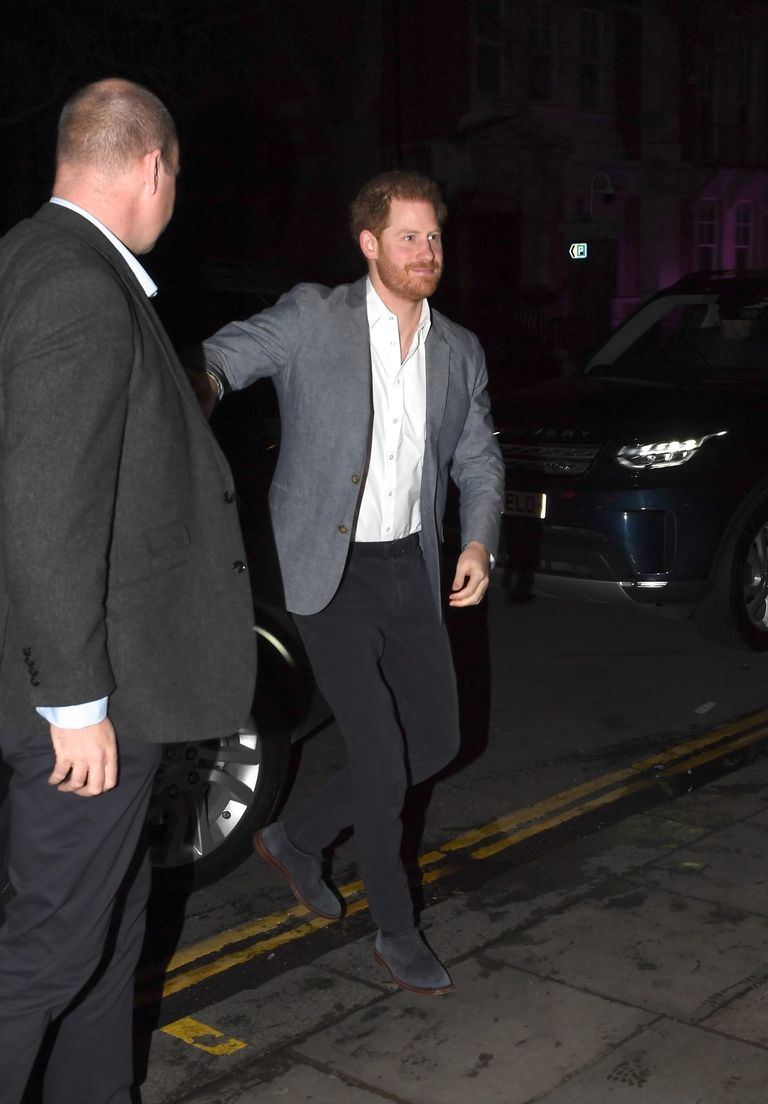 Good evening, and thank you for being here for Sentebale, a charity me and Prince Seeiso created back in 2006 to honor my mother’s legacy in supporting those affected by HIV and AIDS.

Before I begin, I must say that I can only imagine what you may have heard or perhaps read over the last few weeks…. So, I want you to hear the truth from me, as much as I can share–not as a prince, or a duke, but as Harry, the same person that many of you have watched grow up over the last 35 years–but with a clearer perspective.

The UK is my home and a place that I love. That will never change.

I have grown up feeling support from so many of you, and I watched as you welcomed Meghan with open arms as you saw me find the love and happiness that I had hoped for all my life. Finally, the second son of Diana got hitched, hurray!

I also know you’ve come to know me well enough over all these years to trust that the woman I chose as my wife upholds the same values as I do. And she does, and she’s the same woman I fell in love with. We both do everything we can to fly the flag and carry out our roles for this country with pride. Once Meghan and I were married, we were excited, we were hopeful, and we were here to serve.

For those reasons, it brings me great sadness that it has come to this. The decision that I have made for my wife and I to step back, is not one I made lightly. It was so many months of talks after so many years of challenges. And I know I haven’t always gotten it right, but as far as this goes, there really was no other option.

What I want to make clear is we’re not walking away, and we certainly aren’t walking away from you. Our hope was to continue serving the Queen, the Commonwealth, and my military associations, but without public funding. Unfortunately, that wasn’t possible.

I’ve accepted this, knowing that it doesn’t change who I am or how committed I am. But I hope that helps you understand what it had to come to, that I would step my family back from all I have ever known, to take a step forward into what I hope can be a more peaceful life.

I was born into this life, and it is a great honor to serve my country and the queen.

When I lost my mum 23 years ago, you took me under your wing.

You’ve looked out for me for so long, but the media is a powerful force, and my hope is one day our collective support for each other can be more powerful because this is so much bigger than just us.

It has been our privilege to serve you, and we will continue to lead a life of service.

It has also been a privilege to meet so many of you, and to feel your excitement for our son Archie, who saw snow for the first time the other day and thought it was bloody brilliant!

I will always have the utmost respect for my grandmother, my commander in chief, and I am incredibly grateful to her and the rest of my family, for the support they have shown Meghan and I over the last few months.

I will continue to be the same man who holds his country dear and dedicates his life to supporting the causes, charities and military communities that are so important to me.

Together, you have given me an education about living. And this role has taught me more about what is right and just than I could have ever imagined. We are taking a leap of faith – thank you for giving me the courage to take this next step.

So… welcome to Richard’s garden–minus the fountain!

First, may I echo Johnny’s words earlier and thank in particular Patricia and Richard, and all the teams involved in making tonight so very special and such a success… at least so far…

Thank you also for turning up!

I’m sure Lewis was the draw factor, but I know you will all be leaving tonight with a better understanding about what we’re trying to achieve at Sentebale, and that’s what really matters to us.

I first visited Lesotho many years ago, back in 2004, and was shown around by my dear friend Prince Seeiso–who sadly isn’t able to join us this evening.

Struck by the hardship and challenges so many children faced, and with the support of local partners, we set up Sentebale two years later. The word Sentebale means “forget me not” in Sesotho and also serves as a memory of both Prince Seeiso’s mother as well as my own.

Since the beginning, we’ve developed a series of programs and created the purpose built Mamahato center to help a generation of children break through the stigma that is allowing the HIV epidemic to thrive. Half of those children had lost either one or both of their parents to the virus.

But today through our networks of clubs, camps and programs across both Lesotho and Botswana, we help children and young adults to learn that they can go on to live happy and productive lives, despite being HIV positive.

We teach them that this human immunodeficiency virus doesn’t have to be a death sentence for anyone anymore, that the real enemy we are fighting is stigma, and the antiquated attitudes that work against young people coming forward when wanting to take an HIV test. This is relevant in every part of the world today, including here in the UK, where there are an estimated 110,000 people living with HIV.

Here, I can’t not mention my dear friend Gareth Thomas–who in my mind–has quite literally changed the way people think about HIV–so thank you bud.

By being here tonight, every one of you are helping to fight that stigma and helping a generation of children and young adults to becoming the generation that ends it.

My work and commitment for this charity, that I founded 14 years ago now, will never falter. I and all those at Sentebale, be it here in London, Lesotho or Botswana–will continue the work to make real long-lasting impact for all those that have been left vulnerable.

There’s a lot to do, but it’s only possible by working together and receiving support from people like yourselves… and like Lewis Capaldi… who has so generously flown here directly from Malaysia, via Dubai–taking tonight out as a detour on his way to the Grammys in Los Angeles – where he is nominated for Best Song. Lewis, thank you for taking time out of your busy schedule to be with us this evening. We are all incredibly grateful. 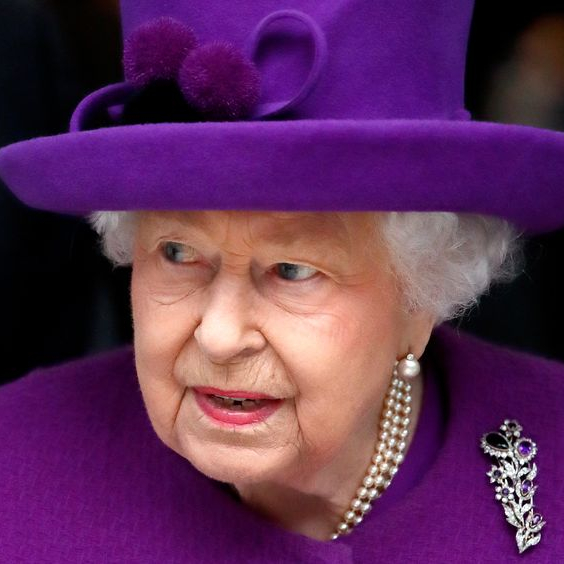