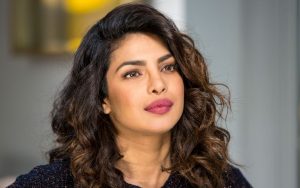 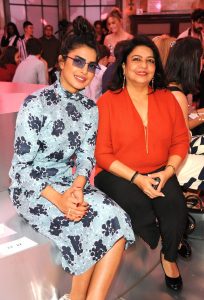 Firebrand follows the life of a successful and ambitious lawyer – played by Usha Jadhav – who is a sexual assault survivor dealing with PTSD.

She tackles difficult family cases while also coping with intimacy issues in her own marriage. The film revolves around trials and tribulations of contemporary modern day relationships. 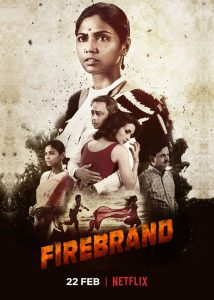 Priyanka and Madhu praised Netflix for promoting diversity and accepting all genres on their global platform.

“The age of digital has changed the way we consume content,” the Quantico actress said. “Today, the story is king and audiences are open to and accepting of all kinds of genres.

“We scroll for content that appeals to our mood and mind, equally. This definitely was one of the major reasons behind our move of taking our latest Marathi project Firebrand straight to Netflix. A story like Firebrand deserves to reach audiences far and wide and I’m thrilled to be bringing this to Netflix.”

Madhu added: “Firebrand is packaged with a gripping, powerful narrative along with an ensemble of talented actors and we are truly excited that this story will reach millions of diverse Netflix members. We are delighted to have Netflix as a partner that will help us take this meaningful cinema to new audiences across the globe.”

Priyanka – who recently returned from her honeymoon with husband Nick Jonas – has also confirmed that she will star in and produce a film adaptation of Netflix’s hit documentary series Wild Wild Country. The 36-year-old star will play Ma Anand Sheela, the right-hand-woman to the Rajneesh cult’s leader Bhagwan Rajneesh.

Firebrand will premiere on Netflix on February 22.