Adele is Back in Business 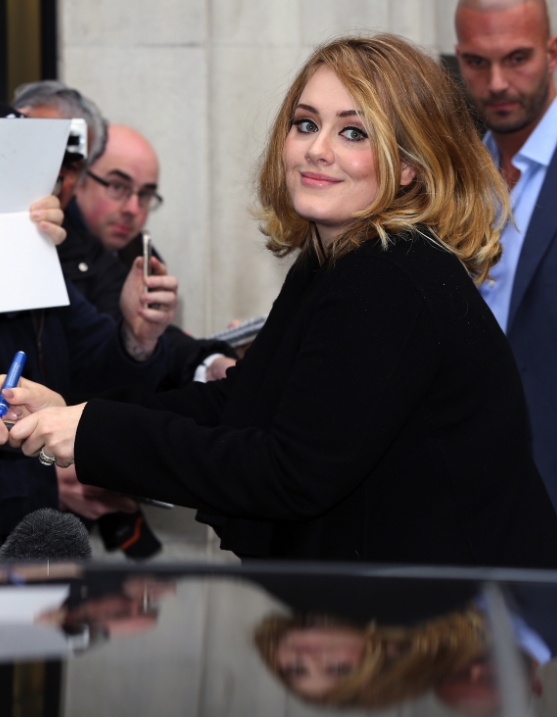 Adele, back in business

After a two and a half-year hiatus, Adele returned to the music scene with “Hello”—the first single from her new album, ​25​—and promptly broke innumerable plays, sales and downloads records. With the album just a few weeks away (it drops November 20), Adele appears on the cover of ​Rolling Stone, makeup-free with her wet hair casually pushed back—a refreshing departure from her normally super-glam appearance. Inside, an intimate profile offers a glimpse into the secluded life of the star. Read on for her thoughts on motherhood, her career and feminism, then read the full profile here.

On today’s music: “I feel like I don’t know what’s going on in the charts and in popular culture. I’ve not lost touch with, like, reality. Just with what’s current…I’m just f*cking waiting for Frank f*cking Ocean to come out with his album. It’s taking so f*cking long. That sounds so stupid, coming from me, doesn’t it?”​

On fame: “People think I hate being famous, and I don’t. I’m really frightened of it. I think it’s really toxic, and I think it’s really easy to be dragged into it. Watching Amy [Winehouse] deteriorate is one of the reasons I’m a bit frightened. We were all very entertained by her being a mess. I was f*cking sad about it, but if someone showed me a picture of her looking bad, I’d look at it. If we hadn’t looked, then they’d have stopped taking her picture. That level of attention is really frightening, especially if you don’t live around all that showbiz stuff.”

On the concept of the “squad”: “I’ve heard about a squad. I wish my squad was all supermodels. We are, in our brains. I guess I have my own squad. It’s not as interesting as some of the other squads that are around right now. But maybe Rihanna can be in my squad! That would be really cool. Oh, God. She’s life itself, isn’t she? I love her.” 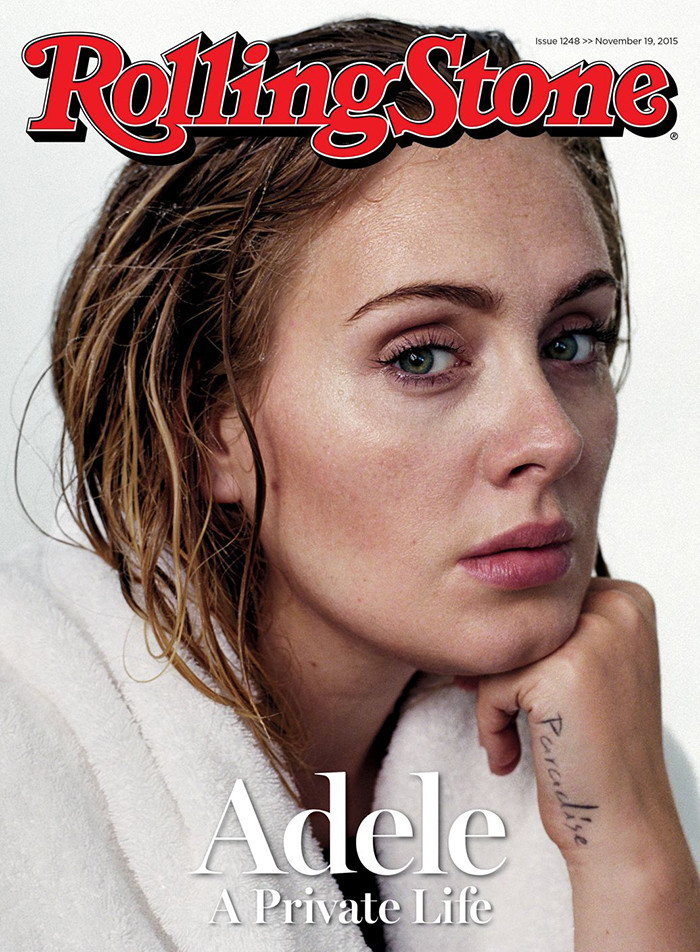 On the pressure of ​21​’s success: “I felt like I’d lost control of my life at one point. The bigger that your career gets, the smaller your life gets.”​

On her pregnancy: ​”All my plans went through. It was like, ‘For good measure, let’s see if I can cope with all of this and then having a baby.’ But I think actually the pregnancy was perfect timing in the end. It might’ve seemed like the most ridiculous time to have a baby, but I was starting to get a bit afraid of everything.”

On her son, Angelo: “When I had him, it made everything all right, and I trusted everything because the world had given me this miracle, you know, so I became a bit of a hippie, an Earth mother… ​All the things I really like about myself, he brings out in me, and he’s the only person that tells me no. He completely rules me. He’s the boss of me, and it’s so funny for other people to watch, because I’m the boss of everything in my work life.”​

​On her weight: ​”Would I show my body off if I was thinner? Probably not, because my body is mine. But sometimes I’m curious to know if I would have been as successful if I wasn’t plus-size. I think I remind everyone of themselves. Not saying everyone is my size, but it’s relatable because I’m not perfect, and I think a lot of people are portrayed as perfect, unreachable and untouchable.”

On her reputation for sad music and her new album: “​Do you think everyone will be disappointed that I’m happy?​ ​It would be a bit tragic to do a heartbreak album again. A cliché, not even tragic! It’d be such a cliché. What if I was heartbroken? What the f*ck would I write about? ‘Cause I can’t write a f*cking heartbreak record again! So just flip and reverse it.”​

​On her previous albums: “Being defined by any record is a dream come true when you’re an artist. To the general public, it’s not about your body of work. In most cases, it’s about the song that reminds them of something in their lives. They take you into their heart.​”