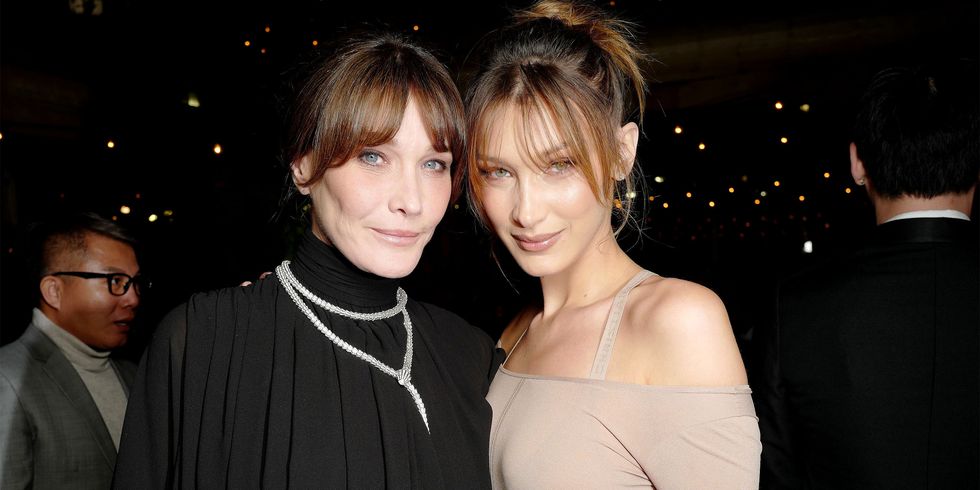 Supermodel and singer Carla Bruni and top model Bella Hadid have us seeing double. Both ladies are currently in France for the annual Cannes Film Festival, and the pair posed for pictures together during a dinner for Dior last night. When Bruni posted a black and white photo of herself and Hadid in a warm embrace to her Instagram, we had to do a double-take. They’re basically twins.

Despite both women wearing two distinct outfits—Hadid in a nude off-the-shoulder top and skirt and Bruni in a black turtleneck—their glam was essentially the same. Both sported face-framing wispy bangs and put their matching brunette hair in an updo. 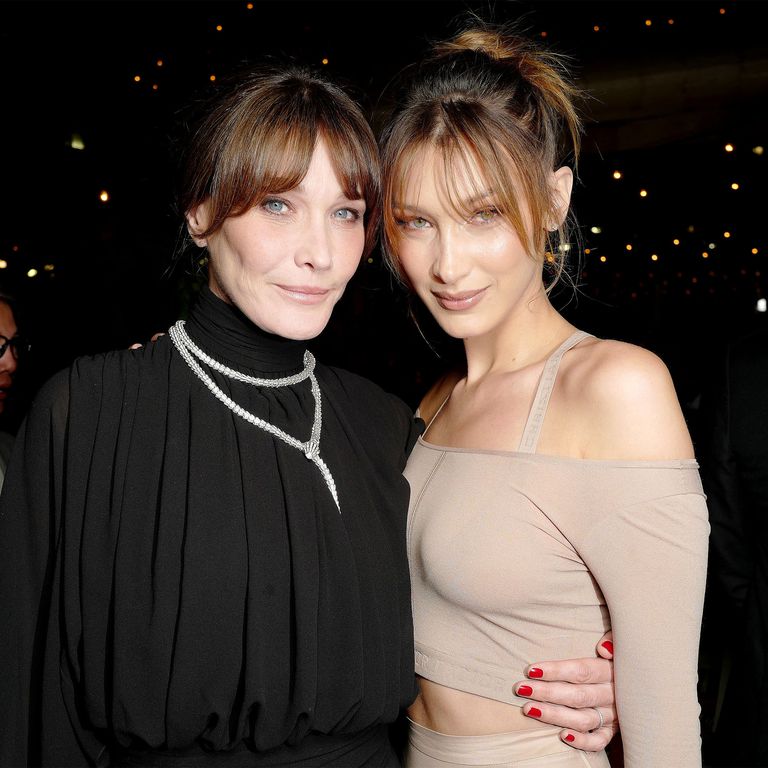 “With my (slightly younger) sister @bellahadid 😜🦋💕at the @vogueparis x @Dior dinner in Cannes,” Bruni captioned her Instagram. “Love you so very much 🖤🖤🖤,” Hadid responded in the comments section. Bella’s mother, Yolanda Hadid, even chimed in, adding two red heart emojis, letting everyone know that she approves of their precious twinning moment.

Interestingly enough, this isn’t the first time Bruni has embraced Hadid as her mini doppelgänger. On May 13, Bruni shared another black and white snapshot of herself and Hadid smizing at the camera during the 2018 Cannes Film Festival. At the time she wrote “Do I have a hidden daughter? ❤️ @bellahadid” as her caption.

Perhaps in the future, the two models will continue to use the Cannes Film Festival as their yearly meeting spot to perplex us all with their stunning look-alike features.