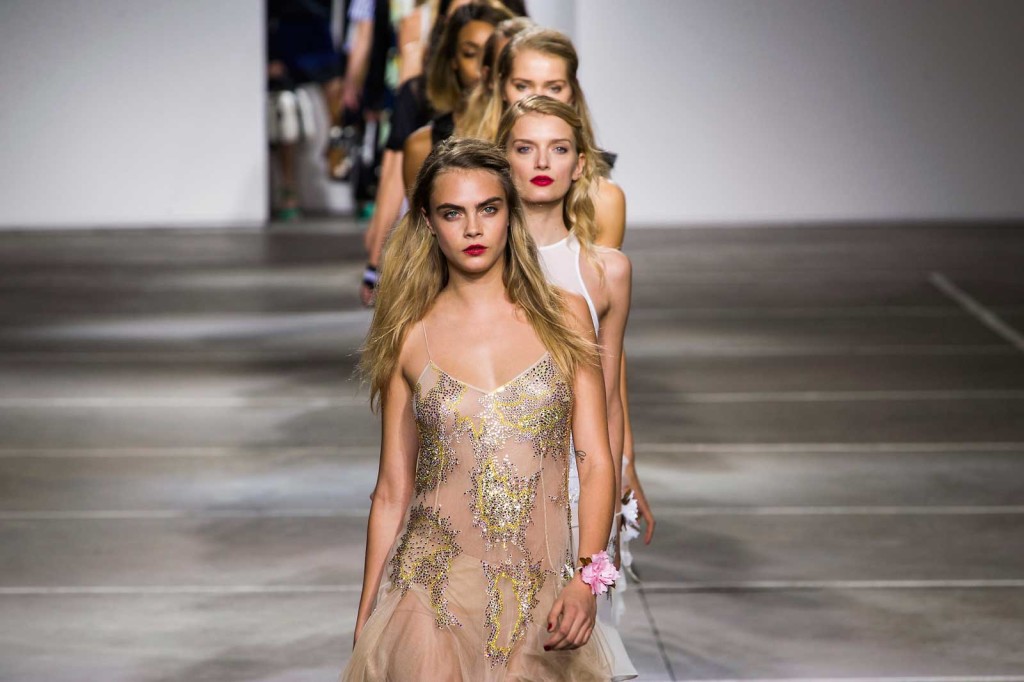 In a recent interview, Cara Delevingne put to rest the rumors that she’s leaving fashion for acting, despite officially leaving Storm Model Management last month. “I’m not stopping modeling, I’m not retiring. I’m just doing film for the time being,” she told The Hollywood Reporter. “Careers change and you develop and get older. I still have very close relationships with the people I used to work with. Maybe I’ll do fashion sometimes, but at the moment I have no time to do anything.”

With the success of her recent flick Paper Towns, ​​Delevingne has had no shortage of critics’ praise for her diverse talents—even from fashion industry icon, Karl Lagerfeld. “He’s always known that I’ve wanted to act. He was very nice to put me in his fashion film,” Delevingne said in the interview. “And he knew I wanted to do music so he let me do that as well. He’s been nothing but supportive.”​