There’s nothing like a solid reality check when you’re surrounded by kids—dressed better than you on a Saturday morning. And these aren’t any ordinary kids—they are BAZAAR’s most stylish 21st century kids.

Easily spotted with an iPad or iPhone in hand, today’s centennials aren’t just schooling us in the tech-department (seriously, what did we have when we were 5?), but also in the style stakes. Take for example current It Girls Willow Smith and Lily Rose-Depp, both of whom are undoubtedly cooler and with better wardrobes than the most of us when we were younger. Nonetheless, behind those Chanel backpacks and Armani denim, what really sets them apart is their fresh approach towards fashion. Rules are thrown out of the window, and colouring beyond the lines are highly encouraged. 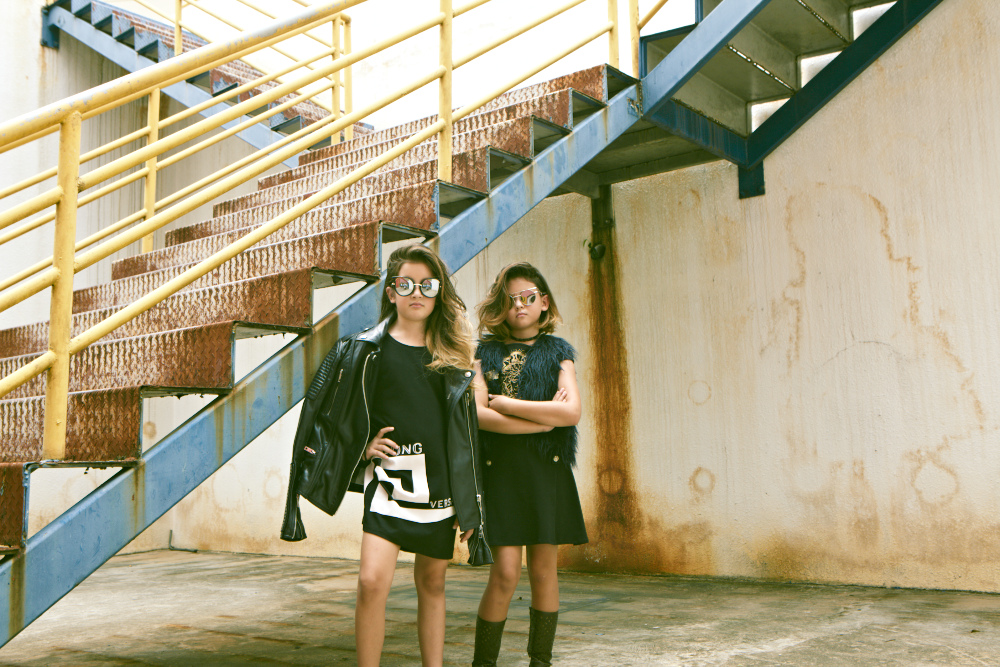 Much like any other minimalist worth her salt, blacks are an absolute staple for sisters, Elie and Keia Lo “If only clothes could be only in that colour,” admits 9-year-old Elie, who has a secret habit of wearing older sister Keia’s clothes (sorry for letting the cat out of the bag). “I think she has great style. Although, whenever I raid her closet, she’ll definitely be mad at me!” Elie’s got a point. Nothing is chicer than having an understated monochromatic wardrobe, and big sister Keia hits this right on the nail. “Although I enjoy wearing colourful things at times, I do wish they’d make clothes with shades somewhere between blacks and whites,” says the 11-year-old, whose minimalist wardrobe consists of simple shorts and casual jumpers à la Kendall Jenner. In contrast, Elie’s own take on black-on-black dressing has a ’90s grunge spin. 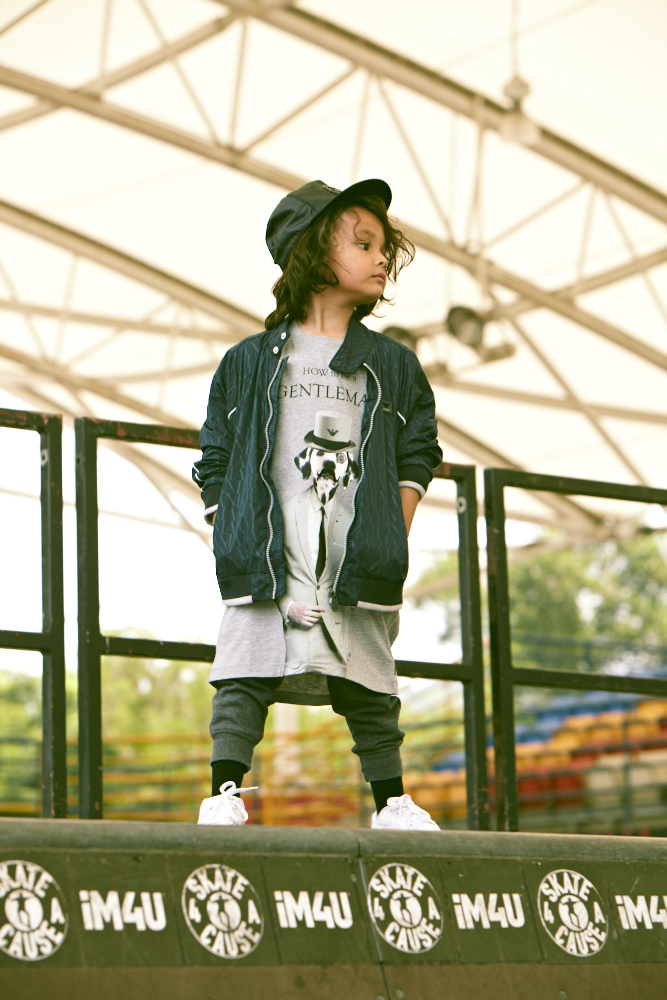 Speaking of maximalism, 4-year-old Isaiah Pagnoux and 2-year-old Leo Siva are all about taking fun and graphic prints to the next level. Forget Keith Haring prints; for these boys, superheroes, dinosaurs, and animals are complete must-haves on their list. “I like anything that has a fun print to it, especially if Batman and Superman are on it!” states Leo, while little heartbreaker Isaiah favours the bold with head-to-toe animal prints. 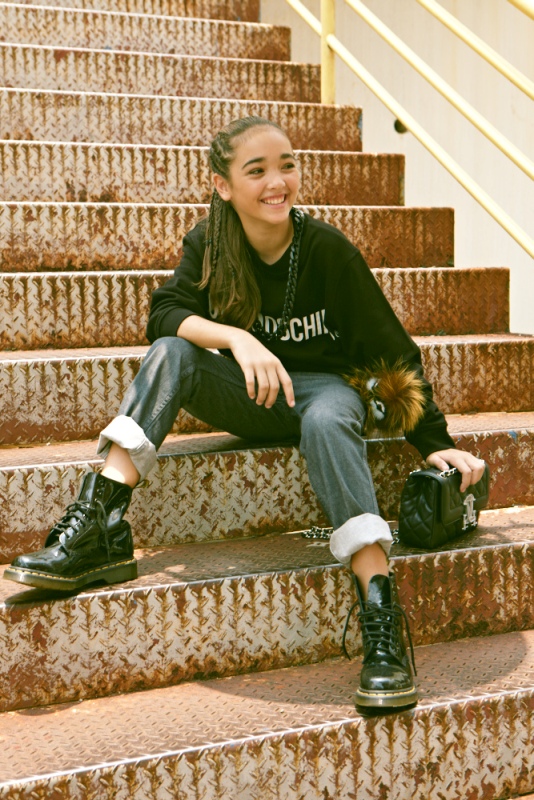 For Sofia Landis, however, a girly twist with a hint of edge makes all the difference. “I like shorts and crop tops,” says the 12-year-old. “Sadly, though, my mother doesn’t approve of me showing too much skin, so I prefer to lounge around in summer shorts and classic tees.” At the end of the day, it is her nonchalant attitude that truly defines her style. She is unafraid of letting her own personality shine through all that she wears … and the same could definitely be said about this year’s most stylish centennials. 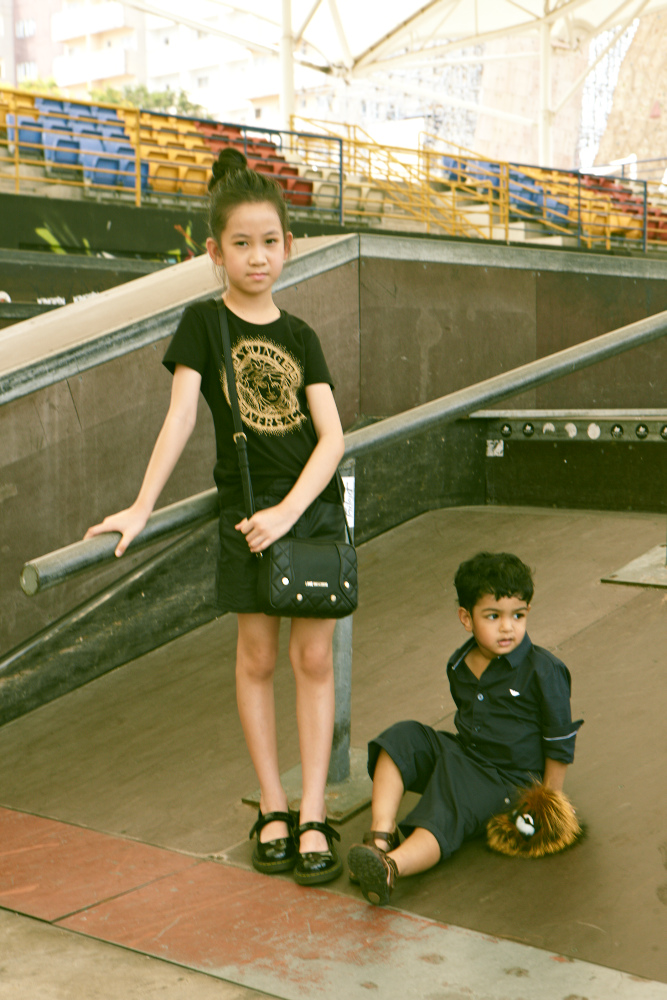 Gyzelle and Gabryelle Tang, daughters to former Miss Malaysia Universe Tung Mei Chin, have taken on the notion of colouring and thinking outside the box (and norm) quite well. Having previously lived in the booming metropolis of Shenzhen, China, the stylish duo is often seen in über-cool tomboyish outfits, a nod to the city’s casual fashion forward aesthetic. Think ripped denim jeans paired with well-tailored shirts, as well as polka-dot jumpsuits with Nike high tops. “I like to look cool,” says 10-year-old Gyzelle, who paired her leather miniskirt with a Young Versace tee and Armani Junior bomber jacket. 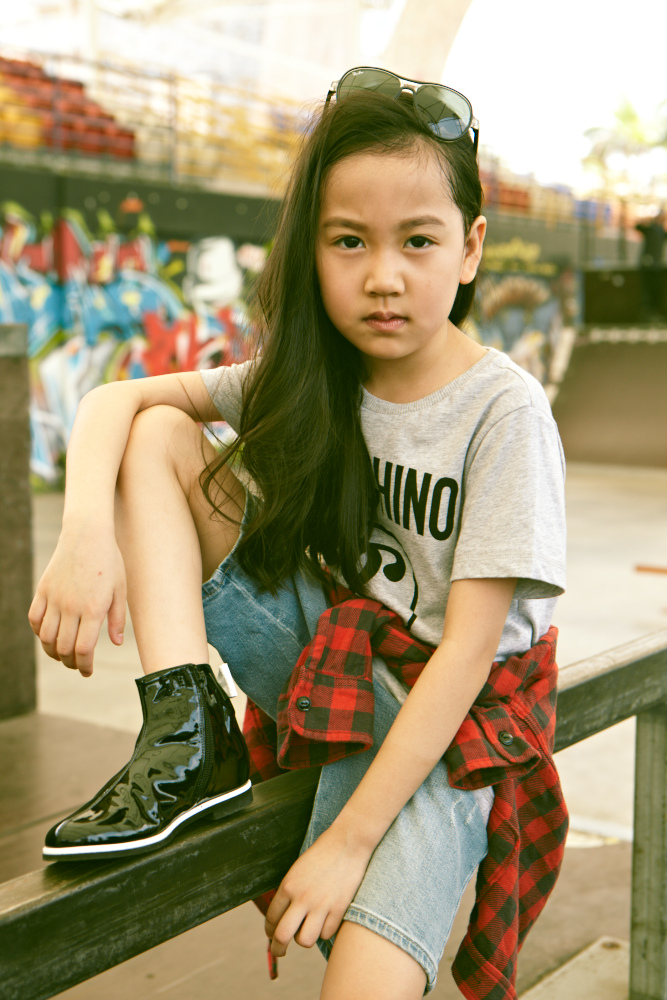