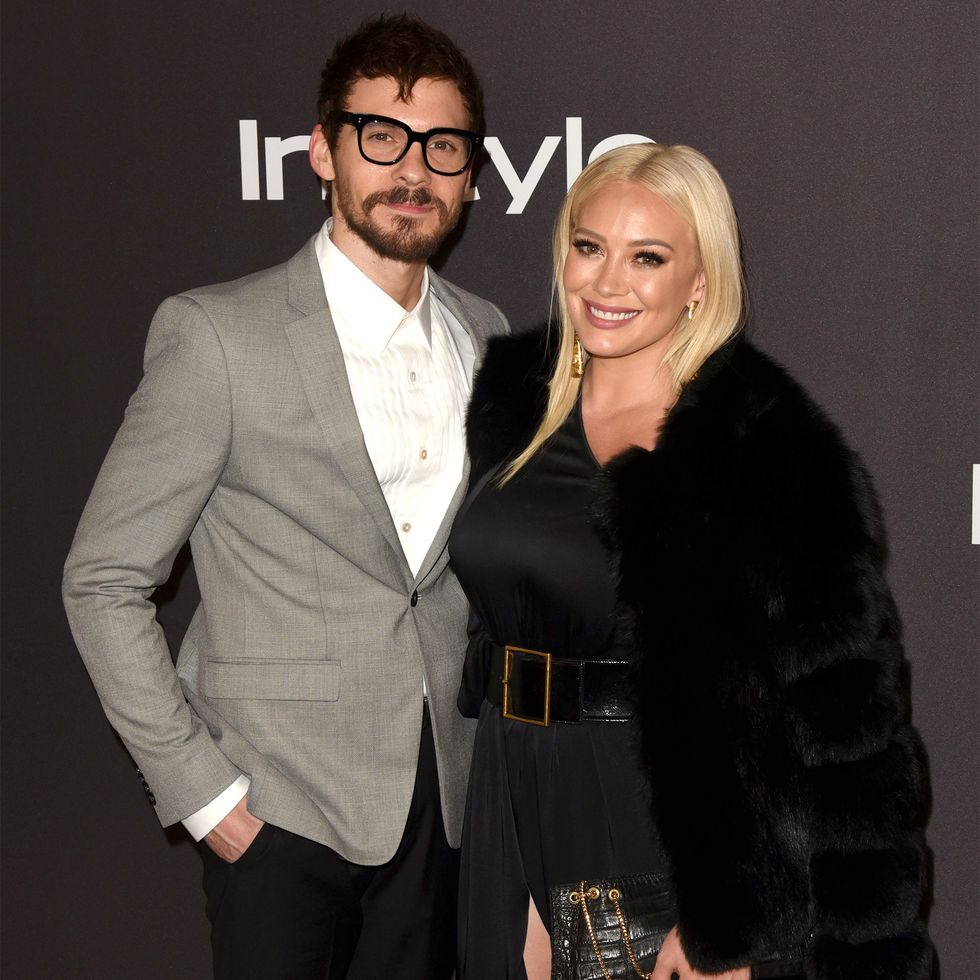 In her Instagram shot, which was taken in New York City, Duff is smiling from ear-to-ear, showing off what appears to be a cushion cut engagement ring, set on either a split shank band or flanked with trillions.

It appears that the third time is a charm for the singer/actress and Koma, who have been together for almost two years. The couple, however, has dated twice before. In an interview on The Talk, Duff revealed that she an Koma had dated twice before. She explained, “I think that you have history and a past with someone, and love—just because it doesn’t work out the first time, the second time, as long as there’s not too much damage done, then it can always work out again.” And work out again it did.

These two started as longtime friends and creative collaborators before dating on-again-off-again. Koma co-wrote the songs “Arms Around a Memory,” “Confetti,” and the title track on Duff’s fifth studio album, Breathe In. Breathe Out.

This marks Koma’s first engagement (and first child after the birth of the couple’s daughter); Duff has been married once before, and filed for divorce from ex-husband, Mike Comrie, in 2015. Prior to reconnecting with Koma, Duff dated celebrity trainer Jason Walsh, who has coached the likes of Brie Larson, Emma Stone, John Krasinski, Emily Blunt, and Alison Brie, before rekindling her romance with Koma in 2017.

One thing is for sure, given the duo’s passion for music (and the stunning ring Koma proposed with), their wedding promises to be one fun party, full of stellar fashion.