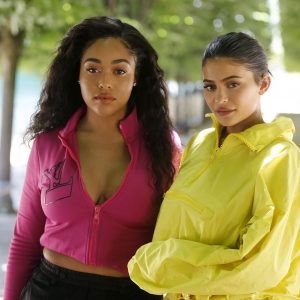 Another Kardashian scandal apparently broke the internet yesterday after it was reported that Khloé Kardashian’s boyfriend, Tristan Thompson, called it quits because he allegedly cheated on her with Kylie Jenner’s best friend, Jordyn Woods. So how is the beauty mogul, caught between her closest friend and her family, handling the news?

Jenner “was in denial for days” and “is very torn on how to handle the situation,” a source told E! News.

Members of the Kardashian-Jenner clan, however, are taking a stronger stance. “The whole family is writing Jordyn off,” E!‘s insider added. 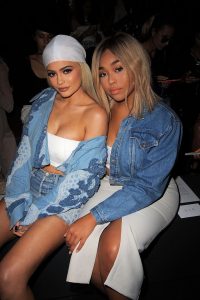 “The whole family is furious,” another source told People. “They were blindsided.” According to the outlet, the famous family is “beyond angry and disgusted” with Kyle’s bestie.

Khloé, specifically, is in “disbelief” over the scandal, according to E!’s insider. She’s “more disappointed that someone so close to their family would betray her,” the source added. “She can’t believe it.”

Woods herself has not yet publicly responded to the allegations. However, yesterday Thompson tweeted then deleted the statement: “FAKE NEWS”. 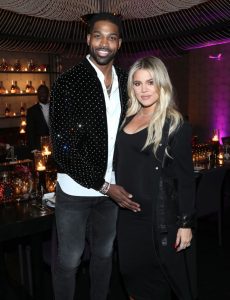 Khloé reportedly found out about Thompson’s cheating allegations on Monday, E! reports, and confronted the basketball player about the rumors.

“She heard it from multiple people and doesn’t believe him for a second,” another insider told the outlet.

Cheating scandals are unfortunately nothing new between Khloé and Tristan. Last year, reports broke that the NBA player was unfaithful to the reality star days before the birth of their daughter, True.

Khloé and her friends appeared to confirm the reports between Thompson and Woods yesterday with telling Instagram comments.

The account @hollywoodunlocked posted a video about the allegations that Thompson cheated on Khloé with Woods at his house party. Khloé commented a series of shouting emojis; her friend Malika Haqq wrote, “STRONG FACTS”; and Kardashian pal Larsa Pippen replied, “Amen!!!”.