Lady Gaga Opens Up About Her Rape: “Because Of The Way I Dress, I Thought I Brought It Upon Myself” 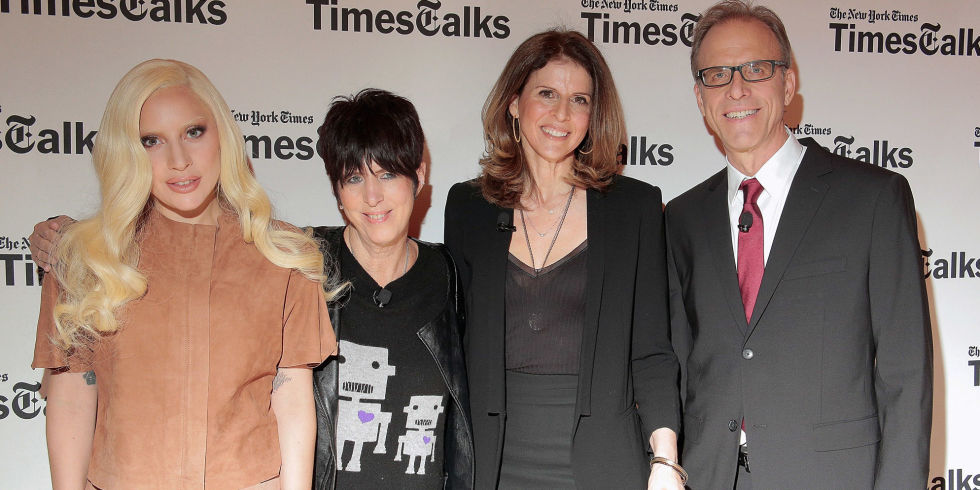 Last night’s TimesTalks hosted Lady Gaga and Diane Warren, co-writers of the emotional song “Til It Happens To You,” which was featured in The Hunting Ground, a documentary exposing sexual assaults on campuses across the country—along with the institutions that help to cover them up. The emotional hour-long conversation aimed to shift the conversation about rape and sexual assault—in hopes that victims don’t have to be shamed and can get the support that they need. Gaga and Warren both opened up about their own personal sexual assault stories and how that inspired their co-written ballad used to promote the documentary.

“I didn’t tell anyone for seven years, I didn’t know how to accept it. I didn’t know how not to blame myself, or think it was my fault. It was something that really changed my life. It changed who I was completely. It changed my body,” Gaga revealed, reflecting on her rape, “There was some sort of religious guilt I felt…Because of the way I dress and that I’m provocative as a person, I thought I brought it upon myself and that it was my fault.”

Gaga’s personal story brought up the conversation that women are often blamed for their rape with some of the most common questions being asked, “Well, what were you wearing?” or “Are you sure this really happened?”—something that many women are publicly shamed by when sharing their stories instead of  “Are you okay?”

The singer revealed that at first, she didn’t even want to do the song for The Hunting Ground out of fear that she would distract from the major issue at stake along with the fact that, “Half the stuff I put into the world people don’t even take it the right way anyway,” she joked.

Oscar-nominated songwriter Diane Warren also opened up about her own sexual assault experience that took place when she was just 12 years old by a friends’ father—something she bravely revealed for the first time in front of a crowd last night.

Watch the full TimesTalk with The Hunting Ground team below: