The Bones and All stars have been worn some gorgeous looks this festival season. 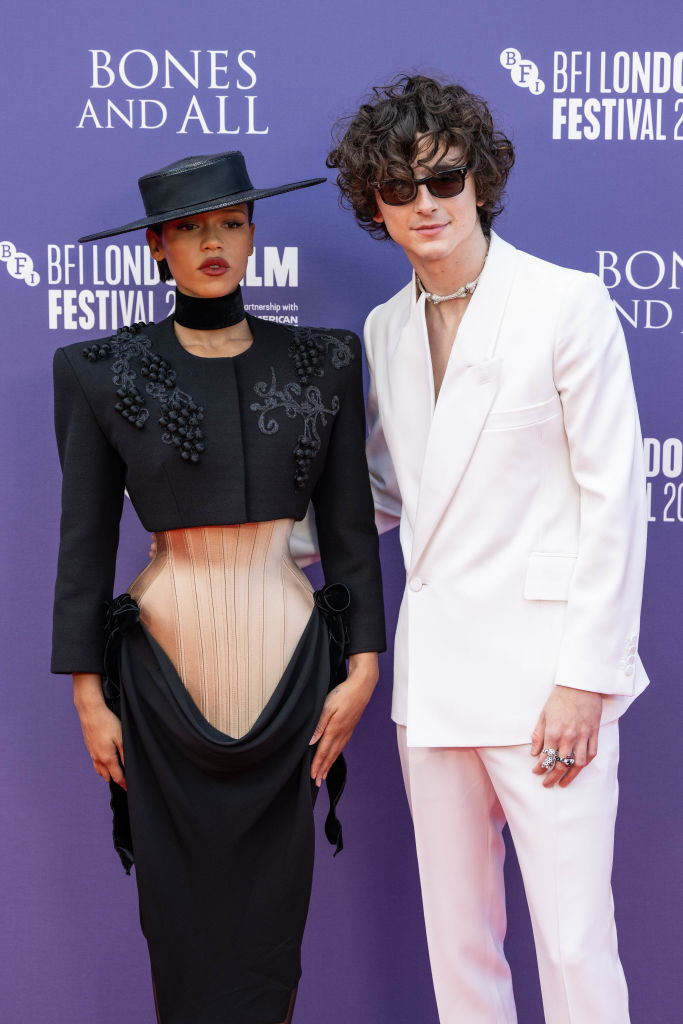 Co-stars Timothée Chalamet and Taylor Russell have given a masterclass in red-carpet dressing.

The young stars are the leads of Luca Guadagnino’s forthcoming film Bones and All, and they’ve been promoting the film across the film festival circuit this summer and fall. As a red carpet duo, their styling has been impeccable, with their looks making their own statements while also working perfectly together.

For the film’s screening at the BFI London Film Festival last night, the stars stood out in neutral, structural. Taylor Russell wore an elegant, gothic gown by Schiaparelli, featuring a black bodice with padded shoulders and floral embroidery and a midi-length skirt, with a pale-pink corset cinched at the waist and black bow decorations at the hips.

She finished the look with a pair of black, ankle-strap heels, sheer tights, a wide-brimmed hat, and a thick black choker necklace. 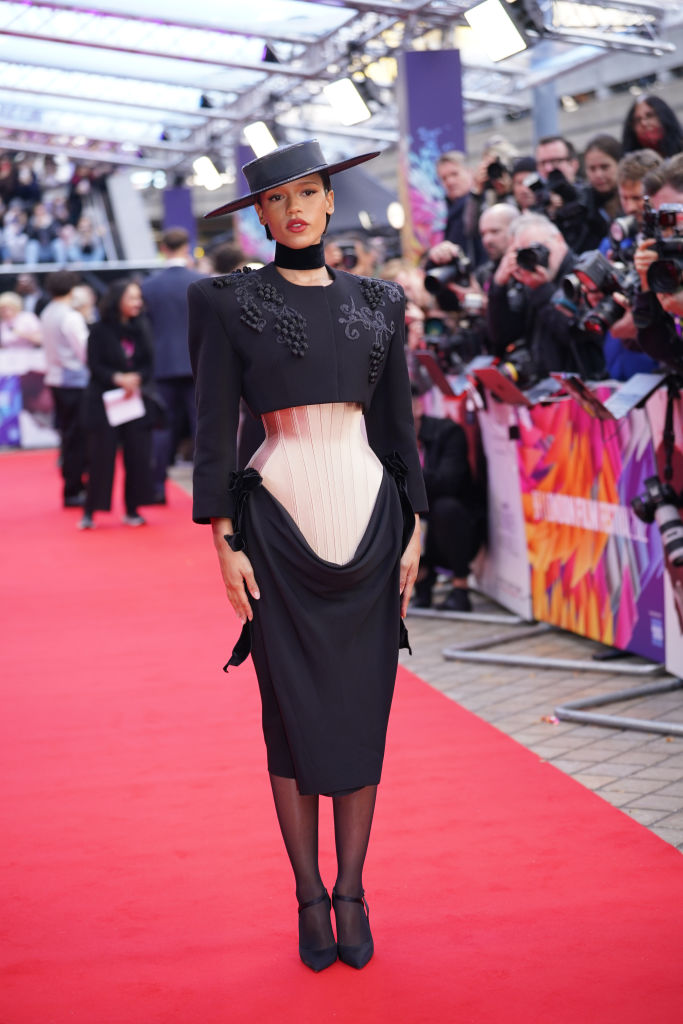 Meanwhile, Chalamet looked pristine in a white suit from Alexander McQueen’s latest menswear collection, comprised of a blazer with asymmetrical lapels and pleated trousers. He paired the suit with white combat boots and a diamond choker by Vivienne Westwood. 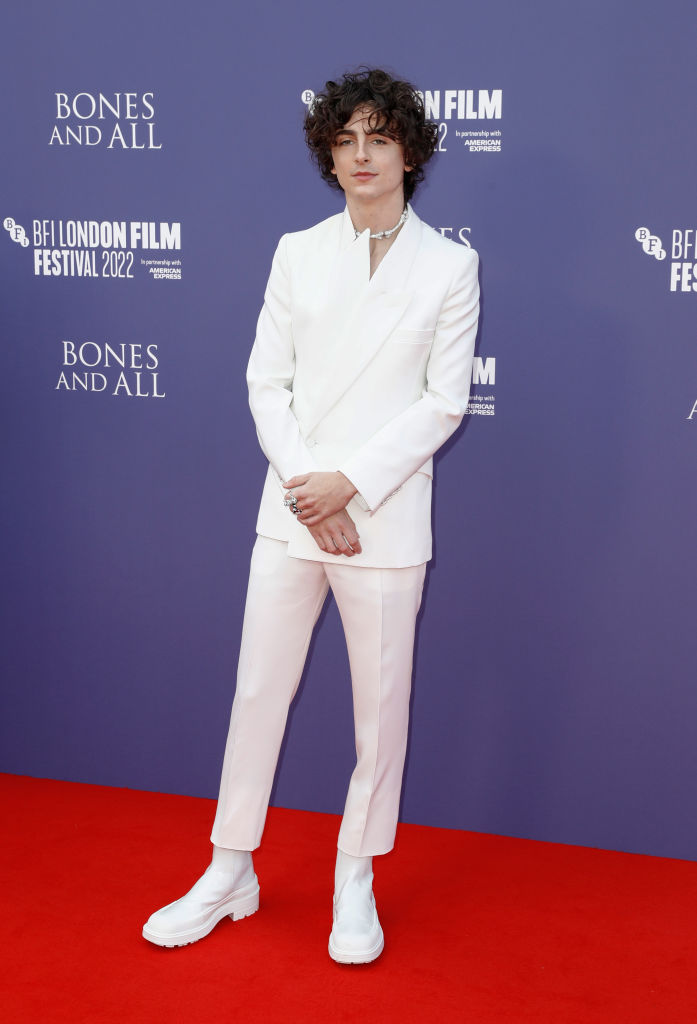 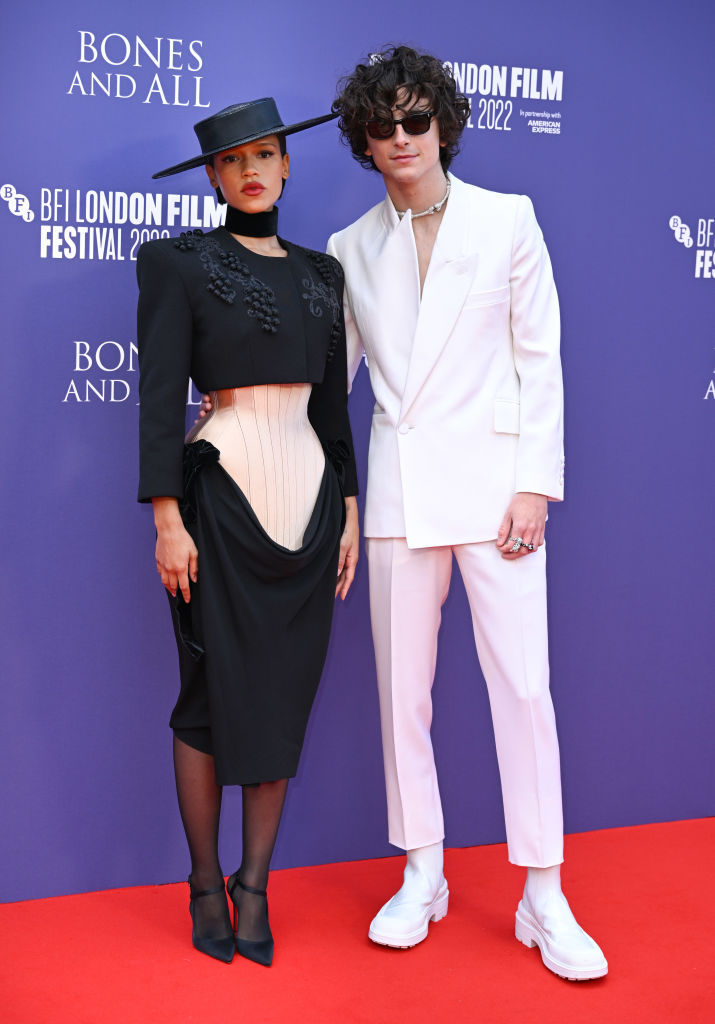 Earlier this year at the Venice Film Festival, the pair went with more colorful looks. The Canadian actress wore a green couture gown by Balenciaga, which was comprised of a strapless minidress with an added full-length front panel and large decorative bow. Her accessories included with white opera gloves, opaque black tights, and black heels.

The Call Me By Your Name actor chose an eye-catching custom Haider Ackermann suit, which included a backless, halter-style vest, skinny trousers, and a loosely-tied scarf, all in a shiny crimson red. The star forewent jewelry, finishing the look with a pair of black ankle boots. 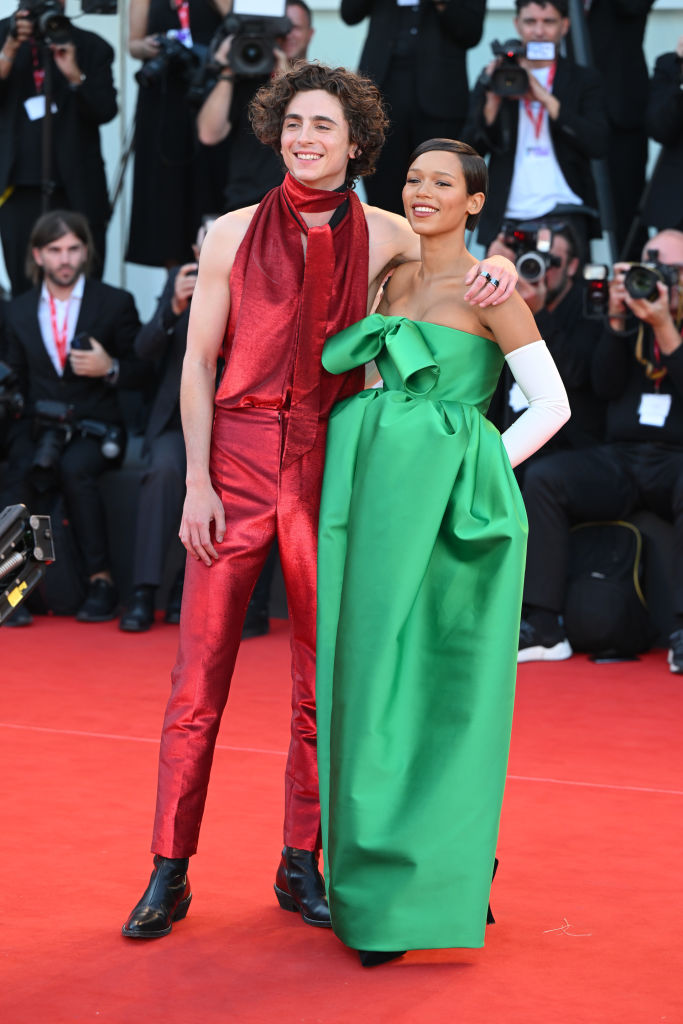 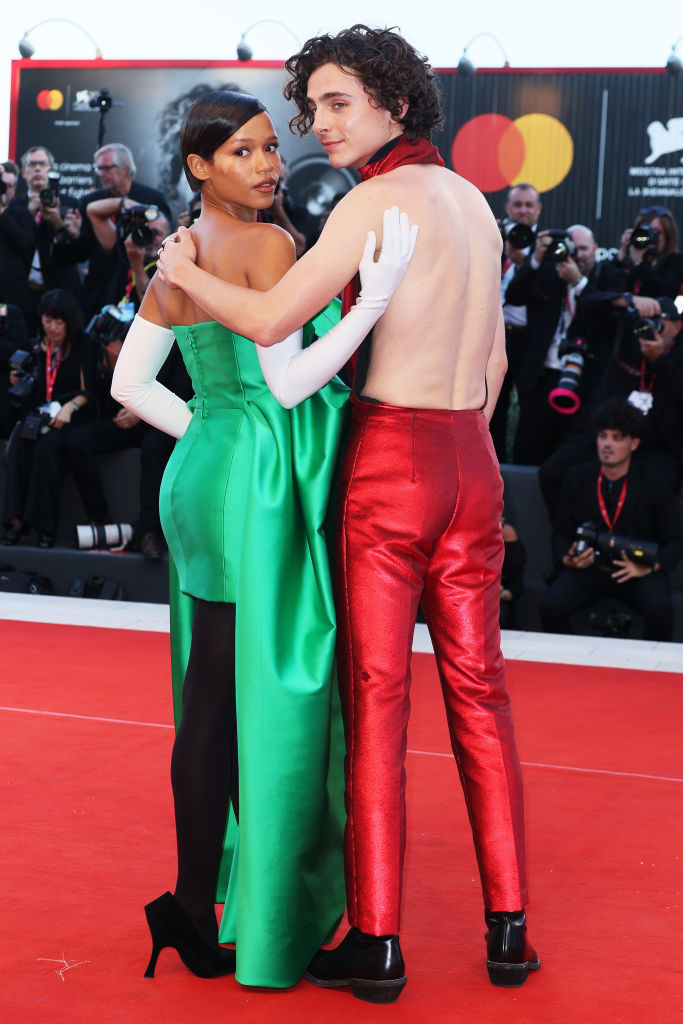