This iconic duo receive awards for Outstanding Performance in a Drama Series. 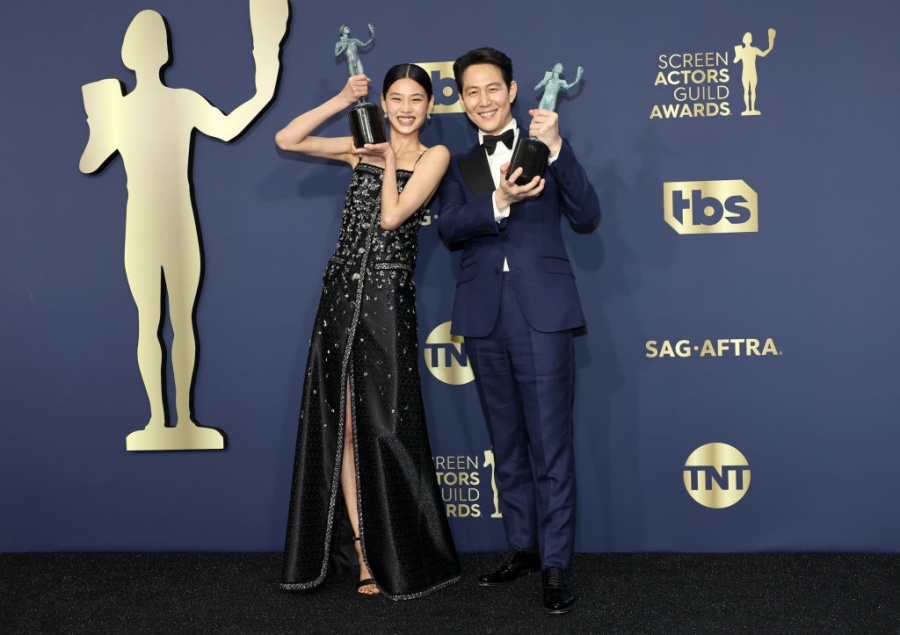 Lee Jung Jae, a South Korean actor, has earned his first SAG Award for Outstanding Performance by a Male Actor in a Drama Series. It was a remarkable achievement for the 49-year-old, who was nominated alongside with Brian Cox, Kieran Culkin, and Jeremy Strong of ‘Succession,’ as well as Billy Crudup of ‘The Morning Show.’ Jung Ho-yeon earned an award for Outstanding Performance by a Female Actor in a drama for her role as Sae-byeok in Netflix’s global hit “Squid Game”.  Jennifer Aniston of “The Morning Show,” Elisabeth Moss of “The Handmaid’s Tale,” Sarah Snook of “Succession,” and Reese Witherspoon of “The Morning Show” were all nominated in the category.

Squid Game has become one of the most popular Netflix series all the time with rumours of a second season in the works and let’s just say we are excited!