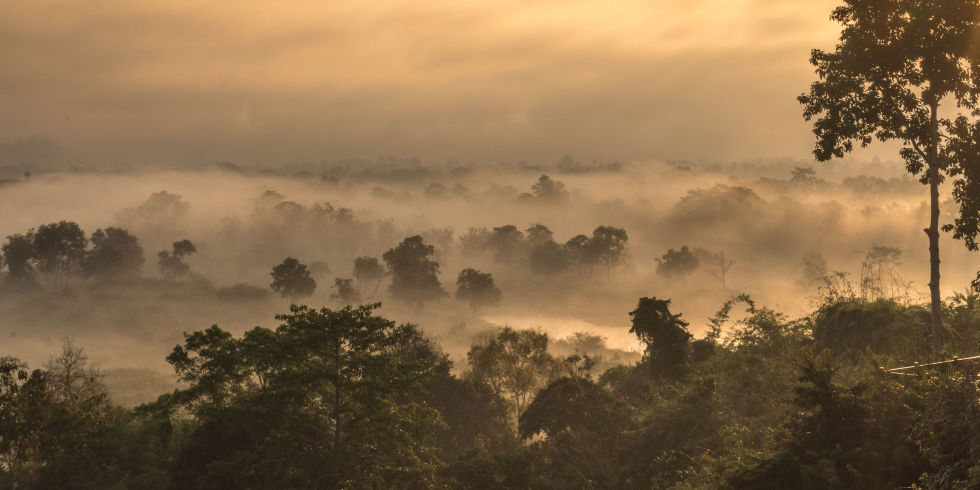 Calling all yoga bunnies: I’ve tried everything from ashtanga to tantra. I’ve done postures on Nicaraguan beaches, atop a Moroccan riad, in an Indian ashram and sailing down the Dalmatian Coast. But now, I’ve found something completely different. A first. Welcome to yoga on an elephant.

It takes place in Thailand, at the Anantara Golden Triangle Elephant Camp & Resort in Chiang Rai. It is a place where Myanmar, Thailand and Laos meet; where opium production was once prolific; where there are fluorescent-green rice-paddy fields, mist-shrouded mountains and hill-tribe villages; and where the Ruak and mighty Mekong rivers converge.

But yoga on an elephant? Isn’t the idea nearly as preposterous as climbing a giraffe’s neck or doing the tango with a tarantula?

My introduction to our four-tonne friends starts with learning a few rules: from ‘Touch your elephant a lot, but never hug his trunk‘ to ‘Never walk under an elephant‘s belly without your mahout‘s permission‘. I also master some elephant commands. To get the beast to sit down? Say ‘Map lung‘, accompanied by a tap on the back. I give the elephants thousands of pumpkin seeds, hoovered up their trunks (the mahouts at the Anantara camp are being encouraged to direct their charges with food bribes instead of bullhooks).

Before our yoga practice, I‘m taken on a three-kilometre walk with a vet, two mahouts and two untethered elephants. The animals get three free-roaming walks a day. Suki (22 months, 900lbs) and her mother Boonjan (8,000lbs) wander up the dirt path, stopping often to eat bamboo and sugar cane. The light filters magically through the jungle foliage and we get a view of three countries: Thailand, Myanmar and Laos. I speed up a hill. “Don‘t rush,“ counsels the vet. “Suki wants to play with you and he‘ll run too.”

I don special mahout’s trousers – a denim version of harem pants – and then hop atop 50-year-old Ewong as he kneels down. My instructor, Amy, scampers aboard her elephant friend, Boonsri. Then we set off, sitting on their necks, without saddles.

We venture into the jungle, past a mahout village with three baby elephants. The resort is set in 160 acres of bamboo forest, rice paddies and indigenous gardens. Ewong seems to be kindly pressing his ears back to help me balance and keep my knees in place. (I can see how Mark Shand bought an elephant named Tara, trekked with her across northern India and fell in love with her.) 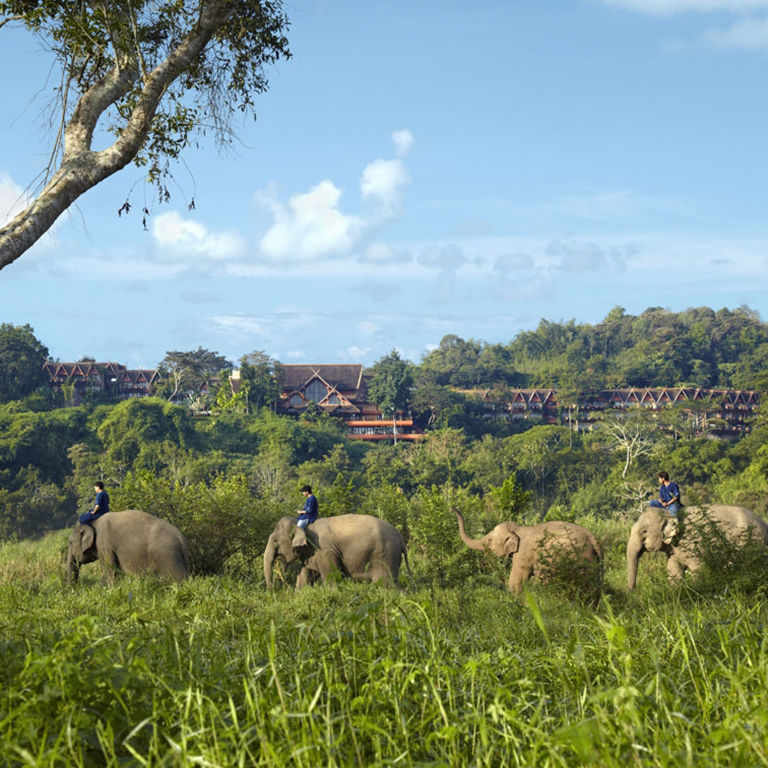 After 15 minutes, we stop near a rice paddy to do some yoga. Amy takes up her meditation posture, clambering onto her elephant’s head to sit in a Lotus position. I follow suit and gingerly sit cross-legged on Ewong’s prickly hairs. “Concentrate on your breathing,” instructs Amy. I focus instead on not falling off. I’m about 10 feet from terra firma.

Next we do Plank, Cobra and Downward Dog atop the gentle giants –which all induce vertigo as I look down the hilly elephantine cliffs. My legs are trembling so much that my Plank is more of a Jelly. I have gripped Ewong’s neck so tenaciously with my thighs that my legs are shaking.

The other difficulty about doing yoga aboard a large mammal is that the mat isn’t flat (imagine hatha on a hillock). Additionally, this mat is warm; not the heat of Bikram, which has me glugging a litre of water between poses, but heated-massage-bed warm. It is also liable to move, especially at the faintest whiff of a banana leaf (imagine a magic carpet).

There are a number of poses that an accomplished elephant yogi can achieve atop a descendant of Dumbo. These include Cat, Cow, Lotus and Child’s Pose. The practice is said to be great for core strength as it works different muscles to regular yoga.

There’s also a greater emphasis on balance of body and mind. “Concentrating on your breathing enhances your practice and helps with balance,” says Amy. “Breathing in sync with the elephant allows a calmer session and increases your connection with the animal.” The adept elephant yogi will adjust her breath to that of the elephant (six to 12 times a minute). 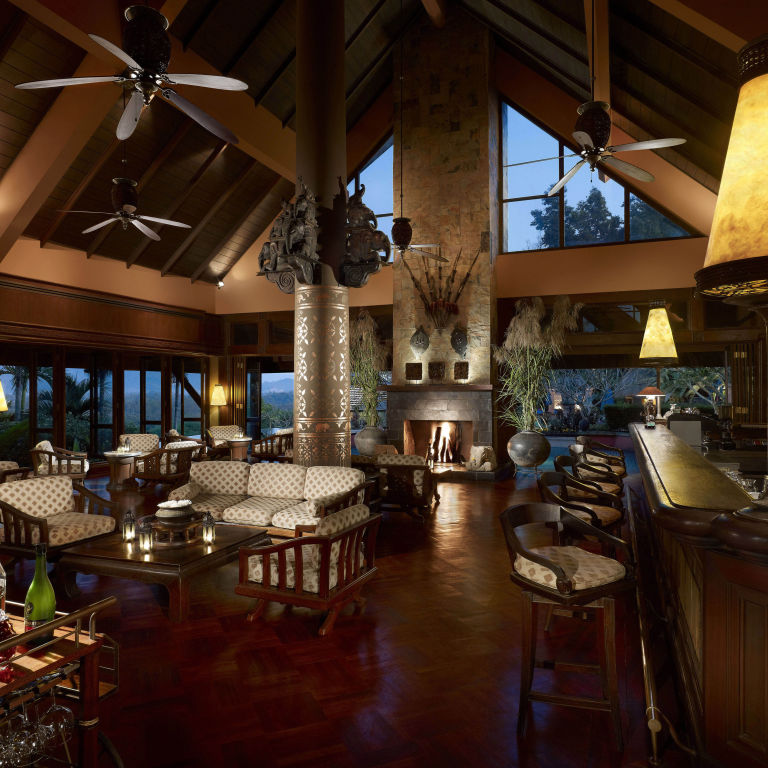 After a few poses, we dismount to do more postures on solid ground. With my head upside down, I look through my legs and see Ewong cheerily devouring a tree. As I do a meditative Warrior pose, he’s noisily thrashing a mound of grass against his leg to turn it into a neat mouthful.

Yoga is a physical, mental and spiritual discipline. In Western practices, it is often used just for physical exercise. But in the East, it always has a spiritual and meditative core. The ultimate goal of yoga is ‘moksha’ (liberation). I’m not sure that elephant yoga meets such a lofty ideal. I don’t finish my session supple in mind and body having improved my asana flow. But do I feel emotionally connected with my patient mount? Definitely. And nobody can deny that it’s a moving experience. 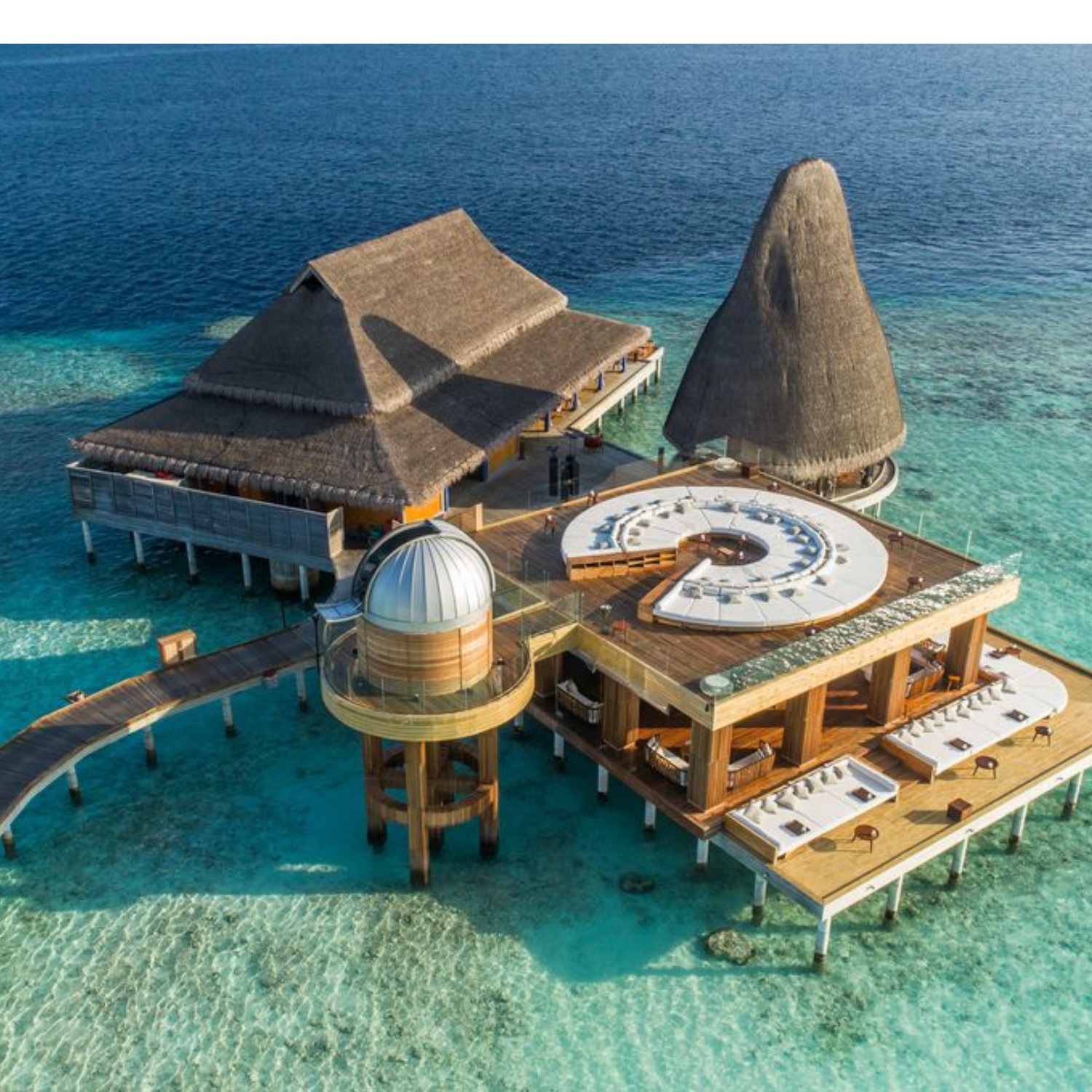 Anantara Kihavah is Crowned The Most Instagrammable Hotel in The World 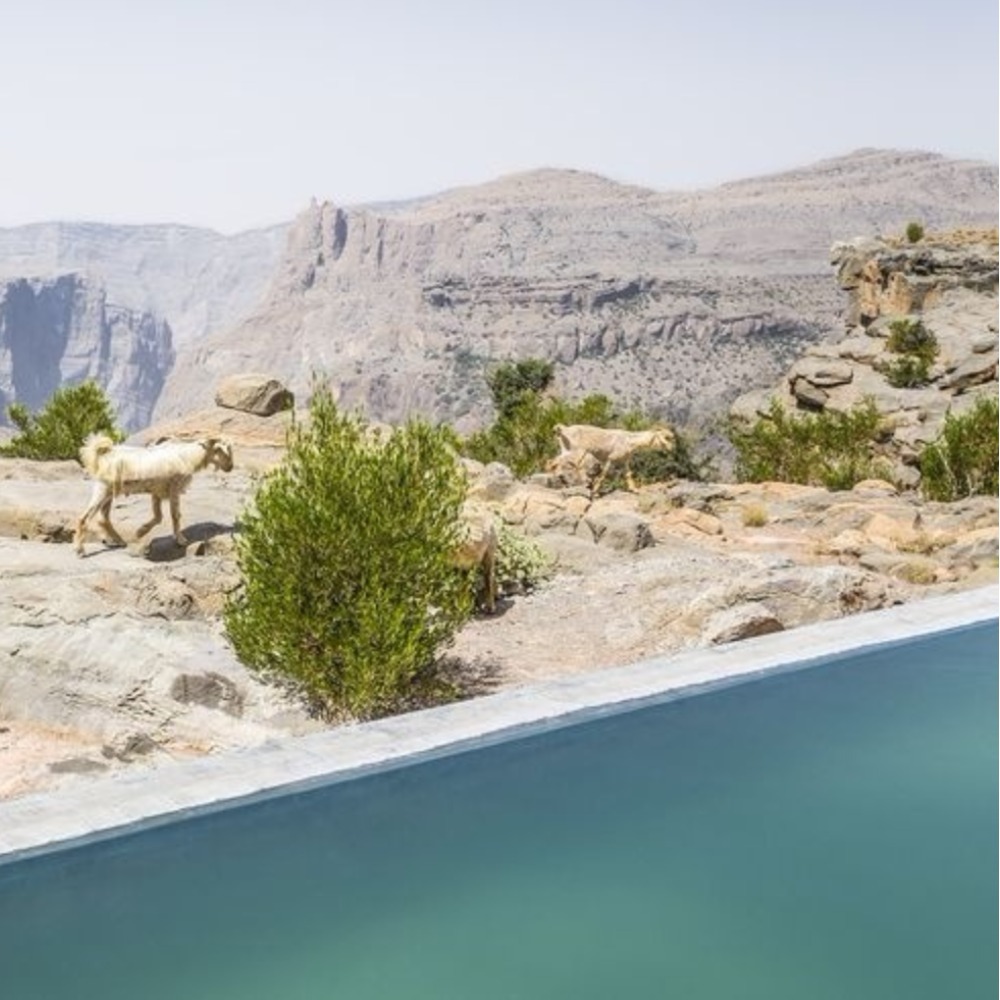