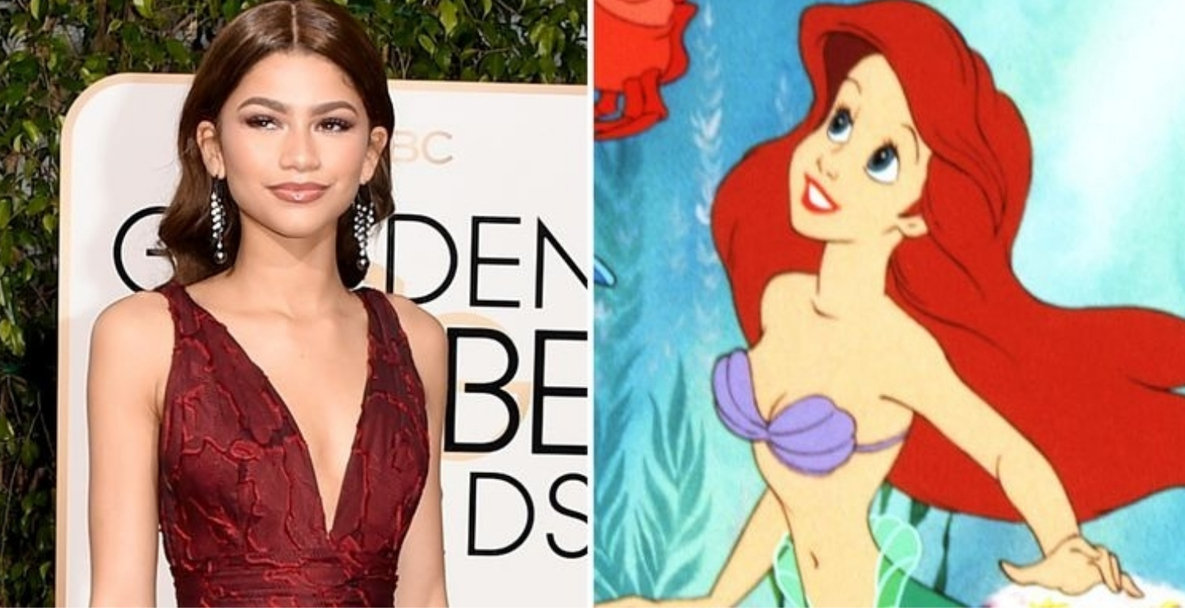 People /
Celebrity Watch
You should take this casting rumor with a whole handful of salt, but STILL.
By Emma Dibdin

Here’s an exciting new update on the Little Mermaid live-action movie that we’ve been waiting all our lives for: Zendaya is rumored to have been offered the lead role of Ariel.

Emphasis on rumored—i.e. you should take this with a whole handful of salt—but still, if this ends up being true, it’s just one more reason to be desperate for Disney’s remake to finally come out already. Per That Hashtag Show, “a source close to” Disney let slip that the offer has been made to Zendaya. Both Disney and Zendaya’s reps declined to comment to the outlet.

The original article notes that if Zendaya is indeed cast, then the role of Ariel’s father King Triton—along with her sisters—would likely also be played by an actor of color, which would make this a much more inclusive retelling of the 1989 animated classic. The casting also makes a ton of sense, given Zendaya’s history on the Disney Channel and her recent blockbuster credits like The Greatest Showman and Spider-Man: Homecoming.

Small photo shoot in front of a window

Lin-Manuel Miranda is working with legendary Disney composer Alan Menken on the movie, which will be directed by Rob Marshall. A release date has yet to be confirmed, but the good news is that this is just one of a slew of live-action remakesDisney has in the pipeline, so the wait won’t be too painful. Those coming up in 2019 alone include Tim Burton’s Dumbo, Guy Ritchie’s Aladdin and Jon Favreau’s The Lion King.

Celebrity Watch
Everyone else can go home now.

Celebrity Watch
The Duchess of Cambridge received some important recognition on her wedding anniversary.

Beauty Buzz
Watch the A-list make-up artist master 2019’s biggest beauty trend, so you can too.