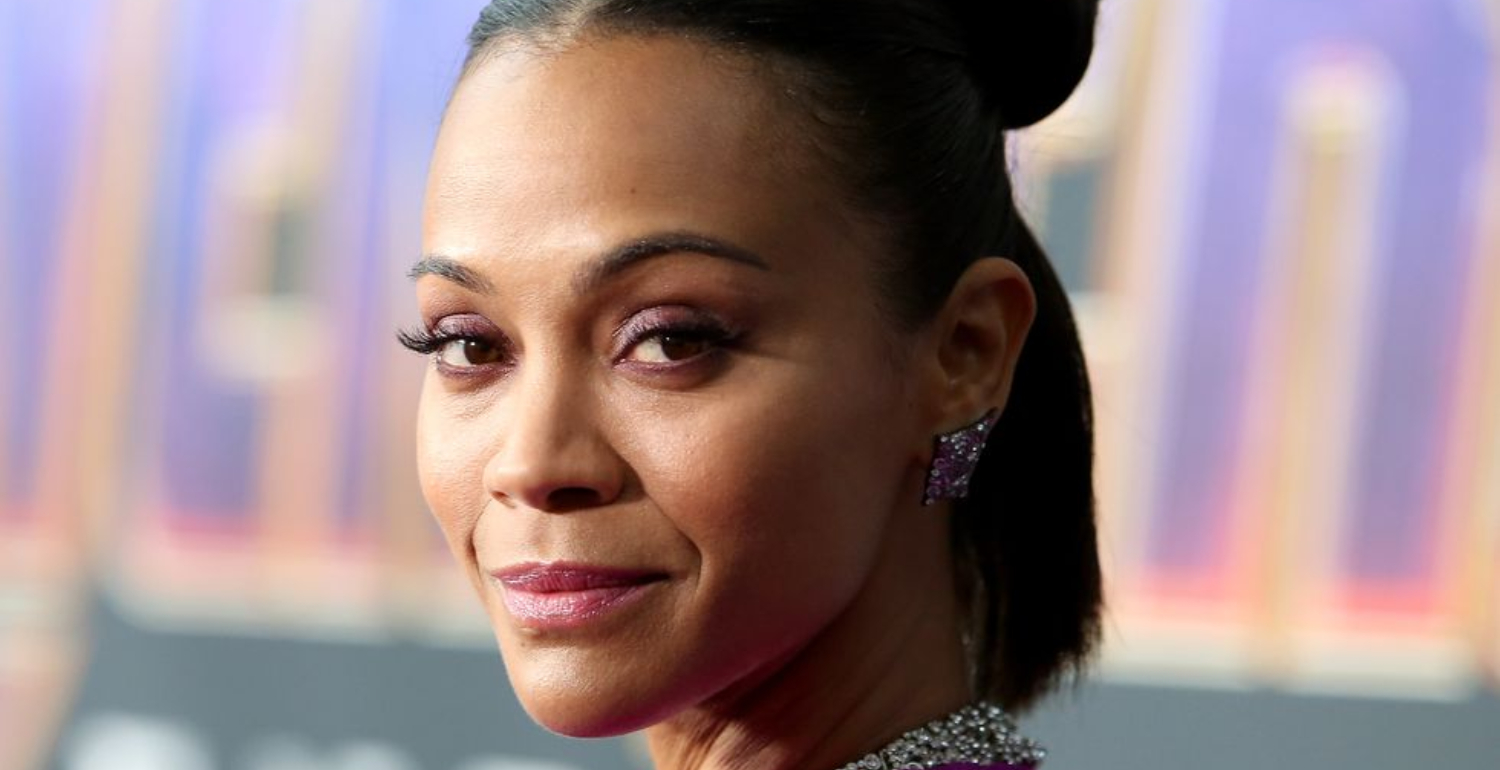 People /
Celebrity Watch
The Avengers actress talks being an entrepreneur, the ‘guilt’ of being a working mother and her hopes for more representation...
By Olivia Blair 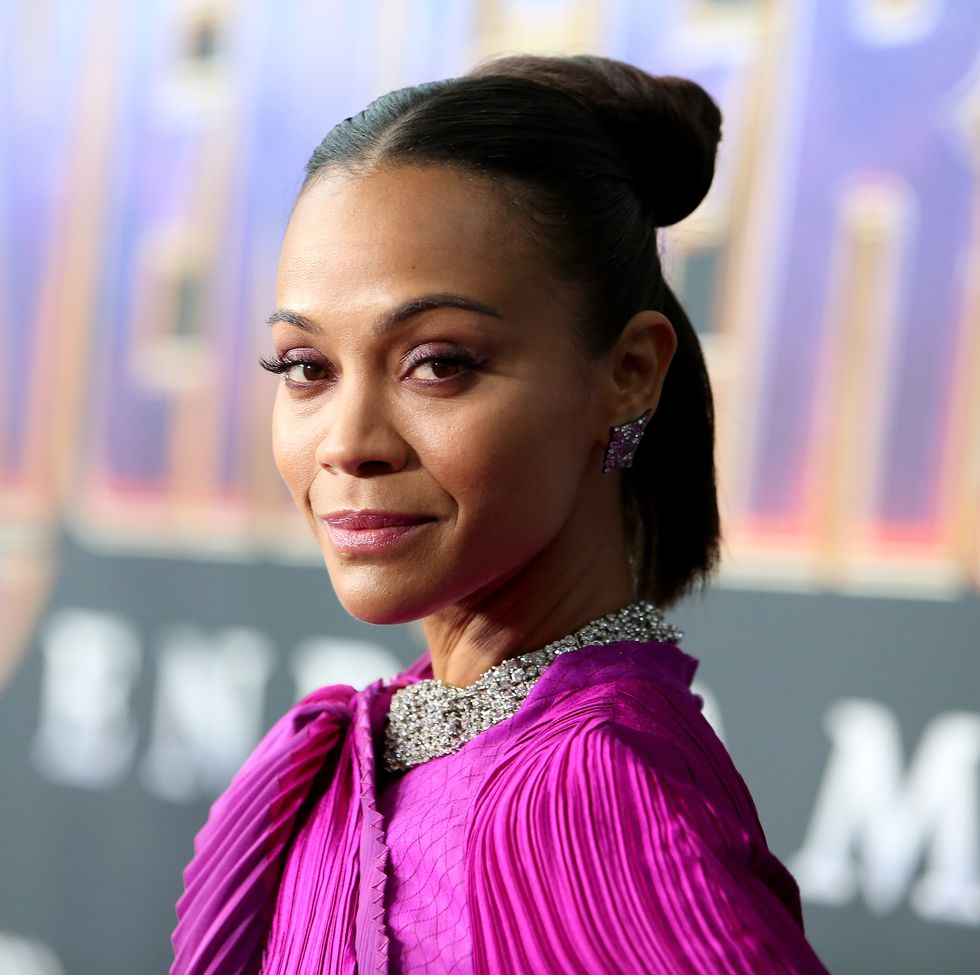 Zoe Saldana might be most recognisable for starring in some of the biggest blockbuster films of this generation (Avatar, Avengers, Star Trek to name a few), some might be surprised – and slightly in awe – to learn she’s also a business owner, philanthropist, activist, mother of three and trained dancer.

Two years ago, Saldana launched the digital media platform BESE, which she founded to combat the lack of diversity in the mainstream media, with a focus on catering to and promoting positive stories about the Latino community.

Saldana, who serves as CEO and editor-in-chief of the publication and hails from a Latino background herself (her father was Dominican and her mother is Puerto Rican), said at the time that although Latinos are a growing community in the US “Latino stories have remained historically marginalised” which she was looking to change on BESE.

“I was finally coming to terms with my American experience and wanting to contribute some kind of change so that my sons won’t have the same, but a better, American experience,” she tells us. “I grew up in the eighties and nineties where representation for Americans that looked like with me was non-existent; not in my history books, schools, museums, music, movies.

“We can feel very isolated and excluded from the American narrative so it was very hard for me to cultivate aspirations and believe I could achieve anything I wanted to. Right now, 40% America is multicultural yet the content that America, American media companies and brands build on a daily basis for the public is not representative of its people. So, it’s on us – as Americans – to create the content for ourselves and community.”

This team ❤️
Congrats @beseofficial –
It’s been one year since we launched, and we wouldn’t have made it here today without all of your hard work, determination, talent, passion, and love.
Thank you…each one of you. pic.twitter.com/HWz1AN6j4Y

It’s because of her role as an entrepreneur that Saldana is speaking to Harper’s Bazaar as she takes on the role of a judge for social startup competition Chivas Venture. The prize is a share of an available $1m fund to businesses with a social message and consequently a positive impact on the world.

“I’m also trying to scale a business with a purpose,” she says of her decision to be a judge for the contest. “I do believe that is the future: younger generations of entrepreneurs will be building businesses with a consciousness more and more. I think it’s what we need as a human race.” 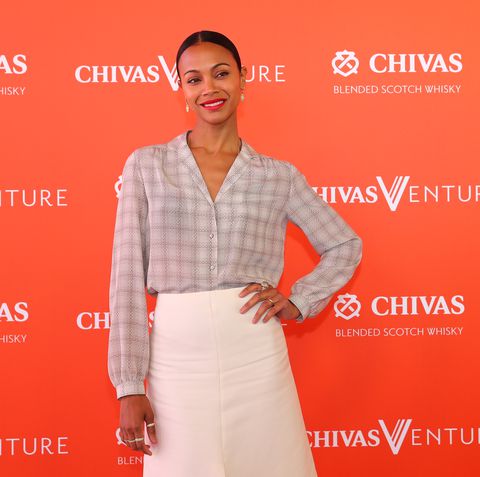 The biggest blockade Saldana has found when it comes to starting a business like BESE is the amount of people in positions of leadership, be it board members or investors, who still belong to that “old American establishment”. Though instead of judging them for it, she attributes their outdated attitudes to a historical lack of representation.

“There’s a lot of growing they need to do because they were never given the tools to understand something outside of themselves,” she says. “I’m not making content for people of colour, I’m making content for all Americans. I need white American people and from all over the world to gain interest in things they can find relatable even though it doesn’t look like them or come from where they do. I need that support and I don’t want to give up.

“I have so many friends that are marvellous people who have that grandmother or mother who is ignorant, for example, but I’m not going to be hard on them for it or judge their families for it as they weren’t given the tools. If I’m building these tools for myself and my Americans, I’m going to share them with everybody so they change and grow as well.”

The comment is indicative of Saldana’s approach in general when it comes to righting the wrongs she’s witnessed in her life and society. Although she’s incredibly vocal on social media about a variety of issues, be it the rights of LGBTQ students or sharing her recent trip to the Mexican border to speak with refugees and asylum speakers affected by President Trump’s hardline approach to immigration, she doesn’t get angry. 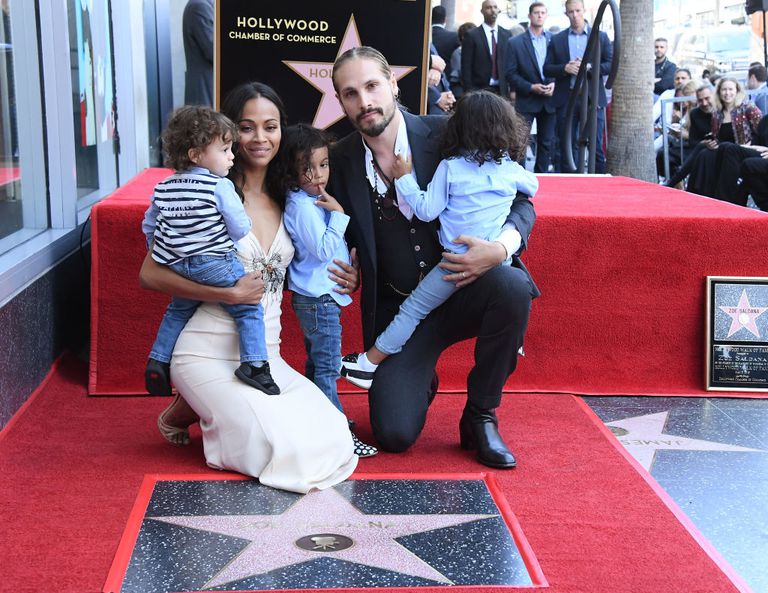 “I didn’t start a family because I was a hopeless individual,” she says. “Hope is what keeps us curious, on our toes and building things instead of destroying, sulking and being angry. I built BESE not with any desire to hold communities or people in America accountable. I don’t want to focus on that anymore, I don’t want to be angry. I have kids and I don’t want them to feel anger in my heart.

Saldana says this isn’t a new approach; she’s never been angry and thinks when people are it often stems from frustrations of being unable to fix or rectify a system or policy they know is broken. 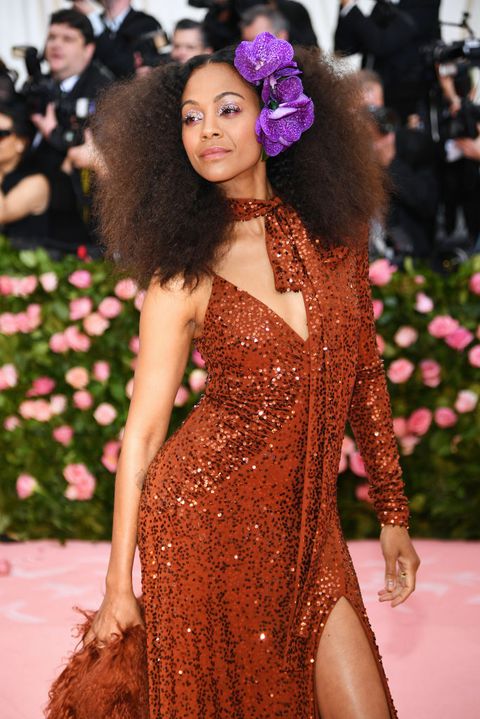 “The question is are you trying to fix or just shed light on it?” the actor asks. “I made a choice. I don’t want to sit and complain about outstanding issues that go year by year unresolved. I want to fix it and I’m going to fix it in this way. I may not be making a big, big impact but I’m making an impact nonetheless. I have to make peace with that, take pride in it and continue doing it. That’s what brings me growth. I want my nation to grow and become more flexible and elastic. I want the American narrative to broaden, I’m not looking to change it I’m looking to grow it.”

Attempting to grow the American narrative is no small feat, let alone combined with raising a family, starring in the most anticipated films in recent years and a jam-packed schedule (we speak just two days after Saldana graced the pink carpet at the Met Gala in Michael Kors). So, how does she do it all? Saldana says it all starts with management.

“It’s something I’m actively pursuing on a daily basis: Managing my time, expectations that sometimes I won’t be able to be fully present in all places and also other people’s expectations of me. I’m only human and I have three little humans I’m raising with an amazing partner.

“It’s also about managing my guilt. As a working mother, there’s a lot of guilt that comes with leaving your kids. I’m not superhuman in real life, even though I play characters that way, so I want other people, those who are living similar lives or making similar choices to me, to find solace in the fact that you’re not going to get it right every day but just try. That’s all you can do.”

Beauty Buzz
A beginners guide to combining scents for the indecisive fragrance fiends.