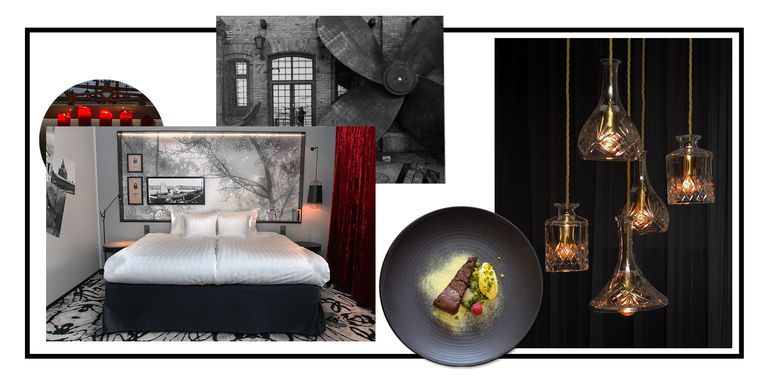 Travel /
Hotel Reviews
Escape the ordinary and experience some Nordic luxury by staying in a former Helsinkian prison.
By Alison Taylor

There are two schools of thought when it comes to choosing a hotel for a holiday or weekend trip. The first is that you simply find a bolthole to lay your head because “you won’t spend much time there anyway”. The second, and our preferred approach, is that your hotel is an integral part of your stay – it’s a way to experience the city simply by staying there. It is the experience. Why? Some hotels are woven into the fabric of a city; they have stories to tell, whether that be down to their location, architecture or history. 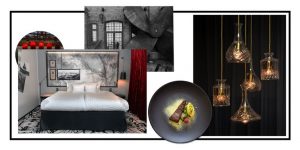 This is certainly true of Marriott’s Tribute Portfolio TM, designed for travellers seeking fresh travel experiences. Here is a family of independent boutique hotels bound by their indie spirit and knack for connecting people and places. These spellbinding hotels foster a sense of community both inside and out – think striking design, bold use of colour and noteworthy art installations – all aimed at giving you a stay you’ll want to talk about.

It doesn’t get much more ‘experiential’ than staying in a former prison. Hotel Katajanokka, Helsinki, a Tribute Portfolio Hotel, is famous in Finland. Every Helsinkian knows the beautiful art deco building and the stories contained within its sturdy walls. Originally opened as the Helsinki County Prison, the main building of the hotel dates back to 1888. 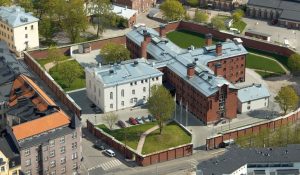 The obvious question, though, is why would you want to stay in a former prison? “The house is full of history and great stories, but not overwhelmed by a prison theme,” says Taru Ojaharju-Latief, the hotel’s director of sales and marketing. “It’s more about the beautiful art deco building and artefacts, which honours the prison’s long and colourful history.”

When you enter the striking red brick building (surrounded by a high perimeter wall), the sign reads ‘Escape the Ordinary’, which feels apt. There’s no mistaking the prison-style architecture – think long, straight corridors stacked on top of each other like shelves and overlooking a central atrium (now a lounge space) with cast iron balcony railings and stairs. You can’t help but wonder who has wandered the corridors before you and peered over those railings in the hotel’s past life.

We do know of one legendary guest: Jan Jalutsi, the country’s most infamous bank robber, escape artist and habitual criminal of his era. His claim to fame was his unrivalled ability to escape from nearly every lock-up he ever visited. Now a reformed character and published author, with a writing degree and six foreign languages under his belt, he organises guided tours at the hotel. Not something you get to do everyday as a hotel guest, is it?

“Guests can also visit our original isolation cells and have a hosted dinner in one of them (with their own guard) before taking part in a prison escape game,” says Ojaharju-Latief. More subtle prison touches include “tin plates and tin cups at dinner, weddings at the old prison church (Helsinki’s second oldest church), and a photo exhibition showcasing the old prison times that is for free for guests, created by photographer Sakari Kiuru.” 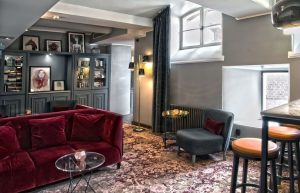 Another perk of staying in a former prison – thick walls! The metre-thick brick walls make the rooms beautifully quiet, guaranteeing a great night’s sleep. The tall ceilings add to the spacious feel while the triple-glazed windows keep the hustle and bustle of the city outside. All the room rates include a gorgeous Scandinavian buffet breakfast of cold cuts, fruits, cheeses and yoghurt along with free use of the 24-hour ‘prison’ gym and a complimentary weekend sauna – a must-do when in Scandinavia.

To finish, here’s our favourite story about the hotel’s colourful past, as told by Ojaharju-Latief. “While turning the prison into a hotel, we found a tunnel. One would think that the tunnel would go out from the prison, but no. It went from the men’s group cell to the women’s, so we named it the Tunnel of Love. People are usually very surprised when they arrive at the hotel and feel how warm, romantic and special an old prison can feel.”

Fashion News
“This was a moment to look to the future, as well as honouring the past.”

Celebrity Watch
She announced the initiative after these communities were affected by mass shootings.
Type keyword(s) and press Enter
WordPress Lightbox Plugin