What’s Happening at The FIFA World Cup 2022 In Qatar? 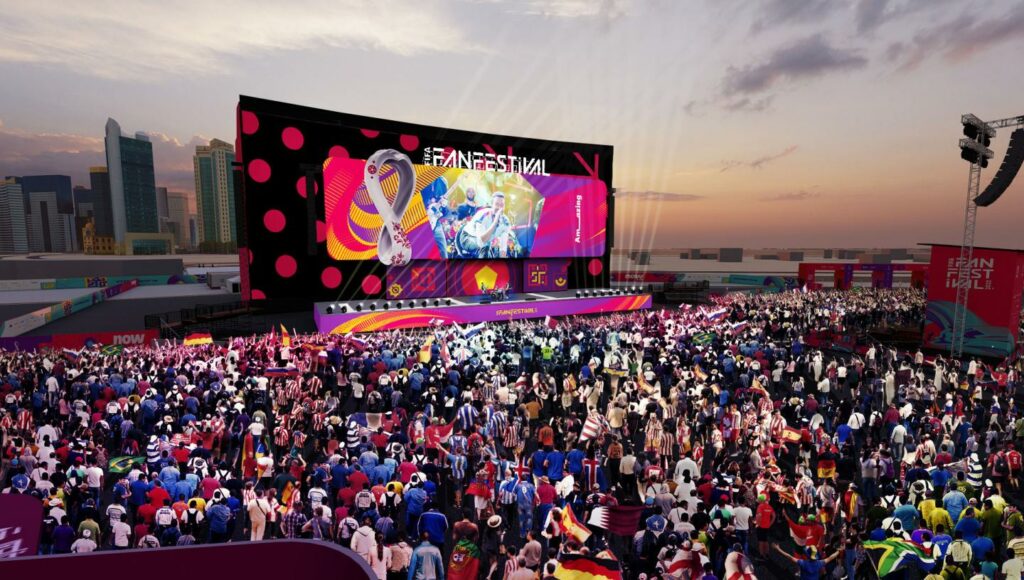 Qatar Airways and Qatar Tourism have revealed some thrilling world-class entertainment projects to thrill and excite football fans all over the globe. Qatar Live will host more than 100 international artists throughout the World Cup with daily concerts held at three different venues.

Qatar Airways Group Chief Executive, His Excellency Mr. Akbar Al Baker, said: “Today we see the breadth of what can be accomplished when aviation and tourism work together. We are very proud to announce a wide range of world-class live entertainment coming to Qatar to celebrate the most exciting tournament that will take place in the Middle East. We look forward to our locals and tourists alike having the best of the entertainment industry readily available for their enjoyment.”

Many more global artists are expected to be announced ahead of the tournament, while family friendly circus musical performances including The Enchanted Prince and Pinocchio will keep kids of all ages entertained. Major sponsor Coca Cola will be providing beverages to be enjoyed while attending various shows.

Nazli Berberoglu, General Manager for the FIFA World Cup 2022 at The Coca-Cola Company, said: “We are extremely happy to partner with Qatar Airways as a sponsor of Qatar Live. Coca-Cola has a long legacy with both sports and music as it allows us to connect with consumers through their shared passions. As a long-standing partner of FIFA, this was a great opportunity for us to celebrate the real magic and shared passion for both music and football through supporting unforgettable local experiences.”

As the Official Airline Partner for FIFA World Cup Qatar 2022, Qatar Airways sets the stage with a unique onboard cabin experience. Passengers will have much to look forward to when travelling with Qatar Airways during the football season, with a special range of FIFA World Cup themed products and activations such as football-inspired cabin including FIFA limited edition amenity kits, souvenir cushions, headphones, dining menus and football jersey-styled loungewear. Young traveller packs and plush toys have been especially curated for our younger fans.

Chief Executive Officer, FIFA World Cup Qatar 2022, Mr. Nasser Al Khater, said: “Qatar is ready to welcome the world and host a unique edition of the FIFA World Cup – the first to take place in the Middle East and Arab world. Fans can expect top-class international football and a vast array of entertainment options. The live acts announced today by Qatar Airways and Qatar Tourism are sure to excite fans from everywhere as they prepare to descend on our country for an unforgettable festival of football, fun and entertainment.”

This story originally appeared on The Peak Malaysia.