The Gucci Attache Is Our Latest Obsession 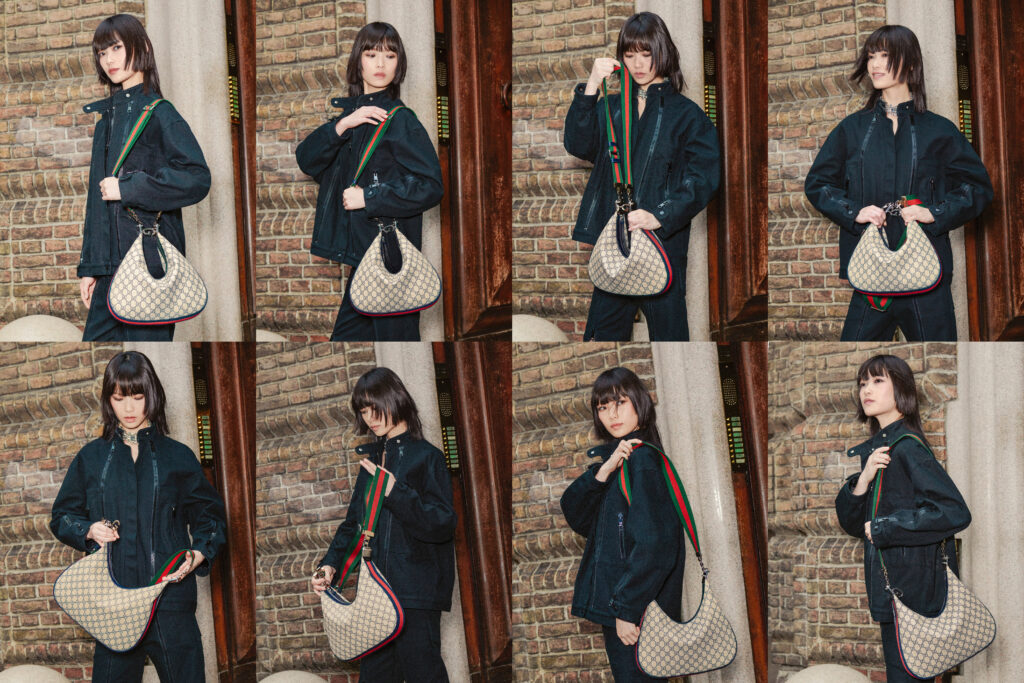 The boho bag that became a Gucci staple in the ’70s is experiencing a vintage revival. The Gucci Attache is poised to be the newest It bag seen on the arms of all the fashion darlings. The metamorphosis of the Attache presents a celebration of infinite creative imagination that will warrant the attention of both bag and fashion lovers alike.

This bag moves beyond the realm of fashion as Alessandro Michele, Creative Director of Gucci, revived it to reflect and foster a narrative and gesturality outside the confines of gender. Made for him and her, the Gucci Attache is an object of everyone’s desire now. 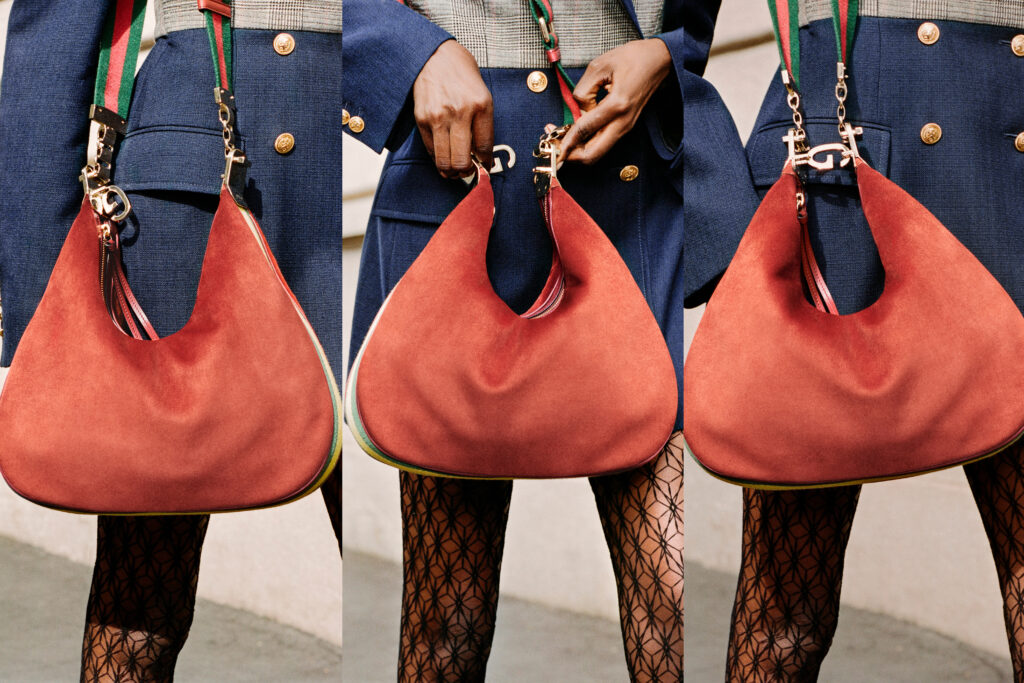 “I was fascinated by the bag after having laid upon it a casual and fleeting glance while I was in the archive. Immediately, a desire took shape to reinterpret it and include it in the Love Parade collection for the fashion show in Los Angeles because its silhouette, typical of the ’70s, projects a very modern attitude that convinced me to draw out an eclectic symbol that could express the idea of a dual function,” said Michele.

Named after the French word meaning “hook”, the bag has us hooked with its half-moon design decorated with a metallic hook that attaches the two corners and a metal G clasp that opens and closes the silhouette.

Despite its geometric design, the bag still holds versatility with its size option and the flexibility of wear – it can be worn either on the shoulder or crossbody. With interchangeable straps – leather and Gucci’s signature Web straps – the Attache bag adds the perfect silhouette to any outfit. 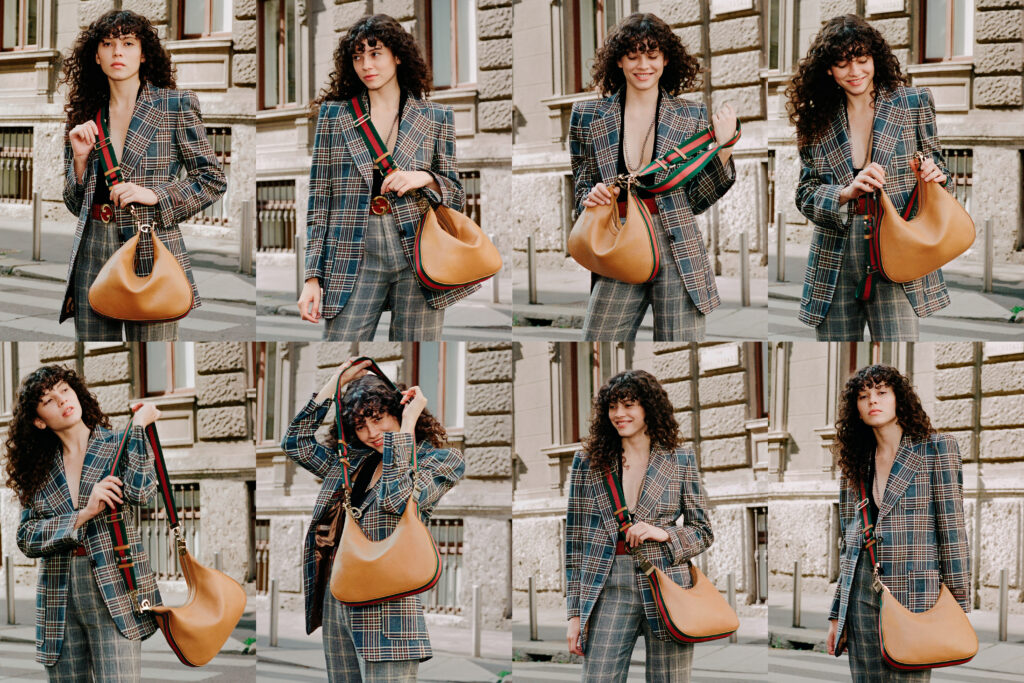 The Gucci Attache will help create fashion’s boldest looks, stirring up serious drama for the season. Our tip? Don’t wait to add it to your wish list.

The Gucci Attache is now available in stores and online.