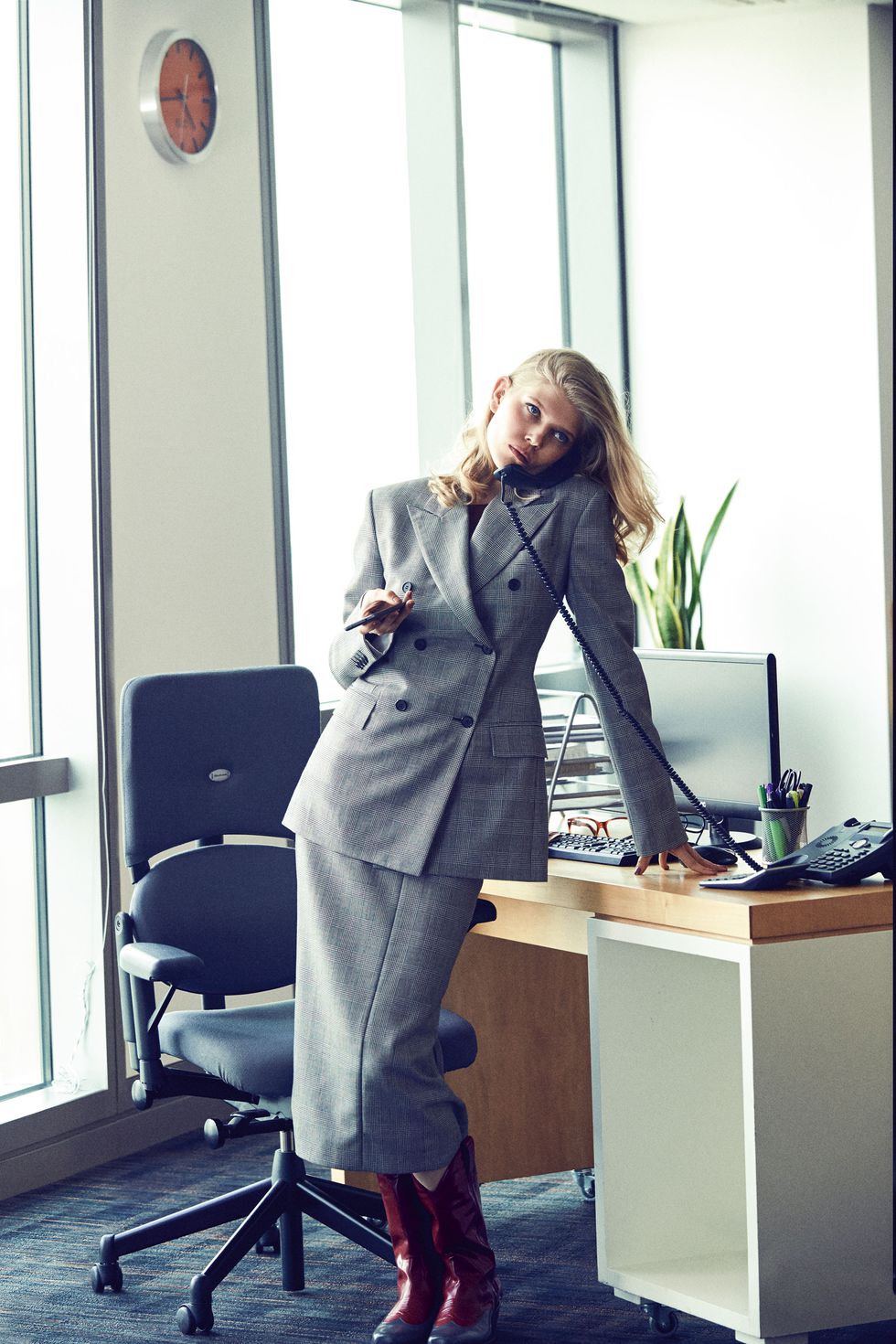 remember exactly what I was wearing – a green corduroy dress, ironically from Toast. As the unforeseen words rang in my ears, I looked down at the Thames, nine storeys below, and thought how grey it appeared, a leaden October tide meandering back out to sea.

Around me everything else seemed to slow down too. I sat there trying to digest the unintelligible message – ‘We’ve replaced you’ – while my brain kept asking: ‘Seriously?’ Then there was the escorted walk across The Sunday Times newsroom with the managing editor making soothing noises and talking about ‘commercial decisions’, and my assistant’s immediate offer of tea when she saw me, blank-faced and shocked, at my desk.

I’d been fired once before – back in 2002 from the Daily Mail, having given it nearly 10 years of my life. Then I’d wept furious tears standing outside Northcliffe House in Kensington, my misdemeanour having been to go part-time when I started a family. There was no lachrymose outburst this time. Losing both my parents within 10 days of each other and having one of my children diagnosed with a chronic illness had been more devastating. Even so, nothing had prepared me for the bleak months that lay ahead. Only now, three years on, can I begin to rationalise why the pain was so protracted – and even be grateful for having faced failure at that moment in my life.

I had always been a people-pleasing middle child, an ideas person and talent spotter who spent 30 years in a media industry that valued such skills. And I loved being a journalist. Whatever else was happening in my life, the drama, the deadlines, the wit of my colleagues, the rival newspapers that followed up my stories provided me with daily validation. It was never really about the money, although I’ve still got a letter from the Mail’s former editor Paul Dacre confirming my 19.57 per cent pay rise in 1999 – absurd by today’s standards. When I edited the News Review section of The Sunday Times, I once broke my arm, took a single day off, then shuffled back on the Circle line, dosed up with Tramadol. My FOMO was incalculable.

On that Tuesday afternoon in 2016, the music stopped. After I lost my job, my day would begin when I awoke at 4am consumed by dread that only a two-mile run could dispel. Being cast out into the real world where my emails went unread proved challenging to an ego fattened by two years of editing Style magazine – all those black chauffeured cars in Milan and Paris, VIP dinners and fashion shows. Then there were the ambulance-chasers who moved in, seeking their fix of schadenfreude. Mine included an ex-newspaper editor and a top PR, who, having got my sorry story, were never to be heard of again. In truth, as my colleague Sarah Sands, the Evening Standard’s former editor, wrote recently, “the waters swiftly close”. 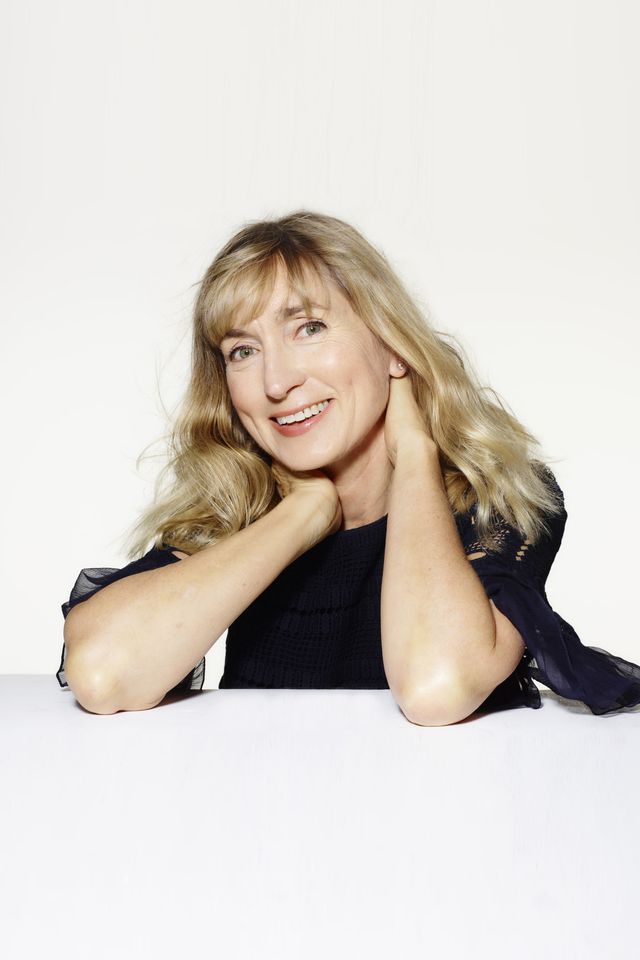 After six weeks I took my beaten pride off to the foothills of the Himalayas on my own to survey the media landscape from afar. Over 12 nights, and for the price of a month’s
pay packet, I handed my life over to a retreat where every decision was made easy for me, with a routine of yoga and massages, swims in the infinity pool, hikes in the mountains and delicious meals in the communal dining-room. My phone had to be left in my bedroom, and I was given a throw-it-on cream uniform that was laundered daily. It was so quiet, so peaceful, that all I had to do was ponder my next move. Were there any sunlit uplands in this sunset industry? Not many. I could either tread water in the profession I loved, or boldly swim off into unknown waters. Perhaps it was serendipity, or maybe my self reflection led me to be more open to the opportunities around me, but about a week into the retreat, I met the inimitable Mark Sebba, the former CEO of Net-A Porter. When we were back on London, he introduced me to the start-up guru Mo White, who gave my number to Grace Gould. She almost immediately hired me as the creative director of her retail tech start-up, SODA Says.

“Be grateful for having faced failure”

Even now, it seems like an extraordinary decision. After all, I was that pampered editor who couldn’t even attach a picture to an email and had to get my PA to do it for me. Now I was working for a company whose acronym stood for School of the Digital Age. But Grace wanted me for all the other things I could do: write, yes, but more importantly, know instinctively what older women – that great, wealthy and strangely untapped market – wanted when it came to technology (cool-looking stuff that works).

Today I’m surrounded by optimistic millennials and have a stake in a company that collaborates with people like the fashion photographer Rankin and that, late last year, entered the lucrative US market, with pop-ups in Neiman Marcus and Nordstrom. More and more women are publicly embracing the power of failure, from Elizabeth Day in her new book How to Fail to Anna Wintour, who has declared: “I recommend that you all get fired, it’s a great learning experience.” I too have learnt that failure is a spur for action.

Free-falling off the corporate ladder afforded me something I’d never dared to ask for, and that no executive salary could ever replace: freedom. Freedom to learn new skills, to work the hours I wanted, to be around more for my needy teenagers, to write book reviews and to enjoy whole weekends with my girlfriends, laughing at the vicissitudes of our changing lives.

I have learnt, as Winston Churchill said, that success is not final and failure “is not fatal”. Recently, I bumped into an executive with whom I had once worked 15-hour days. “Your face looks completely different,” he said, sounding puzzled. That’ll be the vending-machine-tea-and-Minstrels diet that’s been abandoned, I thought, along with the draining friendships and the piles of high heels – tech is a flat-shoe world. That green Toast dress, though, I kept. I’d worn it on what proved to be my lucky day.
From: Harper’s BAZAAR UK