I Fell In Love at Work 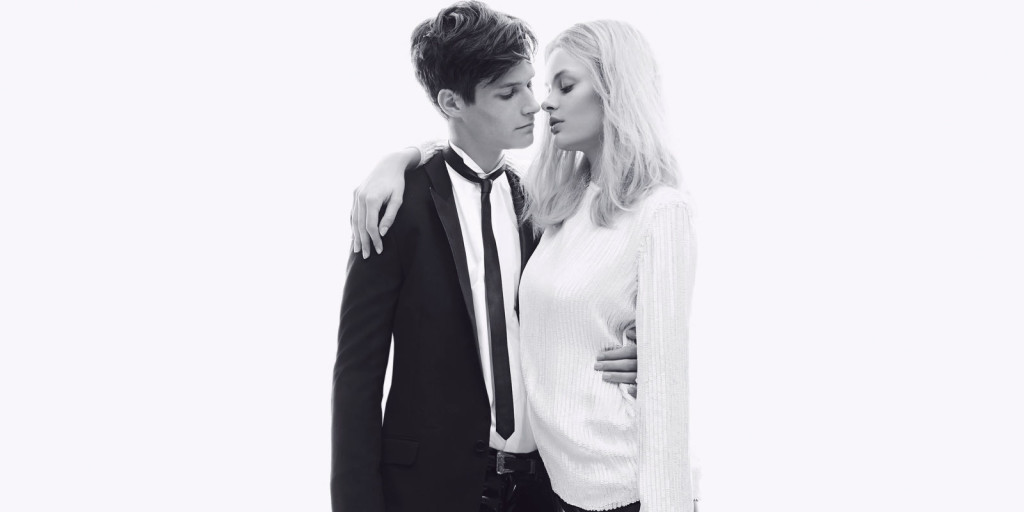 When I was 25, I accepted a job developing the fragrance distribution strategy for Hermes USA, moving from Paris to New York City. Paris may be called the City of Light, but to me, it’s a bit grey. In New York, you have the feeling that anything is possible. My husband and I joke that in New York, people first say yes, and then say no. In Paris, it’s the opposite. This shift in thinking for me was life-changing. At Hermes, I learned about beauty, quality, tradition, and authentic craftsmanship. I met a French artist who made photographic collages—it was very romantic, being married to an artist—and we had two daughters. My life was very full and very satisfying and very busy.

Then, on a fall day at a generic hotel in Times Square, the typical sort of place where you’d have a business meeting, I agreed to meet a man for a job interview. I’d heard of this man, Christophe, before. He ran a fragrance licensing company in Paris, and although we had mutual friends, we’d never met. I was interested to hear about his business, and arrived very prepared, very professional, in grey pants and a pale pink Vuitton blouse. And then our interview was the funniest one of my life. I loved his personality, I loved his energy, but immediately I could tell, we were very different. I’m quiet and tend to think a lot before taking action. Christophe is animated, and he’s a go-getter, he makes decisions based on instinct. At the end of two hours, he said, “Your French is so good, you don’t even have an accent.” I told him, “I am French, of course I have no accent—didn’t you read my resume?” And he said, “Oh, no…I never read resumes.” This to me was very Christophe.

After a few more conversations, I decided to go work for this man. Like I said, we are very different, but we share a work ethic and style. We loved working with each other, we joke that we fell in love with working together at first sight. At this time, Christophe was married with two sons and I was raising my two daughters. Over many years, that love we had for working with each other evolved into a romantic love. 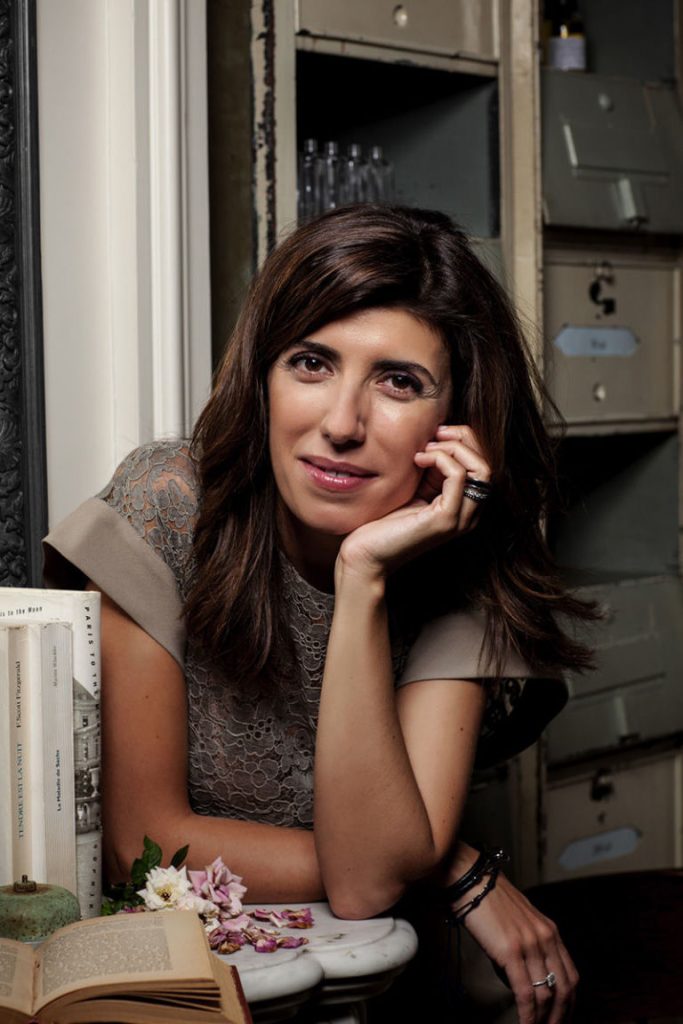 Sylvie Ganter of Atelier Cologne, photographed in her library

It took a very long time for me to come to terms with ending my marriage. But I thought about my daughters and what I would want for them—I want them to feel free. It was then that I knew I couldn’t live my life any other way. Independently, Christophe and I became single again. Then, I felt the time was right.

This period in our life was very complicated, with me in New York with my daughters, and Christophe in Paris with his sons. We’d try to arrange to see one another as much as we could, but it was never easy. We’d both left the company we had been working for together, and were ready to figure out the next chapter in our careers. The idea I’d had inside myself—to start my own brand—was finally ready to come out. Christophe said, “A few years ago, I hired you. Now would you hire me?” And that’s when Atelier Cologne was born. Because we were split between two countries, we knew we’d never have a child together. Atelier Cologne became our baby. Bergdorf Goodman and Neiman Marcus picked us up; we opened our first boutique in Nolita.

Then at 39, I became pregnant, which was not part of the plan. It was a blessing, but it didn’t feel that way at the time. I moved to Paris to have the baby, traveling back to New York two times a month to see my daughters in New York, where they go to school. I have spent a lot of energy learning how to make this new life situation work. It is draining and exhausting, flying across the Atlantic four times a month, but it is worth it. As a woman, you are a mom, a wife, and a businessperson. You cannot be a good mom if you don’t feel good, you cannot be good at work, you cannot be good in your marriage. This is what I want to show my daughters.

Today, Atelier Cologne is sold in 30 countries, with two New York boutiques, two in Paris, and one in Hong Kong opening next month. And last summer, in a small town close to Cahors, France, Christophe and I wed at the house of a dear friend of ours. His sons wore Cyrillus, the girls wore J. Crew, and my dress was made by Delphine Manivet. Everyone else dressed in beige and white, except for Christophe who wore a blue Paul Smith suit the same color as our storefronts and packaging. Our daughter is convinced that, on that day, the seven of us all got married to each other, which feels right.

We’ve just launched Jasmine Angelique, which is inspired by the smell of the jasmine-covered rooftop terrace Christophe had back when I was living in New York, traveling as often as I could to see him in Paris. The jasmine was not heady and waxy like most, but fresh and light, and it’s a scent we both remember so fondly from those times. We’ve always thought about recreating it. Then last summer, we stayed at a hotel in Positano where the fresh air mixed with the jasmine in exactly the same way. I also realized, coincidentally, the lace on my wedding dress was embroidered with jasmine flowers. It all felt like a sign that, once again, the time was right. 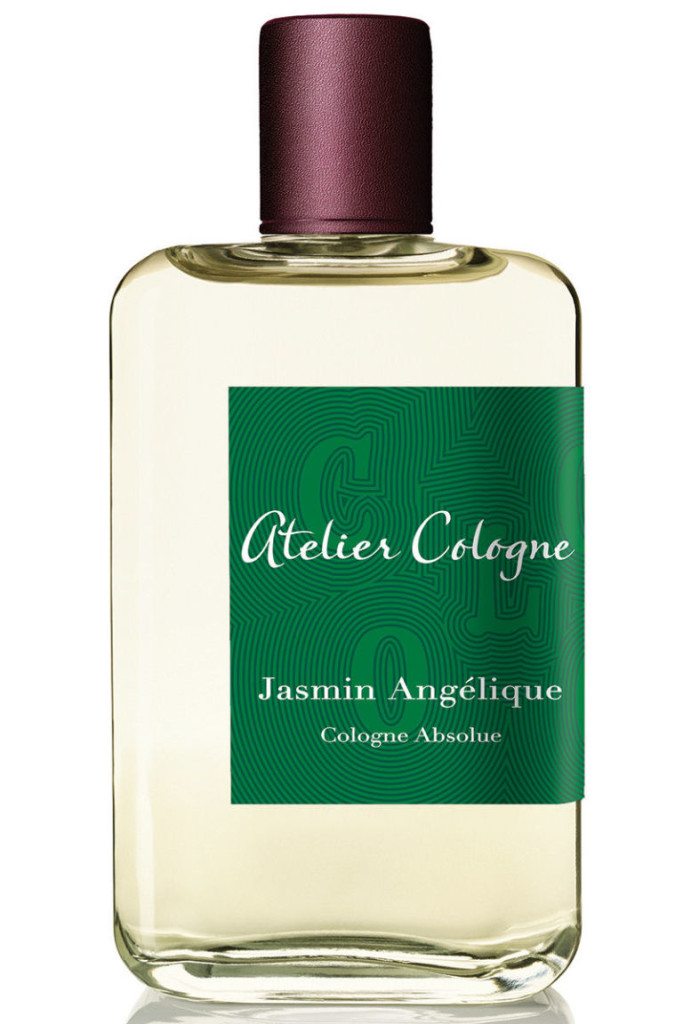 The first time you marry, you’re saying yes to this big dream and this big hope about what life is going to be. The second time around, you know a little bit more. And that’s what I told my kids and what I told my husband: I’m saying yes to the path we took to get here and to being happy now not knowing what the future will be. Right now, this is what I want. And this what makes me very, very, very happy.

​ Sylvie Ganter is the co-founder of Atelier Cologne. ​