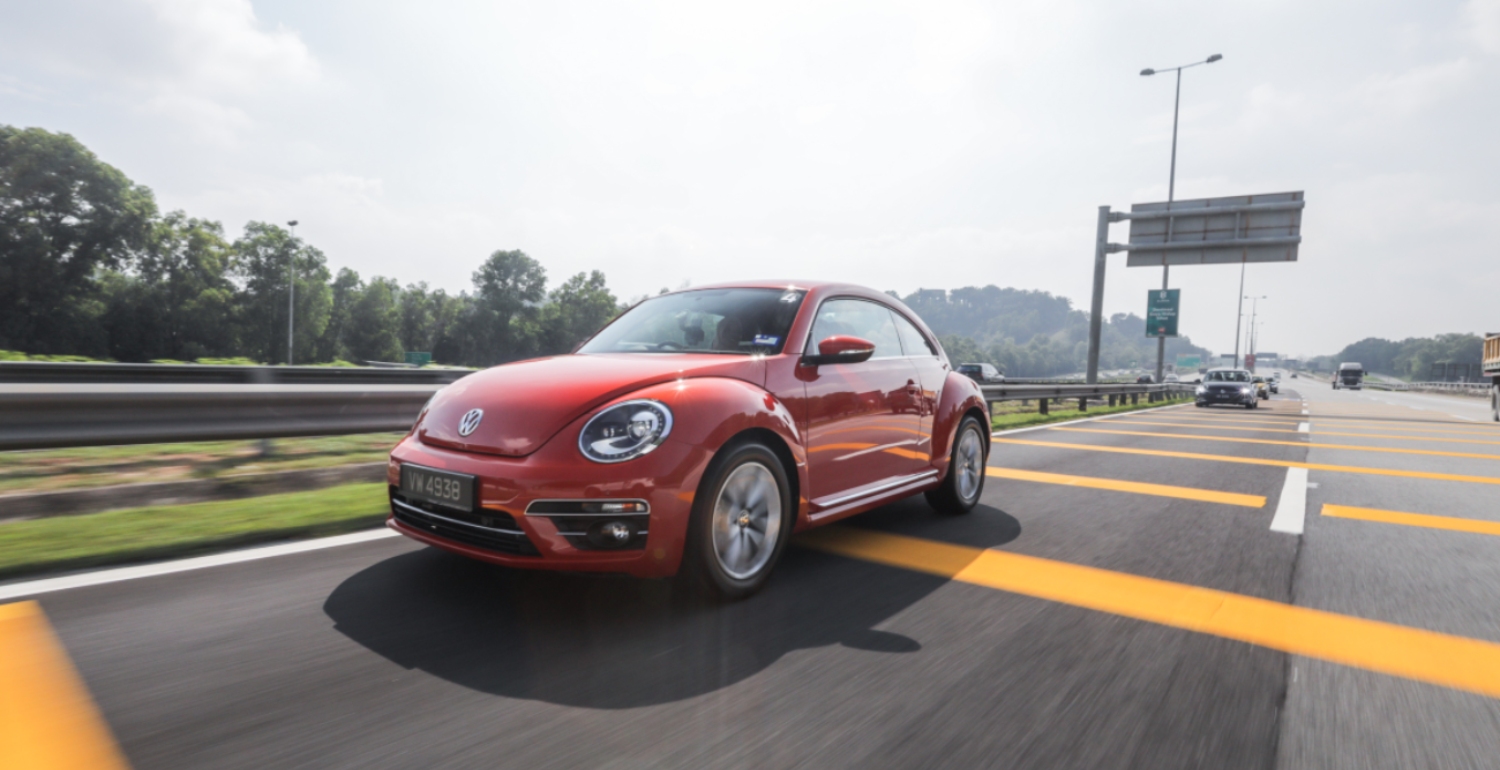 An afternoon cruise through the hills of Bentong, an art attack challenge by the foot of the Kedondong waterfall… this hardly sounds like how one would spend her work day, but such was my midweek rendezous with Volkswagen. An up-close-and- personal exploration of the German automaker’s leading range of cars was underway, but with a creative twist that went beyond the standard convoy driving. 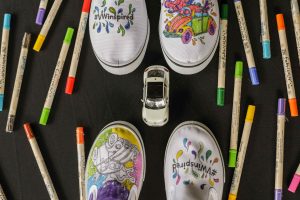 Flexing our creative muscles with Volkswagen

Back to the future.

My first brush with Volkswagen was when it first introduced the New Beetle, complete with a more elegant facelift. I was about 10 years old when I watched a beautiful woman step out of her bright yellow Beetle, a design that struck me as both hip and cute at the same time. I immediately deemed it my dream car, the idea of a grown-up version of me driving the car around town being the most appealing part of that faraway goal.

Fast forward to this planned drive, and I was behind the wheel of a Beetle 1.2TSI, caressing the leather steering wheel as we drove through winding roads of Pahang. It wasn’t my first time experiencing the Beetle, but being in control of this cosy ride brought back fond memories akin to ones from carefree childhood holidays.

We took turns navigating the roads in the different Volkswagen cars- from the sturdy Tiguan 1.4TSI to the sleek Passat 1.8TSI to the lively Vento 1.2TSI, to name a few- moving form one station to another, one creative activity after another.

A timed challenge in an outdoor car park in Desa Park City proved to be a trust-fall game of sorts. The direction: parallel park the Golf R-Line 1.4TSI as fast a you can. The caveat: don’t tap on the brake, and maintain a speed less than 10km/h. The goal: leave it up to Volkswagen technology to detect the obstacles, and have it activate the automatic manoeuvre braking on its own, to bring the Golf to a complete halt. Talk about trusting the system.

Needless to say, the manoeuvre braking did fulfill its promise, and the car did come to a halt milliseconds before it would collide with the cones, proving its ingenuity. But this was a controlled environment, and I was 100 percent aware of this feature, so how would it really fare in real life?

Two months later, I am driving a Golf GTI on my own, attempting to parallel park without the automatic manoeuvre braking feature in mind, and only narrowly missing an obstacle I wasn’t aware of right behind me. That, dismissed any doubts I had of the feature. I’ve always prided myself on being a road user that’s smart, defensive and intuitive, but I am only human, and if Volkswagen wants to give my skills a little boost, I am all the more for it.

Culture News
The outbreak has affected the fashion calendar

Beauty Buzz
Ahead of the new decade, BAZAAR caught up with actress Lily James to discover 30 year old’s beauty mantras.

Culture & Living
It marks the pop star’s first round of new music since the mega success of A Star Is Born.
Type keyword(s) and press Enter
WordPress Lightbox Plugin