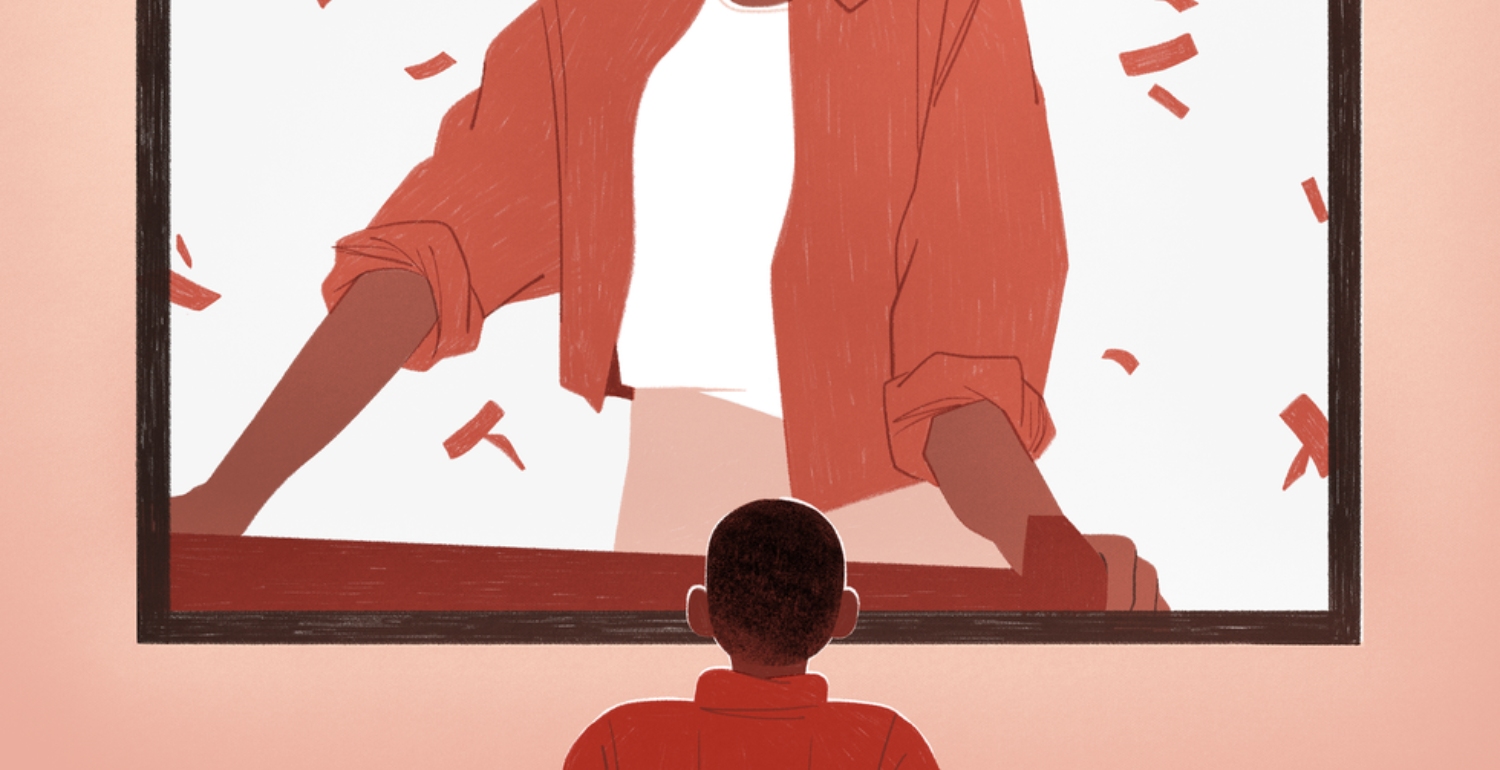 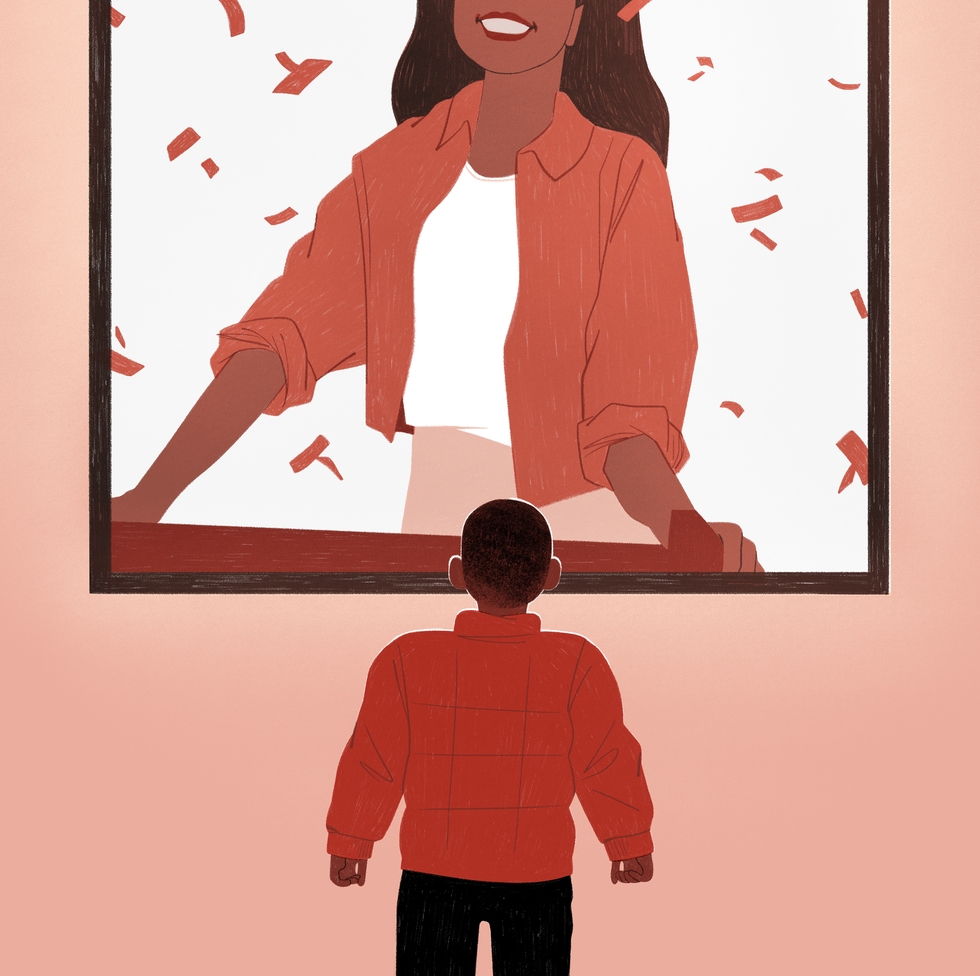 “Mommy, can only girls be legendary?”

My three-year-old son, glued to the Disney Channel’s DuckTales, had spotted a commercial break with a group of young female stars dancing around a school campus, singing about how “you can be legendary.”

“No baby, of course you can be too,” I replied, thinking nothing of his comment.

“Mommy, can you see her?” he asked a few days later during his beloved PAW Patrol.

“Huh?” I stopped folding clothes and looked up at the TV to see Nickelodeon advertising a hashtag: #SeeHer.

A quick Google search revealed that the initiative, launched by Association of National Advertisers and its Alliance for Family Entertainment, aims to show a positive, unbiased portrayal of women in media.

“Basically it means girls can be anything they want to be,” I explained to my son.

And it made me think—as the mother of a seven-year-old girl, I had been so consumed with female empowerment in the fight for gender equality that I had overlooked my son. At just three years old, he was already picking up on the saturation of the media’s “girl power” messaging, and was now confused about his own role in the world.

After all, how can we advocate for inclusion if we’re not considering theirportrayal in the media too? Are advertisements and corporate brands actually encouraging equality, or perpetuating harmful gender stereotypes when it comes to boys?

These questions took me back to a story I wrote last year about men, boys and gender stereotypes; and how the emotional needs of boys in today’s younger generations are being ignored. It’s no surprise that along with being harmful to girls, gender stereotypes put boys’ self-confidence at risk too. Studies from the past two decades confirm that our focus on girls can leave boys behind in regards to education and well-being. The truth is, boys actually need more emotional support than girls. 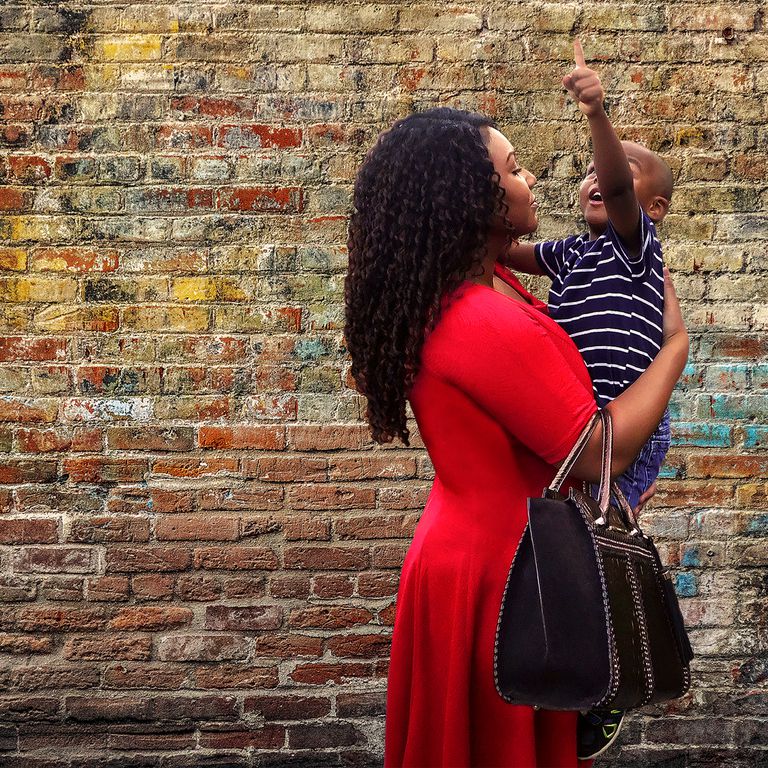 The author pictured with her son, West.
Courtesy of the Author

We’re seeing a culture shift privately, with parents actively trying to raise feminist sons and break down stereotypes within their homes. In my story last year, I quoted a gentleman who said, “As a stay at home dad, I rapidly see negative male gender stereotypes changing. But it’s leaving a vacuum in its wake that needs to be filled with better teaching for self-worth for our boys.”

I agree, the vacuum is currently empty and the chances for toxic masculinityto pour inside are high. Caroline Crosson Gilpin and Natalie Proulx write,”Toxic masculinity is not just a men’s issue — its consequences are pervasive and affect everyone.” And further, everyone “makes choices about [our] behavior that can either perpetuate a culture of toxic masculinity or disrupt it.” We can disrupt it by choosing to fill the vacuum with positive representation.

My son West has a fresh, impressionable mind. Just like girls his age, he wants to be legendary. He’s a boy who’d risk harm in the spirit of defending others. He knows to respect the opinion of women. He knows how to embrace his female classmate’s spirit without ever touching them inappropriately. What West needs now is to see other boys and men who are just like him, to hear messages about finding strength in vulnerability.

“Just like girls his age, he wants to be legendary.”

I think back to the commercial West saw on the Disney Channel and wonder, why can’t they shoot a second “Be Legendary” commercial? One full of young male Disney stars singing and dancing on the school campus, exhibiting legendary qualities of compassion and sensitivity? A more relevant example would be director Kim Gehrig’s work on Gillette’s “The Best a Man Can Get” video, the underlying messaging of which was educational and encouraging; it’s mission both moving and groundbreaking. We need more of these.

I applaud the media and today’s brands for their efforts to elevate the female—particularly the young female—voice. But if they’re doing so in an effort to encourage gender equality, I can’t congratulate them on a job well done. While it’s important to break down the barriers of gender stereotypes for girls, it’s equally as important to do so for boys. A report on gender stereotyping by the Advertising Standards Authority argues that gender stereotypes in media “can lead to mental, physical, and social harm which can limit the potential of groups and individuals,” and this applies to girls and boys. So, doesn’t neglecting to bolster boys along with the girls, by this logic, actually limit their potential? Have we been unintentionally stifling our sons?

We’ve committed so strongly to teaching girls they’re equal to boys that we’ve forgotten to extend the message to the boys themselves in a healthy, inclusive way. Along with our focus on feminism, we need to embrace a new men’s movement too—one that pays attention to the young boys who are discovering their manhood against a backdrop of hashtags and equality campaigns that tend to either overlook or vilify where masculinity fits in.

He may not be a princess, but West wants to dream big, too. He wants to make a positive impact on the world by loving others. And like young girls, he too deserves to see his potential reflected in media.

Beauty Buzz
Not only a fat burning and muscle building solution, this treatment also combines a trending core-strengthening procedure.

Drive
The seventh generation Lexus ES is sharper, bolder and sleeker than ever before.
Type keyword(s) and press Enter
WordPress Lightbox Plugin