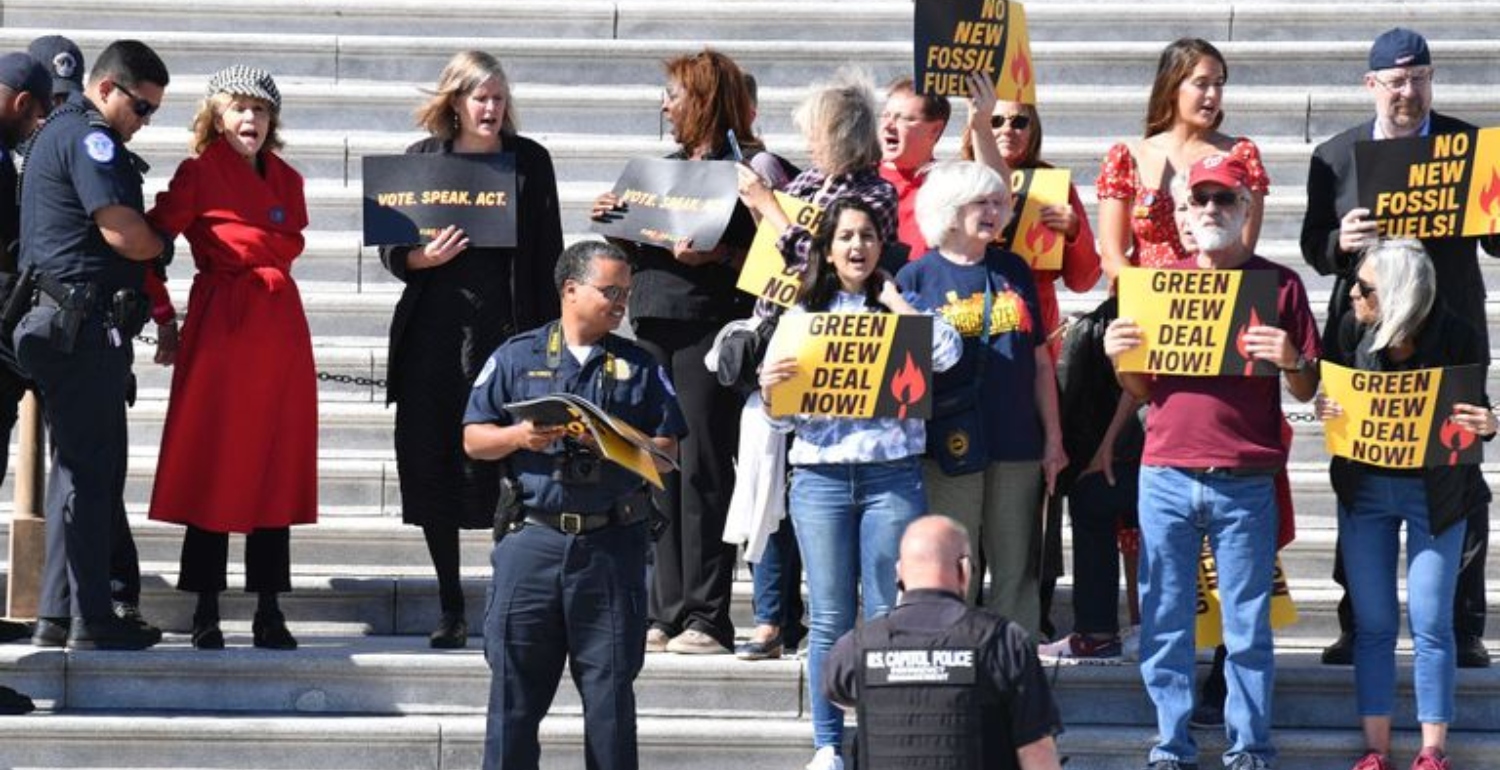 Culture /
The 82-year-old was marched away in handcuffs
Editors 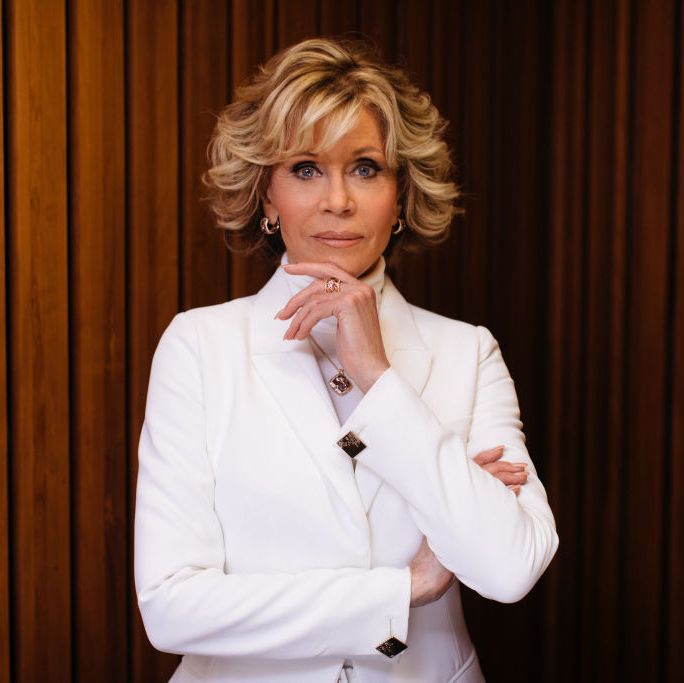 Jane Fonda was arrested in Washington DC on Friday, 11 October, during a climate change protest. The 82-year-old campaigner was pictured being marched away by US Capitol building with Oil Change International, a group advocating for clean energy.

She was one of 16 people to arrested, all of whom were charged with crowding, obstructing or incommoding. Having moved to the US capital to be closer to the climate change protests, Fonda pledged on her website to publicly rally every Friday from now until January, in what she calls “Fire Drill Fridays”. 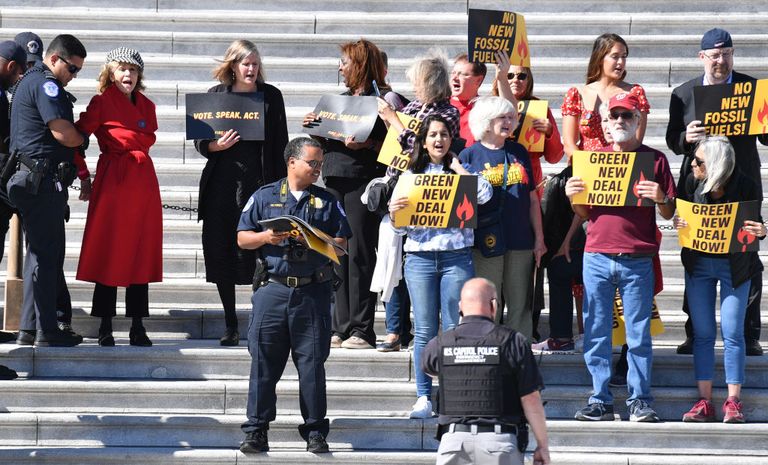 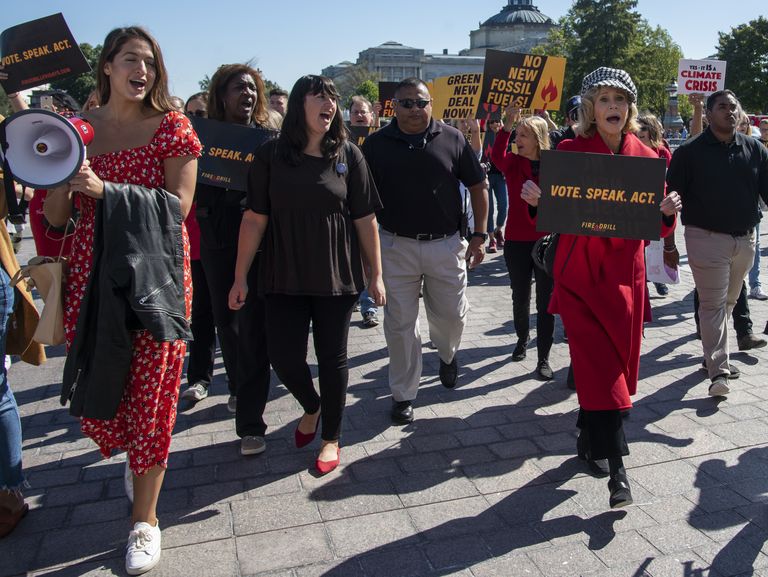 “I will be on the Capitol every Friday, rain or shine, inspired and emboldened by the incredible movement our youth have created,” she said on her website. “I can no longer stand by and let our elected officials ignore – and even worse – empower – the industries that are destroying our planet for profit. We can not continue to stand for this.”

Fonda says she and her rallying colleagues used the few hours spent in police cells to plan their next rally before each paying $50 dollars to be released. The actress described her account of the incident on her official website.

“White plastic ‘handcuffs’ were put on each of us, we were taken to the nearby police station for a few hours,” she wrote. “The plastic handcuffs hurt more than the metal ones and I discovered that it’s not easy for an 82-year-old to get in and out of a police paddy wagon without the use of her hands. All the police women and men were super polite and nice.”

Art & About|Shows & Trends
‘Bags: Inside Out’ will explore the function, status and craftsmanship of the ultimate accessory
Type keyword(s) and press Enter
WordPress Lightbox Plugin