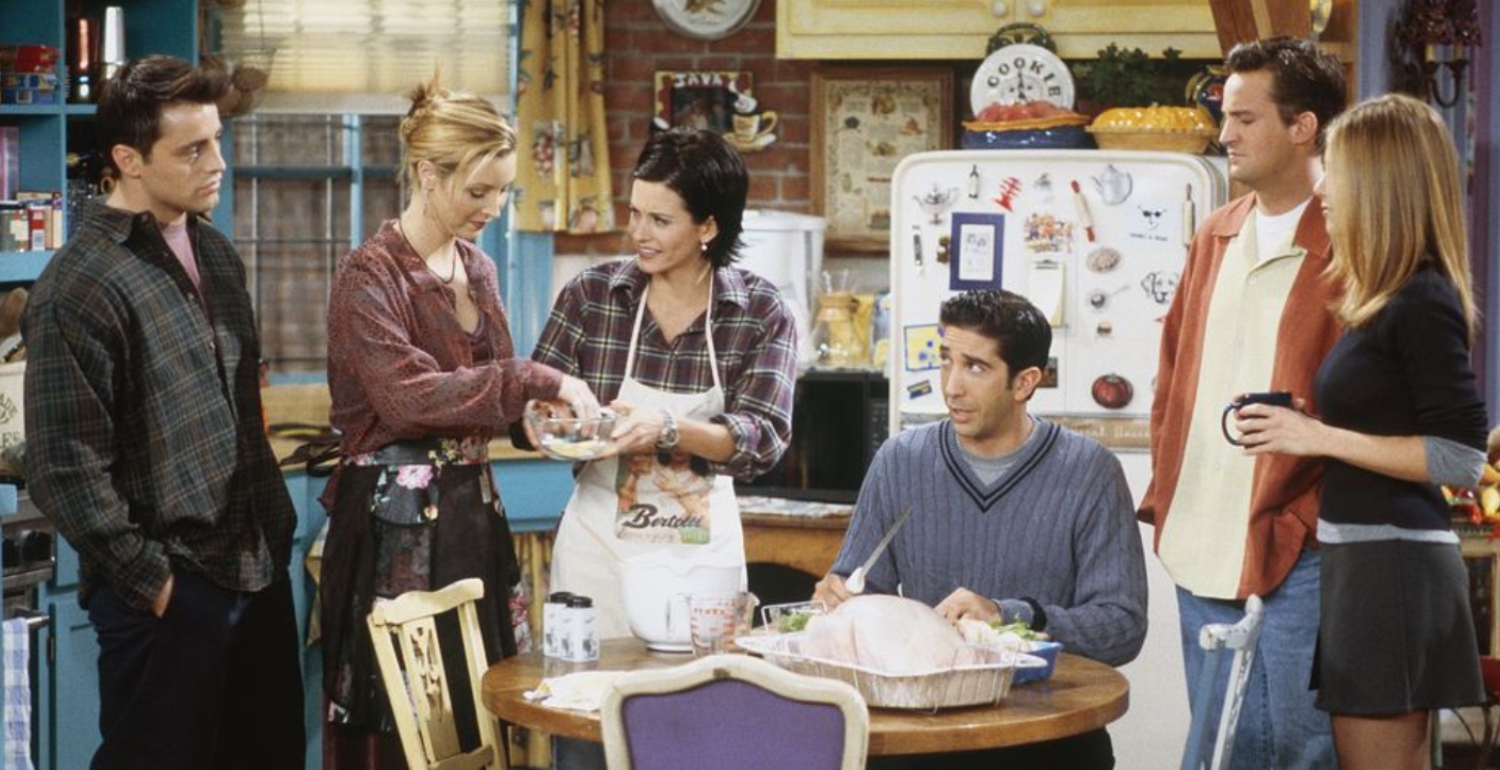 Culture|People /
Celebrity Watch
The talk show host put in a special request for Mexican food on Thanksgiving.
By Amy Mackelden 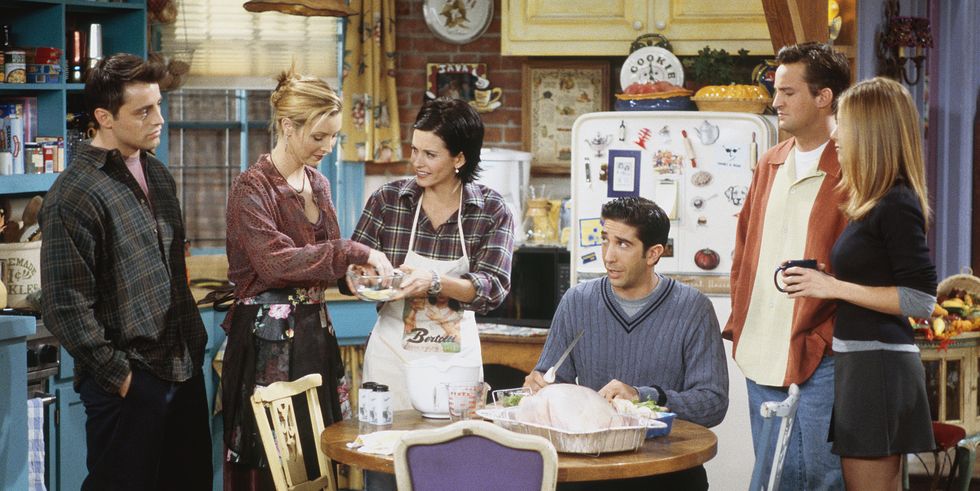 The talk show host put in a special request for Mexican food on Thanksgiving.

Jennifer Aniston is a woman of her word. Having previously had a request from talk show host Jimmy Kimmel to provide some alternative Thanksgiving cuisine, Aniston obliged.

The star of The Morning Show hosts a party for her friends every year on the day before Thanksgiving. After Kimmel complained about the amount of turkey he consumed at her party, and at his own Thanksgiving meal the following day, Aniston decided to play a little joke on him.

Sharing a photo of herself holding a dish of enchiladas, and a video clip of Kimmel’s reaction to the snack, Aniston wrote on Instagram, “Ok, @jimmykimmel… here are your f*%king Friendsgiving enchiladas.”

Understandably, Kimmel reacted by exclaiming, “Finally someone listened to me.”

Aniston previously explained her annual party during an appearance on Jimmel Kimmel Live!, and said, “It’s Thanksgiving, but the day before, because I like to, sort of, have a quieter Thanksgiving. And I don’t want people working on Thanksgiving, so it gives them the day off, so I do it the night before.” Aniston continued, “And you’ve come for the last couple of years.”

Aniston also had to correct the host and tell him she’d actually dubbed her party “Fakesgiving,” not “Friendsgiving.” Kimmel then went on to suggest that Aniston served something other than turkey at her party, so that she didn’t usurp the Thanksgiving meal he’d be cooking the next day.

The actress told Kimmel, “Listen, I’ll make a deal. If we do this, can we talk about your children not using my backyard as a bathroom?” Aniston continued, “That did happen, and you know what, a year went by and I didn’t know it.” Aniston proceeded to reveal that Kimmel’s daughter Jane “took a shit” in the backyard. Sounds like a hell of a party.

Beauty Buzz
From Hermès to Jimmy Choo, why a host of brands are launching lipsticks (and more)