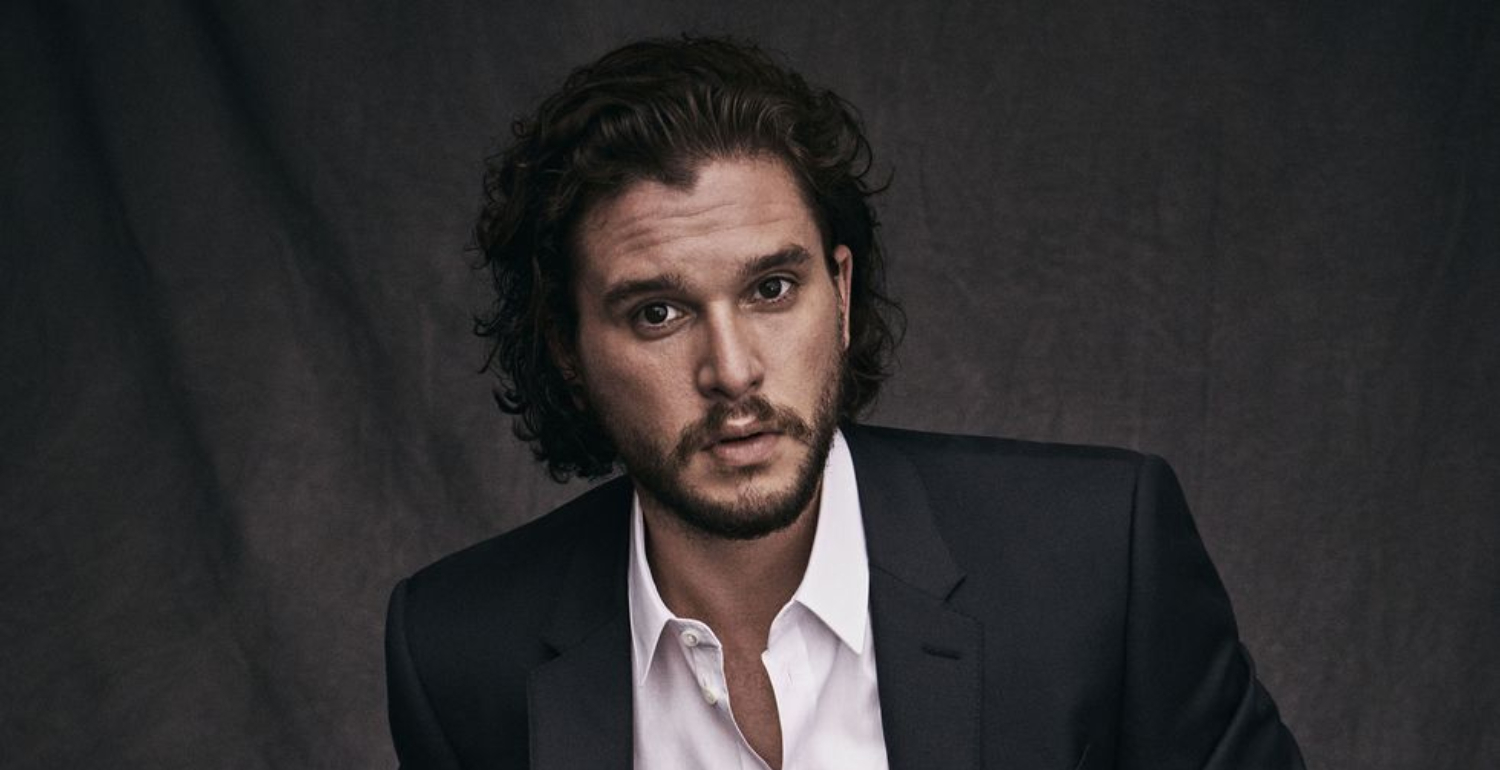 Culture /
Culture News
The Game of Thrones star talks life after the show’s final season and opens up about his Dolce & Gabbana...
By Erica Gonzales 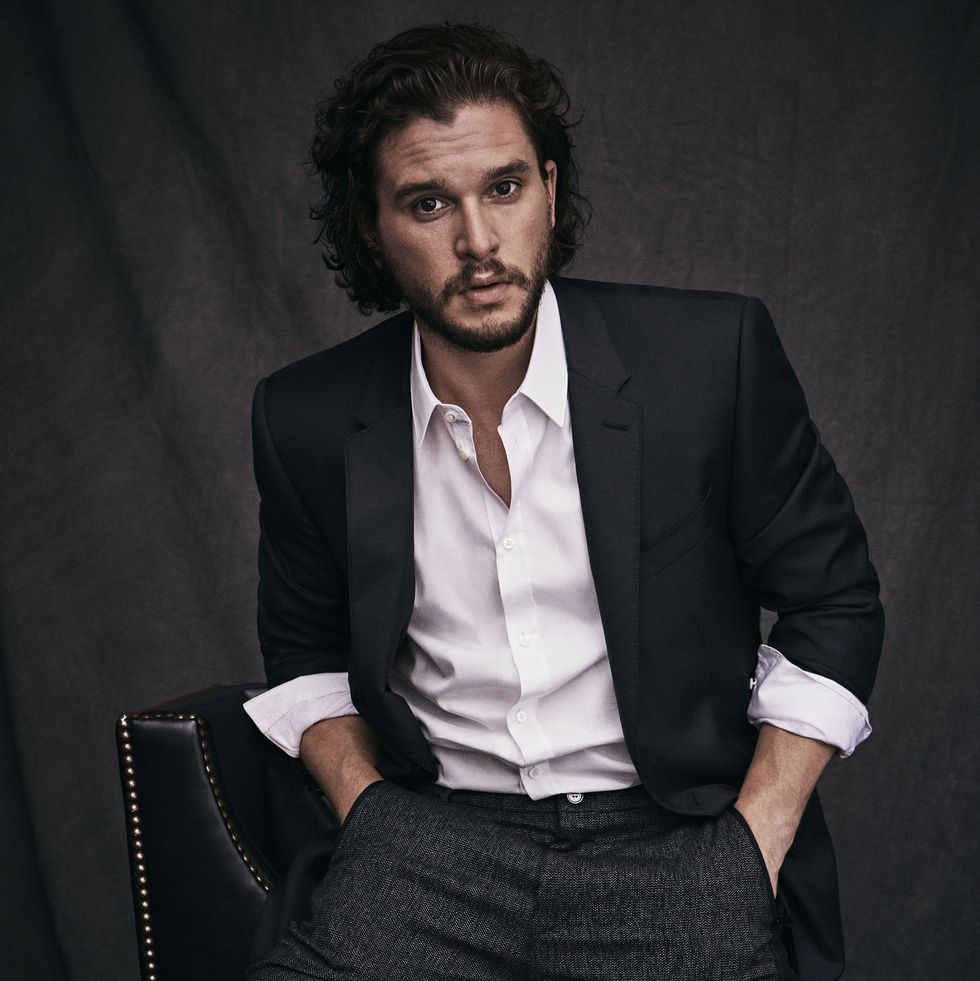 Kit Harington needs to charge his Juul. “I used to be a huge smoker, so this now is my lifeline,” he explains, holding the e-cigarette as we get situated before our interview. I can’t help but laugh at the image of Jon Snow puffing clouds of mango vapor in full armor and fur, but Harington clarifies that he was mostly smoking cigarettes during his time on Game of Thrones. Thanks to #VapeLife, he “weaned off.”

Unlike his smoking habit, saying goodbye to Thrones, in which Harington has starred since 2011, felt less like weaning and more like, as he’s said, peeling off his skin. “It’s a brutal experience, especially after nine years,” the 32-year-old actor says, leaning over the edge of a lounge chair in a white tee, blue slacks, and sneakers. Occasionally, he removes his wedding band from his finger and plays with it.

After nearly a decade in the role of brooding war hero Jon Snow, Harington is eager to take lighter parts in the future. He’s already shown he’s ready for a change when he hosted Saturday Night Live beardless (the photos sent fans into an uproar) and took on wild characters like a burlesque dancer and an undercover boss getting a rectal exam. 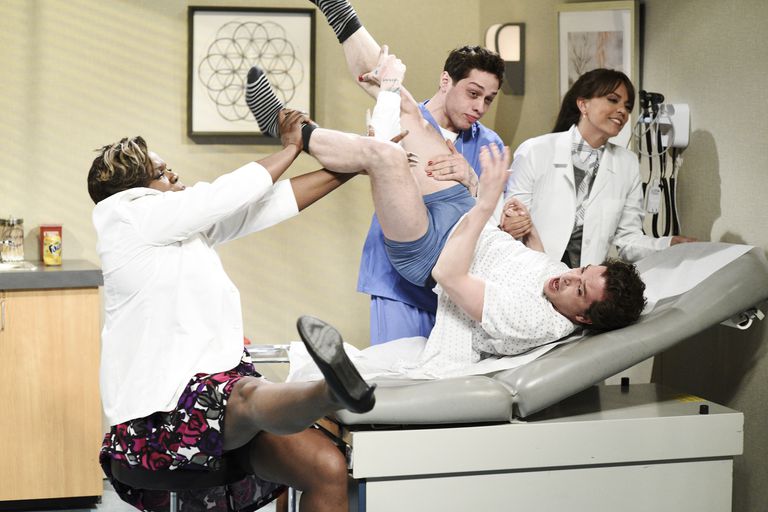 Though Harington didn’t take anything from the Game of Thrones set except a pair of Jon Snow’s gloves (he argues he isn’t cool enough to get a commemorative tattoo), he has much more to show from the experience than props. He met his wife, Rose Leslie, when they co-starred in earlier seasons, and he’s forged lasting friendships with cast mates like Emilia Clarke, who portrays his onscreen lover/aunt/possible competitor, Daenerys Targaryen. “I just got an incredible amount of admiration for her,” he says.

When we meet at the end of March, it’s still weeks before GoT fans would see Jon ride a dragon, discover his true parents, and watch Daenerys burn King’s Landing to the ground. He’s wary of sharing potential plot points—he won’t even comment on scenes in the trailer, even though they’re eventually confirmed in the first few episodes of Season 8. Harington doesn’t, however, shy away from promoting his gig as the face of Dolce & Gabbana’s men’s fragrance, The One. Like Clarke, he’s been an ambassador for the Italian brand since 2017. The actor is a strong believer in wearing a scent—when he’s not on set. “I think you should carry it around with you all the time,” he says.

Ahead, the actor talks to BAZAAR.com about representing Dolce & Gabbana, the epic battle sequences in Season 8, and what’s next for him.

Are you a big fragrance guy?

I am. Yeah, I really am. The first fragrance I bought, believe it or not, this is going to sound like I’m selling this for Dolce & Gabbana, but it was a Dolce & Gabbana fragrance. So when this campaign came through, it just felt right to do.

I think it’s really important. I think that we put so much effort into what we wear, into how we look, into what style we decide to be. It seems ridiculous that one of the senses you wouldn’t concentrate on which is one of most evocative, which is your sense of fragrance, your sense of smell. I think it defines a person. I think it’s very important to me. I stick with the same fragrance for years.

Is that something you fit into your getting ready routine even if you’re getting into costume, or is it just special occasions?

Jon’s not a fragrance guy.

Right. I have played characters that it kind of helps if you’ve got a scent that you associate with them. Not with Jon, but with a more modern character, it can be a very useful thing to get you into character is to have a scent that you use.

You finally cut your hair. How did that feel after so long?

[Mouths “Fucking great.”] I think it’s like, talking about going through periods of your life, like maybe with a scent as well, you find a different fragrance for a different point in your life. It’s the same with appearance, isn’t it? That [hair] was my 20s, and I’ve got to move into a different chapter. Part of that is your appearance and what you put out to the world. 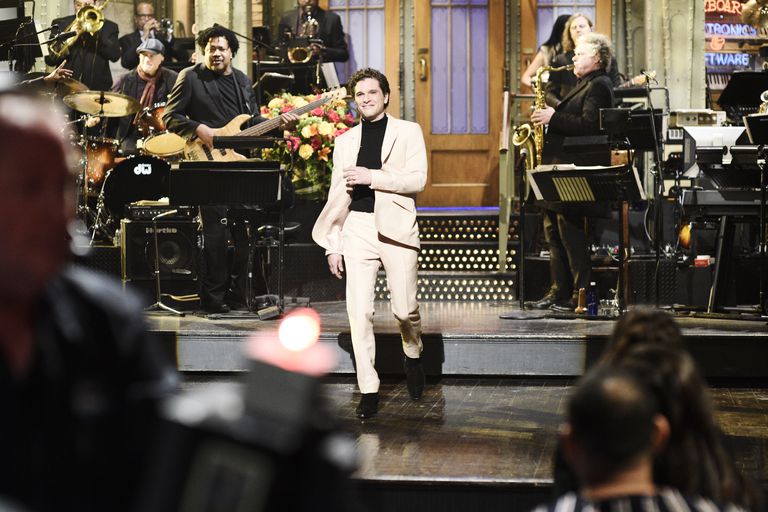 For the play True West, you had your hair kind of short with a mustache going on.

My dad’s pretty happy I’ve got rid of that now. He said, “I’m glad you got rid of the creepy mustache.” I don’t know. There’s something about a mustache that I quite enjoyed.

How are you going to watch the last season of Game of Thrones? Are you guys going to get the cast together do a viewing party, or are you just going to do it at home?

I don’t think so. I think we’re going to enjoy the premiere together, and we’re going to hopefully enjoy a couple more award ceremonies together. But I think it’s like we, as cast members, would just be happy to sit on the sofa and enjoy it and enjoy the work we’ve put in with our close loved ones. This might be the first season that I watch with friends and family around me rather than previous seasons where I just watch it on my own. I might have a little gathering to watch it.

So you usually watch it by yourself and analyze.

Yeah, I’m a paranoid neurotic wreck when it comes to watching stuff I’m in. But it feels like such a celebration, this last one, that I want to share it with people.

When you finally finished your last scene, what was the immediate reaction once they said, “Okay you’re done. You’re out of character for the last time?”

Well, it’s strange isn’t it? It always is with a movie and TV set. I guess you expect this big fanfare of like, because it’s ended for you, it’s ended for everyone. But really on the final day and when it’s finished, they’ve got to move on and move to something else. That’s why it felt like being skinned. It was like, “Right. We got to get this off because we’re going to move on and shoot Maisie [Williams] doing something.” So it’s kind of brutal. It’s a brutal experience, especially after nine years. You go, “Oh, well, that’s done.” You just finish, and that’s it. 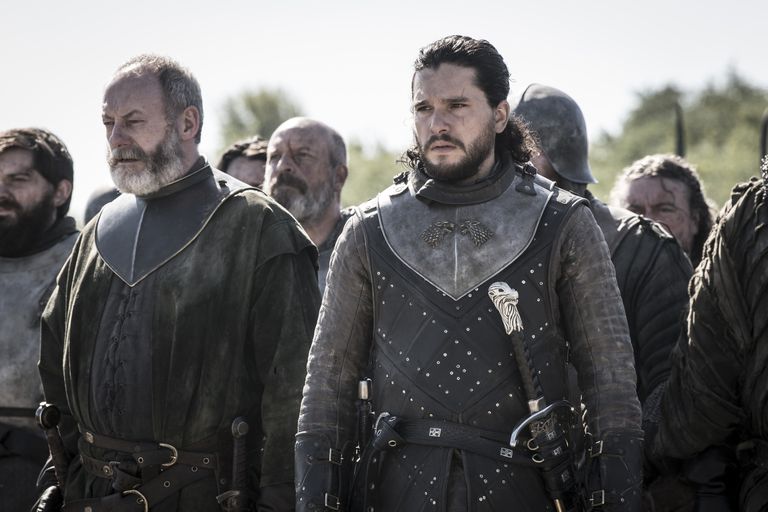 Harington as Jon Snow in Game of Thrones Season 8.
HBO

You had a fake-out a couple of seasons ago when you thought that Season 5 finale was your last. Did you also say your goodbyes then? Were there any similarities between that goodbye and this final one?

I mean, that was different because I sort of knew it wasn’t done. And I didn’t want to lie to people, so I was like, “I’m coming back.” Well, to people in the cast. This was different. This we know none of us are going to go on and do this again. This is it. So it was different.

How did it feel watching the Season 8 trailer for the first time? That was the first big chunk of actual footage from this season.

It didn’t really tell you anything. That was the first trailer. Like each trailer, each season, you watched and you go, “Oh, I know …” They don’t want to show you anything, so it was just tiny bits. For me, it was like, that’s the least exciting trailer Thrones has ever done because they can’t show you anything exciting.

We did get a lot of battle scenes here and there in the trailer.

There are bits. You know, there were moments, but you got a lot better than that to come.

I’ve read that the production of the battle scenes were insane and the night shoots were so long; a lot of cast members said it was horrible and really draining. Was it really that hard?

Yeah, but I’m hesitant to say how bad it was on the cast because it was 10 times worse for the crew. They were the ones really at the cold face throughout the season due to how tough this season was, how much they asked of everybody. It was the crew that was there day in day out. I was there a lot because I’m one of the leading cast members, but it was tough for everyone.

It’s really cool that the show sheds light on the crew members, because they go through a lot.

That’s the thing about anything like this. You only ever see us in the characters telling the story. Thrones is so much more than that. Thrones is the same people coming back year after year, the crew going through hell and back. They don’t get the credit as we do. It’s important to give them a shout out.

You’ve been in a lot of battle scenes throughout the seasons, from Hardhome to Beyond the Wall, to Battle of the Bastards, and then you’re also in this big one against the White Walkers that everybody’s been waiting for. How different was it compared to the previous war scenes?

It felt very different from any other season, just the scale of it and the size of it. We always thought nothing would beat the Battle of the Bastards in size and scale. This flattened it. There’s no contest. 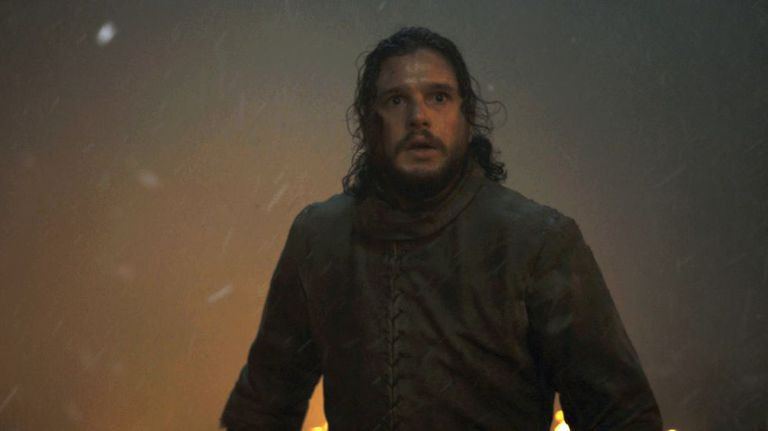 Did you take any souvenirs off set when you finished?

Not really. I’m not allowed to. I mean, they’re all boxed and museum-ed. I hope one day, one day when everyone’s forgotten about Thrones, I might get to buy my costume back or something.

What’s the one thing you would have taken?

Some people got commemorative tattoos. Is that something you want to do?

There was talk of it, and then no one ended up doing it. Emilia got some dragons which look really cool. But she’s a lot cooler than I am. You got to be cool to have tattoos. I’m not very cool.

I read that you wanted to step away from the Jon Snow role a little bit.

Yeah, I don’t want to try and repeat Jon Snow.

Or any similar fantasy-period roles?

You know, it’d have to be the right thing. But you’re an actor to kind of step in and out of many different roles. I don’t want to step back into the same thing.

Is there any kind of role that you kind of have in mind?

Maybe something slightly lighter. It’s a very heavy, heavy show, heavy role. So something which is a bit lighter, a bit funnier maybe. Other than that, I don’t really know.

Beauty Buzz
These are the hair trends taking over Instagram.