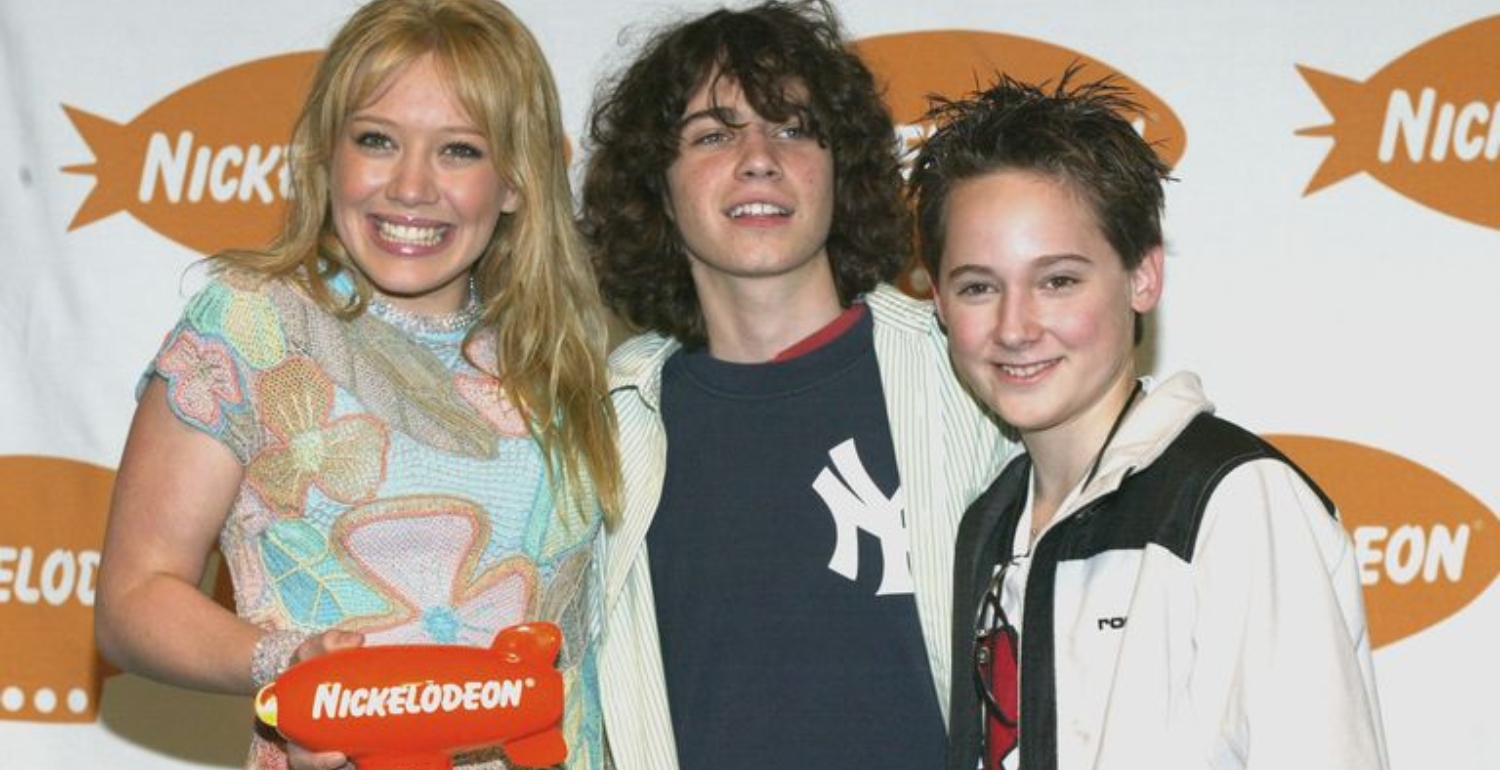 Culture /
Hilary Duff is having some major llama drama on set.
By Amy Mackelden

When it was announced that iconic character Lizzie McGuire would be returning to our screens, fans were understandably shook.

Thanks to the forthcoming streaming service Disney+, Lizzie McGuire is coming back at exactly the time we need her. Everyone who grew up watching the Disney Channel classic likely wondered what happened to one of Hilary Duff‘s most memorable characters. Well, wonder no more, as the reboot is already shooting.

Here’s everything you need to know about the Disney+ reboot of Lizzie McGuire.

At Disney’s D23 Expo in August 2019, it was revealed that Duff would be returning to play the titular character in a Lizzie McGuire reboot on Disney+. It was also announced that the show’s creator, Terri Minsky, would be returning, and that the series would follow Lizzie, now in her thirties and living in New York. 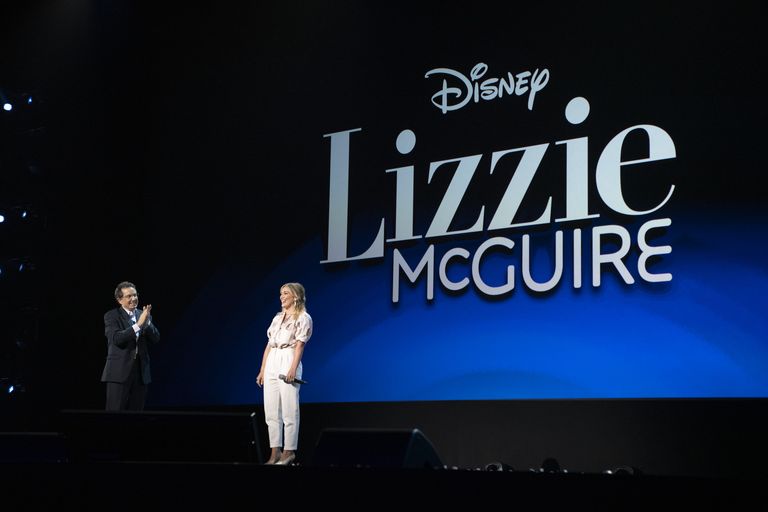 At the D23 Expo, Duff explained (per Variety), “Lizzie has also grown up, she’s older, she’s wiser, she has a much bigger shoe budget.” She continued, “She has her dream job, the perfect life right now working as an apprentice to a fancy New York City decorator.”

Duff excitedly confirmed the reboot on Instagram and wrote, “SURPRISE!!! I’ve been trying to contain this excitement for a loooong time while this has been in the works! I am beyond excited to be home again, back with my girl ♥️…and into her 30s #bringbackbutterflyclips.”

SURPRISE!!! I’ve been trying to contain this excitement for a loooong time while this has been in the works! I am beyond excited to be home again, back with my girl ♥️…and into her 30’s #bringbackbutterflyclips #lizziemcguire #thisiswhatdreamsaremadeof #lizzieforpresident #DisneyPlus #D23Expo . . . . . . Also, If you needed yet another reason to get Disney+ ….the #lizziemcguiremovie will be living there!

While Disney+ is set to officially launch on November 12, 2019 in the United States, the Lizzie McGuire reboot won’t be one of the service’s initial offerings. The streaming service will feature an extensive back catalogue of Disney titles, along with new movies and shows like the live-action Lady and the Tramp. Subscription will set you back $6.99 a month, and fans will have to wait for a release date for Lizzie McGuire, thought to be sometime in 2020.

Duff has been teasing fans with photos from the set. She shared a photo of her incredible hair and makeup during filming.

The Younger star also adorably reunited with her McGuire family, and wrote on Instagram, “we are standing in what will soon be the McGuire living room. What’s up fam. We doin this #lizziemcguire #disneyplus.”

🤯 we are standing in what will soon be the McGuire living room. What’s up fam. We doin this #lizziemcguire #disneyplus 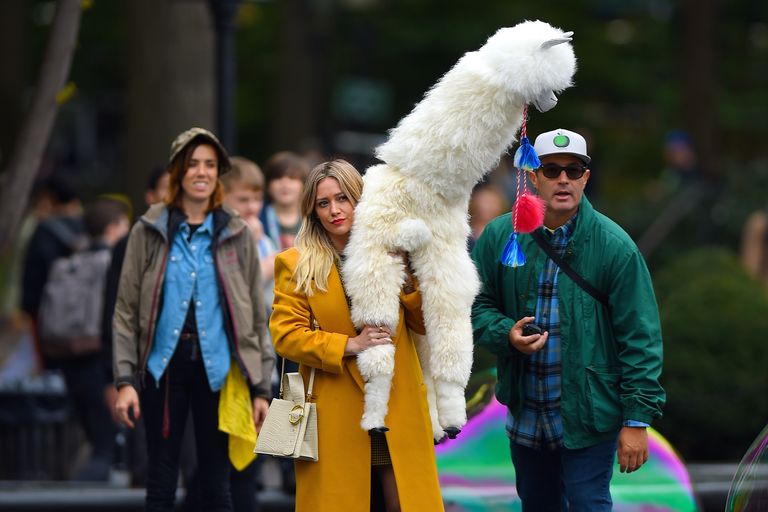 Lizzie will have a new love interest.

While fans might have been hoping that Lizzie ended up David “Gordo” Gordon (Adam Lamberg), Duff revealed to Vulture that the reboot is going in a different direction. She explained, “Ah! I feel like them not being together is what was so good.” 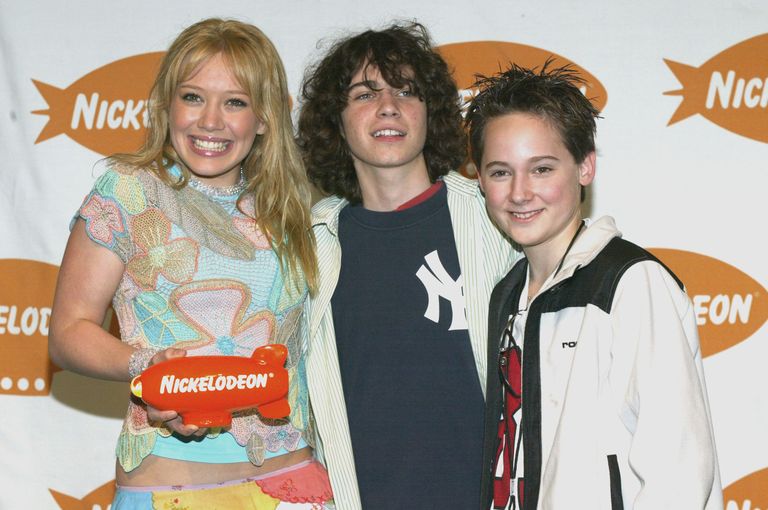 She continued, “It’s that one person that you’re like, Was he the one? Is it ever going to be? You’re always kind of wondering. We wanted it to hurt everyone a little bit, and it’ll continue to hurt. I really hope he’s going to be involved. We’ve been planning out the season and coming up with what everything looks like, and it’s so important for him to be there for part of it.”

Instead, Duff told E! News, “She has an awesome boyfriend and they’ve been together for two years so everything’s looking pretty promising for her.”

But Ethan Craft could be back.

In an interview with E! News, Duff said of actor Clayton Snyder, who plays Ethan Craft, “He is hot. He’s very hot.” Hinting that he might be back for the reboot, the actress explained, “I’m pretty sure there’s going to be, there’s going to be a thing.”

As for where else the reboot might go, the A Cinderella Story star told E!, “I have said this before, but for me coming back when she’s 30 and she’s not in a marriage and she’s not having a baby and she’s not doing all the things that I have already done in my life, that story is really exciting for me.”

Culture News
In all of its Edwardian finery…

Fashion News
Customers will be able to have selected dresses fitted and customised.

Shows & Trends
The house journeyed to Marakech for its latest inspiring show.

Exclusives
The Irish hitmaker will perform the hit songs from himself and Boyzone that have defined a generation.
Type keyword(s) and press Enter
WordPress Lightbox Plugin