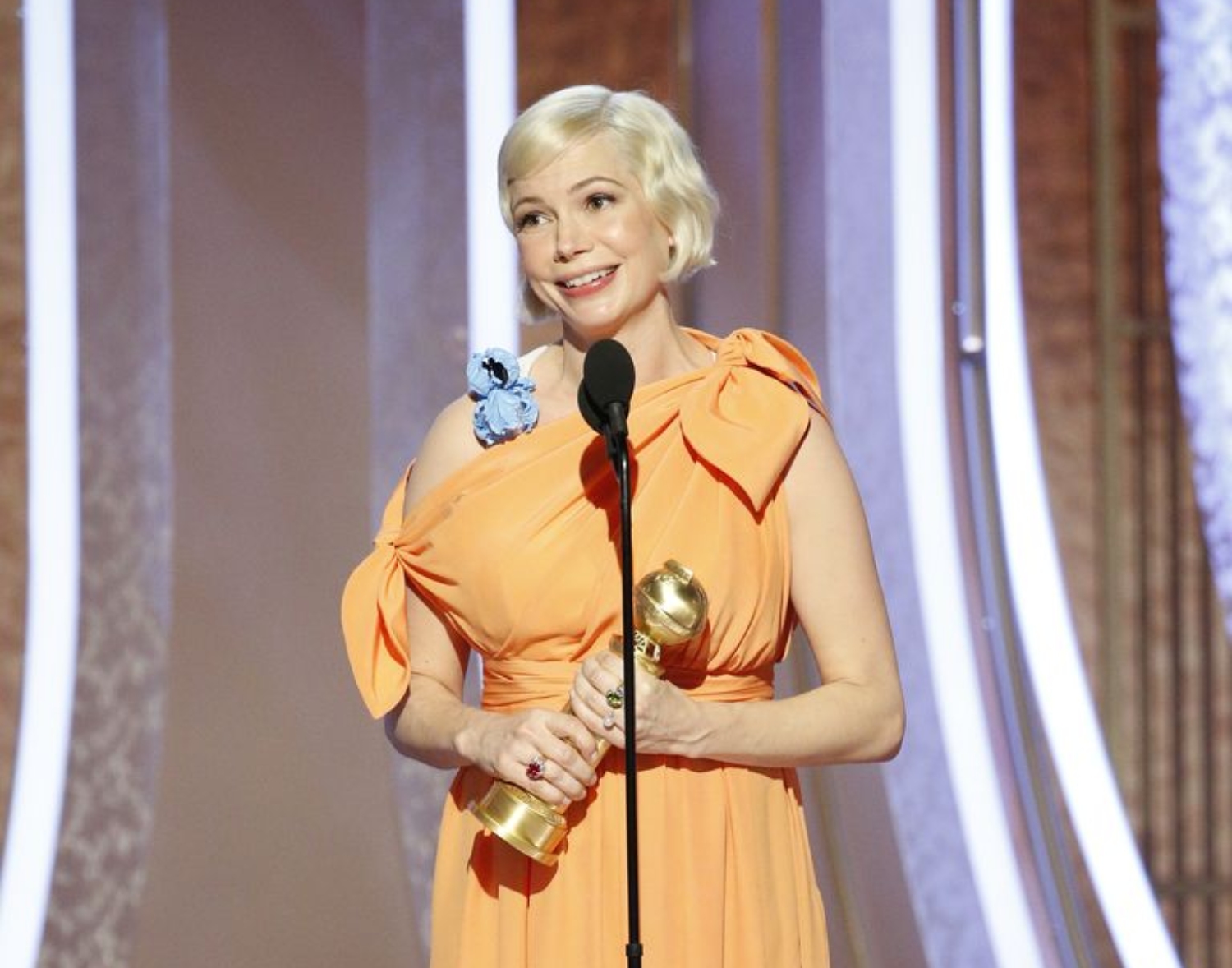 Culture /
Culture News
The actress called on women to rally together and vote in their “best interest” in the upcoming election.
by Bianca Betancourt 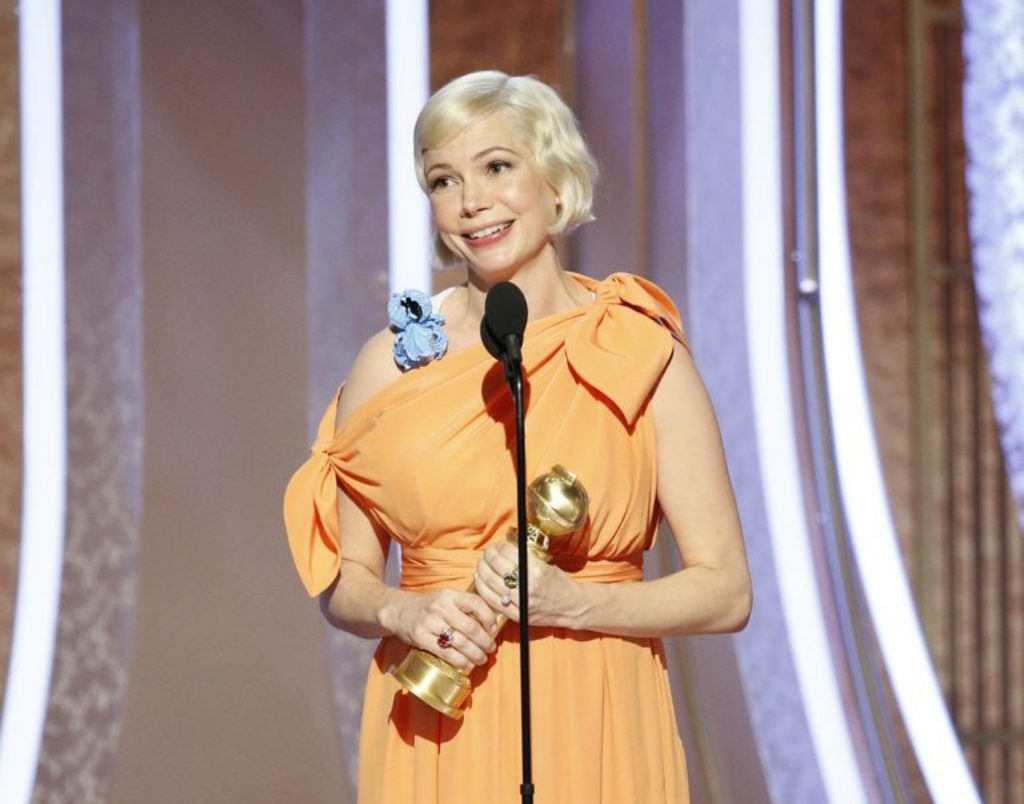 When Michelle Williams accepted her Golden Globe Award for Best Performance by an Actress in a Limited Series or Motion Picture Made for Television, rather than acknowledging a typical checklist of thank-yous, she dedicated her winning moment to reflecting on her inherent and unwavering belief in the power of women.

Williams won for her portrayal of Gwen Verdon in FX’s Fosse/Verdon and her new husband and director of Fosse/Verdon, Thomas Kail, and best friend, Busy Phillips, looked on and applauded as she made her speech. Williams was unapologetically political and inferred toward the never-ending legislative discourse regarding women’s rights, choices, and their bodies even in the year 2020.

“When you put this in someone’s hands, you’re acknowledging the choices that they make as an actor, moment by moment, scene by scene, day by day—but you’re also acknowledging the choices they make as a person—the education they pursue, the training they sought, the hours they put in,” said Williams. “I’m grateful for the acknowledgement of the choices I’ve made, and I’m also grateful to have lived at a moment in our society where choice exists, because as women and as girls, things can happen to our bodies that are not our choice.” 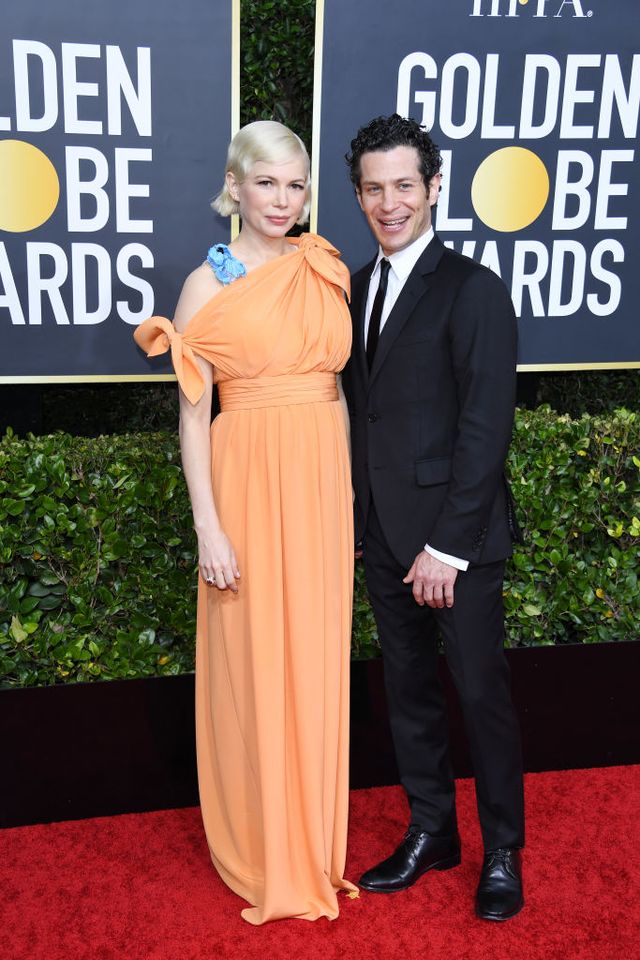 Williams went on to explain how the allowance of choice in her personal life as a wife and mother also reflected onto the strides she’s made thus far in her professional career.

“I’ve tried my very best to live a life of my own making and not just a series of events that have happened to me but one that I can stand back and look at and recognize my hand in writing all over, sometimes messy and scrawling, sometimes careful and precise, but one that I have carved with my own hand, and I wouldn’t have been able to do this without employing a woman’s right to choose,” Williams continued. “To choose when to have my children and with whom—when I felt supported and able to balance our lives knowing as all mothers know that the scales must and will tip towards our children. Now I know my choices might look different than yours, but thank God or whoever you pray to that we will live in a country founded on the principle that I am free to live by my faith and you are free to live by yours.”

“When it is time to vote, please do so in your own self-interest. It’s what men have been doing for years, which is why the world looks so much like them.”

“We are the largest voting body in this country. Let’s make it look more like us.”

Fellow actresses like Charlize Theron, Margot Robbie, and Reese Witherspoon nodded in agreement during Williams’s rousing speech, which she concluded by expressing the critical importance of women remembering the lengths of their influence and power when it comes to this year’s upcoming election.

“So women 18 to 118, when it is time to vote, please do so in your own self-interest. It’s what men have been doing for years, which is why the world looks so much like them,” concluded Williams. “But don’t forget, we are the largest voting body in this country—let’s make it look more like us.”