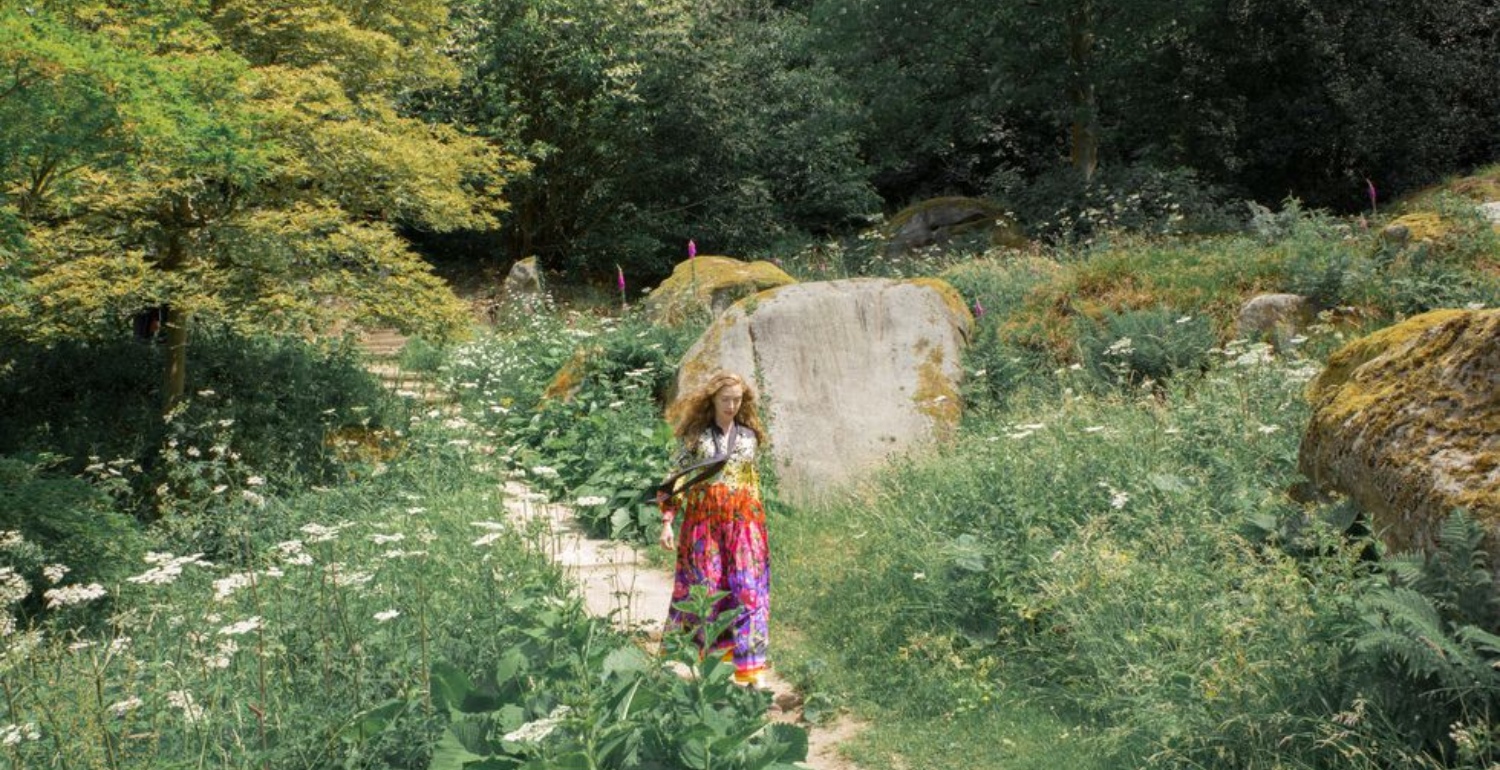 Culture /
Culture News
The American artist first bonded with Alessandro Michele over parrots and cockatoos in Shanghai.
By Meg Honigmann 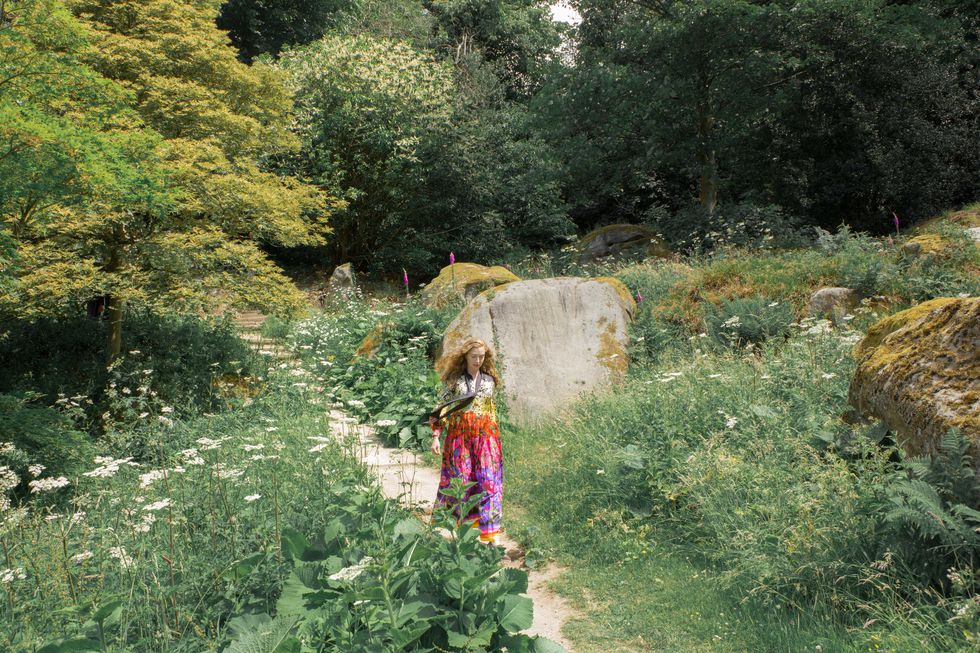 Rachel Feinstein glides in to meet me, cutting a striking figure in a silk ruffled magenta Gucci gown, a green Gucci belt and gold and silver Gucci shoes. An enormous aqua ring (a 100-carat gift from her artist husband John Currin after the birth of her first child) sits on her elegant hands – not those of someone who describes her studio as a “disgusting man cave”.

While her hands do not betray what she has accomplished – she is being honoured at a Women in Art Lunch hosted by British Friends of the Art Museums of Israel (BFAMI), and a major retrospective of her work will open at New York’s Jewish Museum in November – her tumbling pre-Raphaelite red hair confirms her role as a muse, not only to her husband but to designers galore. Marc Jacobs was so inspired by her flair that he designed his 2004 collection around her, Tom Ford cast her in his new womenswear line’s debut collection in 2010, and of course Alessandro Michele chose her to be Gucci’s first artist in residence. 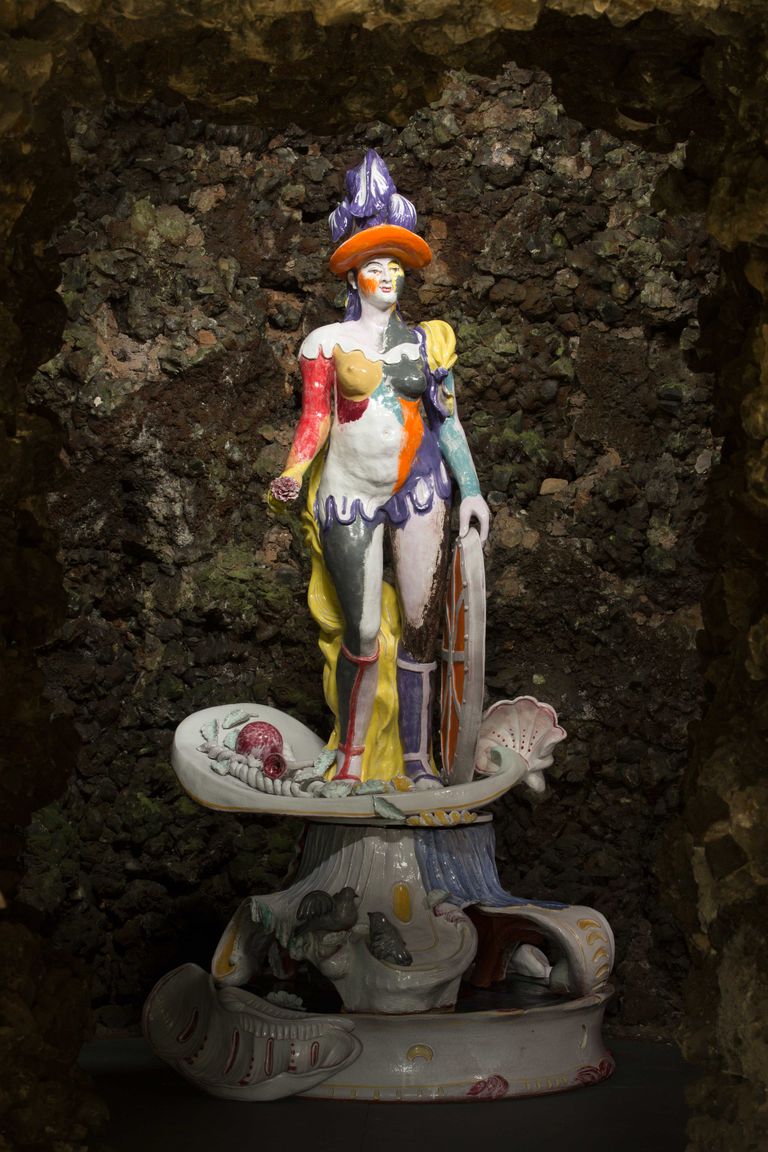 “I had just finished an LA Gagosian show,” says Feinstein of the moment she was selected. She immediately signed up because “I knew Chatsworth, of course”. Feinstein was excited by the fact that Lucian Freud spent a number of years there, and it was crucial to Michele to have someone who would understand the history and the beauty of the house.

Her two new works, which form part of a series called ‘Folly’, include ‘Britannia’, a porcelain statue representing the British Isles, and ‘Rococo Hut’, an aluminium playhouse that looks like a life-size pop-up castle from a fairy tale. Feinstein was originally going to create an installation indoors, but on her first day at Chatsworth, while sitting at lunch with the Duke and Duchess of Devonshire (“This sounds dorky but they felt like family”), the Duke suggested she see the grotto in the grounds. The moment she stepped inside, Feinstein knew it was the right place. “It has the most surrealistic natural light. Inside there were little burnt candle ends that I imagined had been there since the late 1700s or early 1800s. You just don’t know. They don’t use it, they’ve shut it down and closed the doors, so to walk around there I just felt like I was walking with ghosts.”

Once the space had been decided, the decision remained whether to opt for bright colour (as with Feinstein’s 2018 LA show) or pure white for the figure. It was a moment when her flair for fashion gave her an idea. Gucci sent over the photographer Samuel Keyte to capture her working process, and Feinstein, dressed in a rainbow Gucci gown, used the opportunity to test out positions for her life-size figure. “I said, could you do me a favour and photograph me from different distances, so he did one very close up in the grotto,” she recalls. “ I was doing different poses to see what would look good with the light, and when he sent them to me and that was it. Those colours in the dark, deep light just looked crazy.”

In the end, the collaboration was so important it inspired the artwork. “I think it was really the dress that did it,” she says. It never felt forced (“Look at what I’m wearing right now”), as she had worked with Gucci since 2015, when Feinstein flew to Shanghai for 24 hours for the opening of the show. “I sat next to Alessandro for four hours and talked about art history and Old Masters, and what we both get from it. We were just sitting outside in Shanghai and it was really amazing.” The pair bonded over their love of classical reinvention and playfulness, and bizarrely a passion for paradisiacal birds: Feinstein’s mum has 17 parrots, and Michele a cockatoo. 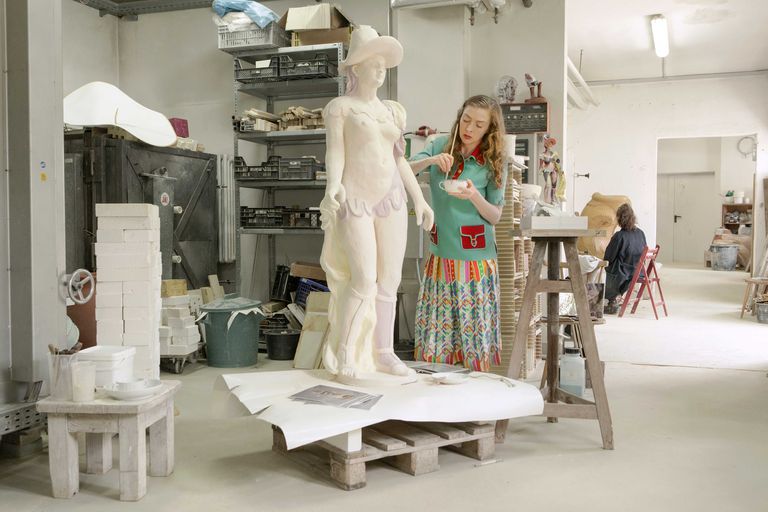 Feinstein is famous for her fascination with folk stories. She tells me about her childhood in Miami, “which was a completely weird version of a fairy tale in the Seventies and the Eighties. It was a time that was very lawless.” The area was a menagerie of fantastical animals: there were huge iguanas (“My cat ate one once”), dolphins right outside her window, and one memorable occasion when she went swimming in a natural pool, only to realise “there was a 10-foot alligator swimming there”. She credits this early atmosphere as formative for her later art. “Your childhood completely shapes you. By the time you’re 18 you’re just regurgitating things you’ve either consciously or unconsciously seen. And all art is made from that.”

It is also why she is drawn to the rococo style. “For me, it is much more intense because you’re using a language that is really hidden.” She likes the Warholian idea that you use art as a mirror on contemporary culture. “So if you use something that’s been around for centuries as your language and just do slight tweaks, it is more fascinating,” she says. “I think people think that fairy tales are for children and rococo is for old ladies – but they aren’t.”

I ask her about the influence of fashion in her life and on her art. “There were various points, especially when I was younger and had much more energy and free time, when I would use clothing as a means of performance,” she says. She would go to openings dressed to provoke. “A big thing for me was wearing a pubic merkin wig – like a big crazy black curly wig – and stick it in my underwear and wear a short skirt and see if anyone would notice the thing hanging out.” After college, she got a job in a bar; to ease the boredom, she would “just dress up in crazy outfits all throughout the night”. She brought shepherdess dresses and stockings that she would wear on her face – “I mean, just funny things like that.” More seriously, she is interested in how fashion allows women to shape the way they look. “Society has allowed us to have our bodies as objects, so why not take the control back?” she posits, ever the provocateur. And with that, she strides out, the picture of artistic empowerment.