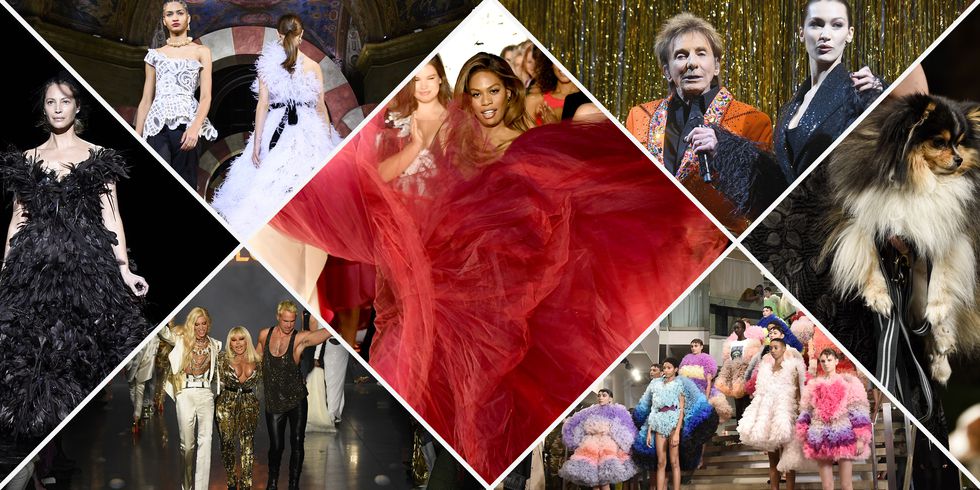 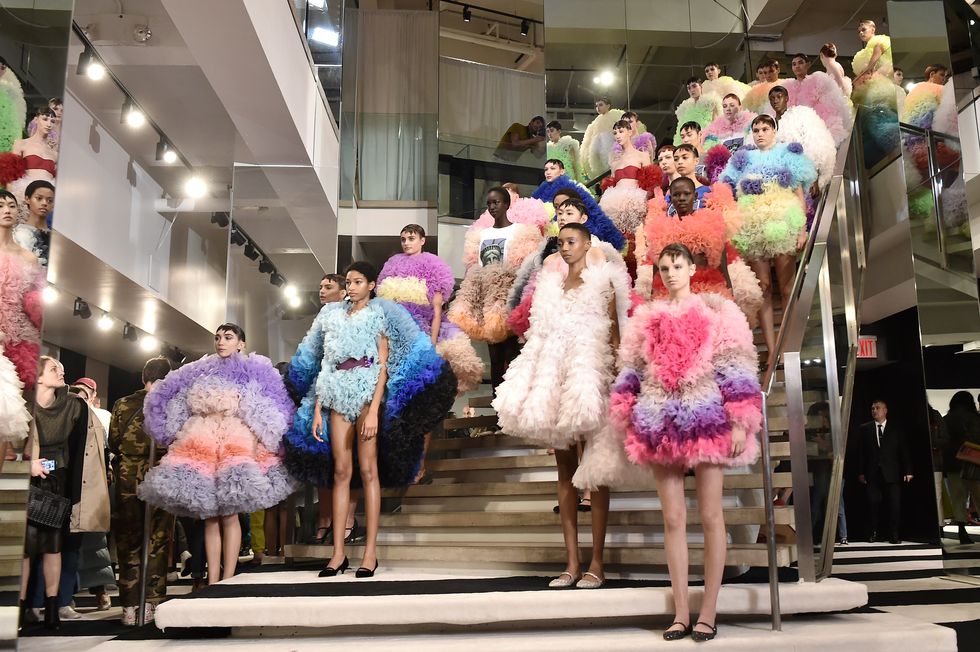 Nobody knew what to expect from the debut of Japanese costume designer Tomo Koizumi, but what resulted was one of those unexpectedly magical moments that takes the whole room’s breath away. After being discovered by Katie Grand on Instagram last month, the designer was immediately invited to present a collection at Marc Jacobs’ Madison Avenue store. A star-studded cast of models including Rowan Blanchard, Gwendoline Christie, Bella Hadid, Emily Ratajkowski, Joan Smalls, and more cascaded from a staircase in a series of colorful and whimsical puff gowns. Fashion loves a fairytale story and Koizumi’s—both colorful and unexpected—was just that.
Prev2 of 10Next