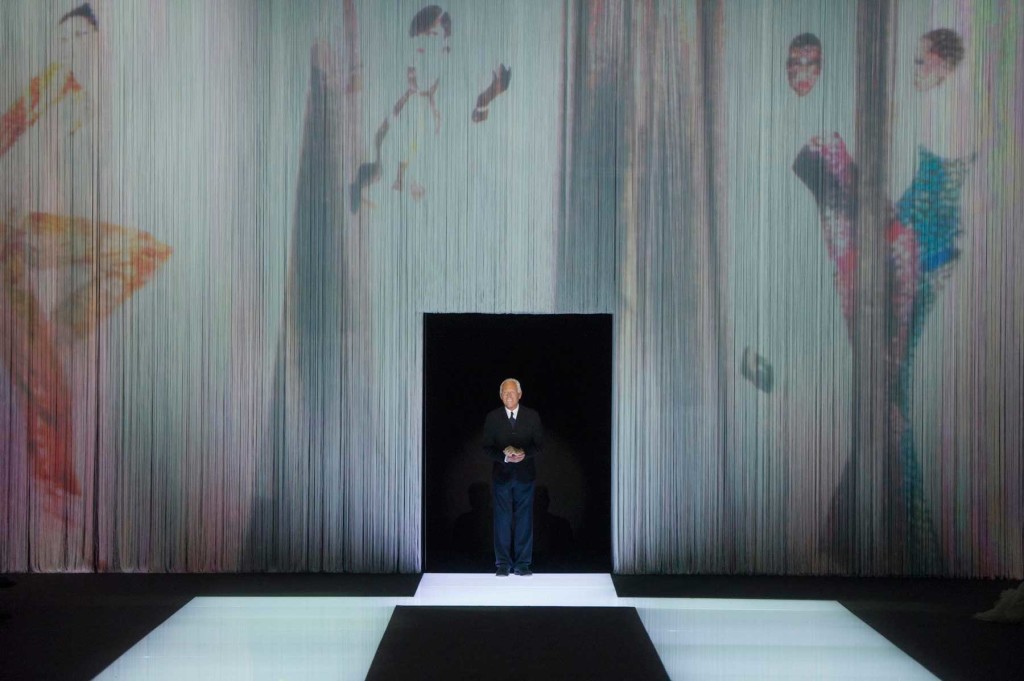 2015 is a big year for Giorgio Armani. Besides turning 80, Giorgio Armani has spent the whole of 2015 celebrating the 40th anniversary of his brand, while the Armani Privé line marks 10 years of couture craftsmanship. The Italian house recently threw back-to-back fêtes on the grandest scale. First came the opening of a huge three-storey flagship in one of the oldest buildings on Milan’s Via Montenapoleone, and then the unveiling of the new Armani/Silos.

This magnificent exhibition space serves as archive and showcase for Mr. Armani’s four decades of work. To celebrate, 500 international guests were treated to a one-off show of the most stunning Giorgio Armani Privé pieces curated from his 10 years in haute couture.