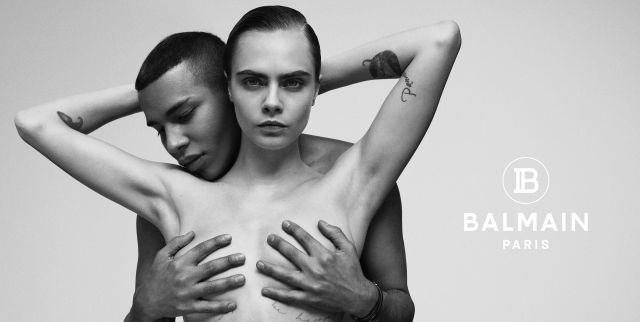 “It references all the iconic album covers of the Nineties, which were big pop culture moments of our childhood,” the Rousteing said of the tribute, shot by Dan Beleiu, to WWD.

But the provocative portrait did more than pay homage to the ’90s golden era of music. “The campaign shows the reunion of two skin tones, one black—or mixed race—and one white,” Rousteing added to the outlet. “Choosing to pose naked was all about authenticity.” He also noted that he wanted to create something “pure and transparent.”

Another photo shows Delevingne completely nude, sitting on a block in front of a large stone letter B—Pierre Balmain’s original logo for his eponymous brand, which was revived last year.

As for choosing the Cara as his muse, Rousteing told WWD, “I love her so much that I don’t want to see any clothes on her. Her gaze is so strong and magnetic, it’s nearly an item of clothing in itself.” 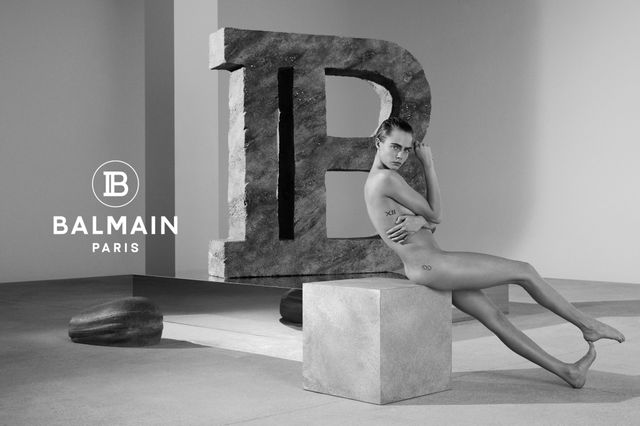 This isn’t the first time the designer has tapped the Brit for Balmain. Last September, she returned to the runway to open his show at Paris Fashion, while lip syncing to Prince, much to the audience’s surprise. 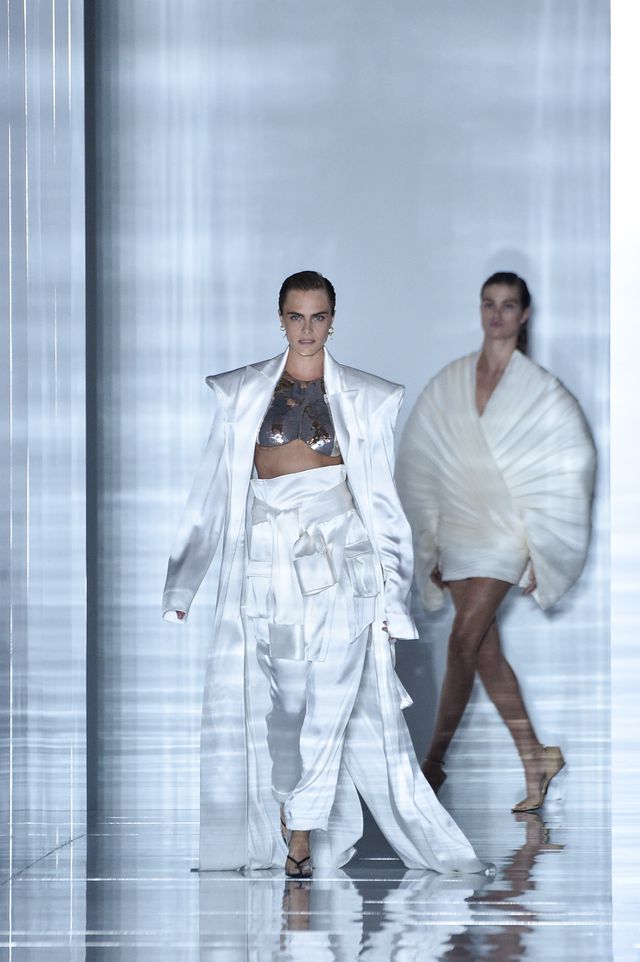