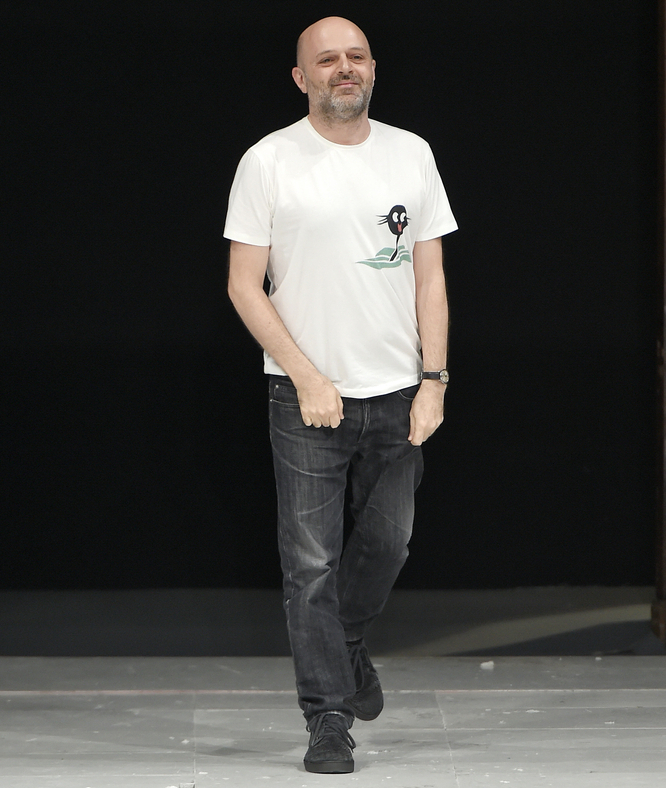 Hussein Chalayan is one of the greatest storytellers in the history of fashion as his body of work incorporates technology and boldness to create not only beautifully-cut clothes but most importantly, an unforgettable sophisticated performance. Born in Cyprus and then educated at Central St. Martins in London, the designer first showcased his experimental vision through his final-year collection titled "The Tangent Flows" where it was subsequently featured in the window of Brown's. Chalayan continued on to make waves in the fashion world by founding his own label -- which turns half a century this year. 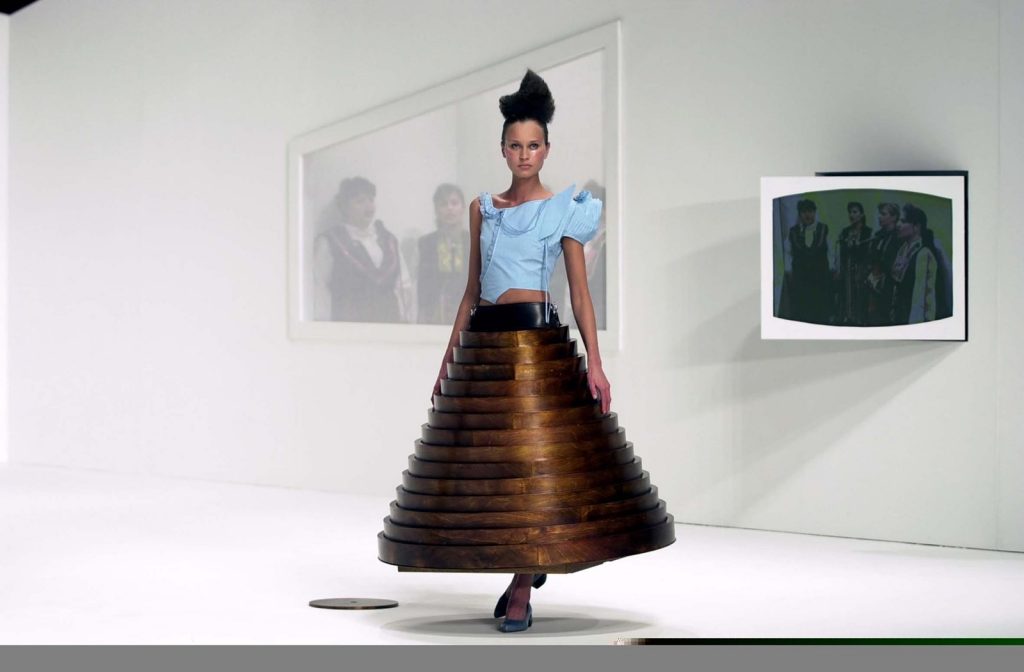 Chalayan brings avant-garde into a whole new level with his Autumn/Winter 2000 show where furnishings transformed into fashion. Combining his vision with wearable clothing, four chair covers and a coffee table were turned into dresses and a wooden skirt.